Google Pixel is an innovative Android phone series launched by Google itself in 2016. Google has launched Google Pixel by making it unique from other smartphones and adding additional features. Google Pixel is claimed to be the first phone that updates first with all new updates as they are released.

You can store unlimited pictures on Google photos; from this phone, the image quality remains the same. To enjoy your pictures and videos on a large screen, connect it with a PC or a TV. This article will find the best methods for cast Google Pixel 2 to TV and PC. 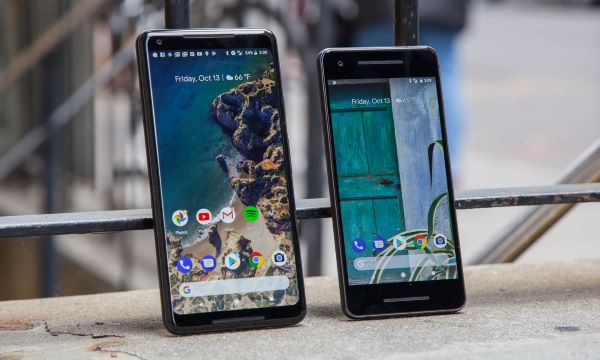 1 How to Connect Google Pixel to TV in A Minute without Chromecast?

Using Chromecast is possible but has some critical things to manage. AirDroid Cast Web is the fastest method to connect Google Pixel to TV within a minute without Chromecast. It needs no installation at the receiver end.

Using AirDroid Cast Web, you can cast google pixel 2 to a TV wirelessly, no matter wherever you are. It supports multi-operating systems.

How to Use AirDroid Cast Web?

Step 1. Install AirDroid Cast app on your mobile phone by click download button below to share the screen on a TV. For TV, you don’t need to install the app. Go to the browser and open the official AirDroid Cast Web page: webcast.airdroid.com.

Step 2. Scan the code from your Google Pixel mobile that you will receive on your TV screen.

Step 3. After scanning the code, your Pixel phone screen will be displayed on the TV immediately.

You can share a screen from any mobile device, whether an Android or iOS device. Even it supports all the tablets too. It is also compatible with Windows, Mac, and Linux.

To share your Google Pixel mobile screen to TV, you need to connect both the devices with the same Wi-Fi and configure the settings to start sharing the screen.

This method is free to use and involves just a few steps. Let’s discuss the steps in a bit more detail.

Step 1. Open your phone and from the All Apps menu, get the Settings option and open it.

Step 2. After opening the Settings tab, click on Connected Devices, and you will get all the available devices there.

Step 3. Select your TV name from the list of available devices. Right after connecting, the app will share your screen.

2 How to Connect Google Pixel to PC Using the Best Apps within No Time?

AirDroid Cast is an adorable app for screen mirroring; its extraordinary features have made it the best compared to other screen mirroring apps. With AirDroid Cast, you can share full five screens at a time and enjoy playing your favorite games on a big screen. It supports all Android and iOS devices. So, you have no issue with whatever mobile device you have. 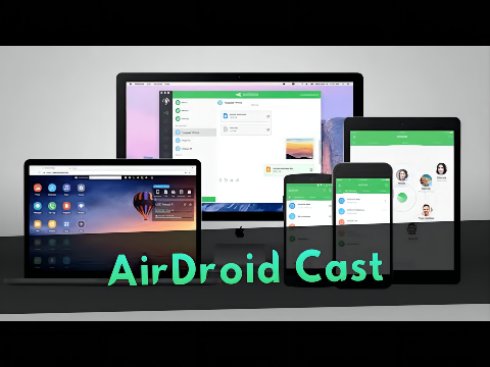 How to Use AirDroid Cast for Google Pixel?

Step 1. Download the app on your mobile phone and computer and install it to start the process.

Step 2. On your PC, select the mode for connecting with the your Pixel phone.

USB Cable: Connect your Google Pixel phone to PC with a USB cable. 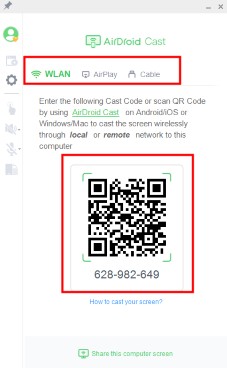 Step 3. After selecting the mode of connection, follow the instruction to finish connection. Then you will get a permission notification on both devices. Press “Allow” to start mirroring.

Note : If you want to control your mobile phone on a PC, click the hand icon in the interface to activate the control feature.

ApowerMirror is one of the best screen mirroring apps. It allows you to screen mirror your Android and iOS devices to a PC. ApowerMirror provides a high-quality output display. You can use it either for home entertainment or official meetings and presentations. ApowerMirror enables you to control your mobile on a PC using ApowerMirror. Even you can take screenshots and record the phone screen using this application. It also owns the latest cloud mirroring technology. You can use ApowerMirror for screen mirroring in three steps only:

Step 1. Download and install the ApowerMirror App on your PC.

Step 2. Connect both the devices using a USB cable or WI-FI (whatever is feasible for you).

Step 3. After going through the above steps, you will watch your mobile screen on the PC, from where you can also control it.

3 What is the Difference between Google Pixel 2 and 2xl?

Google Pixel has launched some series after its successful launch in 2016. It successfully launched Google Pixel 2 and 2xl. However, they are the same generation but still have some differences. It ideally differs in price, shape and size, battery, and weight. Price: The price of Google Pixel 2xl is comparatively higher.

Related : How to Mirror Google Pixel Phone to Samsung TV?

In this article, we compared the two second-generation Google Pixel mobile phones based on their specifications. Pixel 2xl is quite costly as compared to Pixel 2. Ans we discussed the Google Pixel for screen mirroring without Chromecast. Although Chromecast is also a way to screen mirror, it is not much appropriate. There are several other best ways to share the screen within a minute on your TV and PC. A comparison between AirDroid Cast and AirDroid Cast Web clearly shows which application is the best according to your requirements.

Which Application is the Best for Screen Mirroring Android to TV?

Elsa
AirDroid Cast Web is preferably the best choice for screen mirroring Android to TV within no time and best quality results. (At first, you need to make sure your Smart-TV supports web browser).
Does AirDroid Cast also Support iOS Devices?

Elsa
Yes, AirDroid Cast supports all devices, including both iOS and Android devices. This app even supports cast Windows and Mac to another computer.
Was This Page Helpful?
You Might Also Like