Apple AirPlay is a proprietary wireless streaming technology that allows the transmission of audio and video content from devices to other compatible devices such as iOS, MacOS, Apple TV, and other Apple hardware, etc.

It can stream anything from any Apple device to a big screen. With AirPlay on Mac, users can broadcast music, photos, and videos. It can even mirror the whole screen to make big presentations or just share content onto a larger display.

To know more about how to turn on and use AirPlay on Mac, stay with us till the end of the article. Part 1. How Many Devices Can Support AirPlay?

Here is the list of devices that are capable of working with the AirPlay system:

The devices to which you can broadcast using AirPlay are:

Part 2. How to Enable AirPlay on Mac?

To enable AirPlay on Mac, follow the given guidelines.

Step 2.Open "Displays"
In the second step, find and select "Displays," in the “System Preferences” which resembles a computer monitor. From the drop-down menu, select an available display. To access the quick menu bar to AirPlay, select “the box next to Show mirroring options in the menu bar when available”. 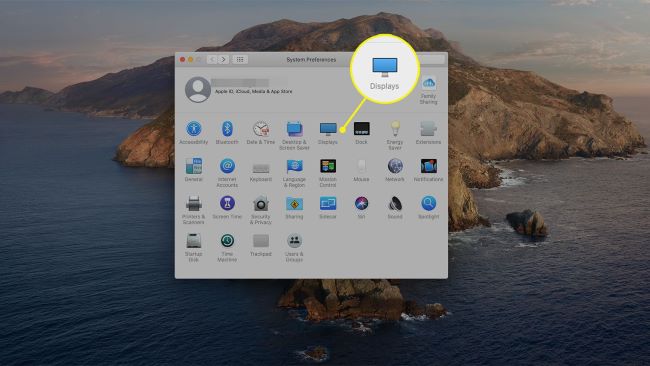 Step 3.Search the AirPlay icon
Now in the Apple menu bar, locate the AirPlay icon and choose an Apple or AirPlay-compatible devices.
Note : A passcode will be required upon first-time connection.

Part 3. How to AirPlay from Mac to TV?

If you want to mirror your Mac to TV, simply activate AirPlay at the right place, and it will begin mirroring. You can adjust the size accordingly on your computer screen.

1. How to AirPlay from Mac to Apple TV?

With Apple TV you can use your TV as an extra screen or mirror the entire display of your Mac. Here is how to AirPlay from a Mac to a TV. 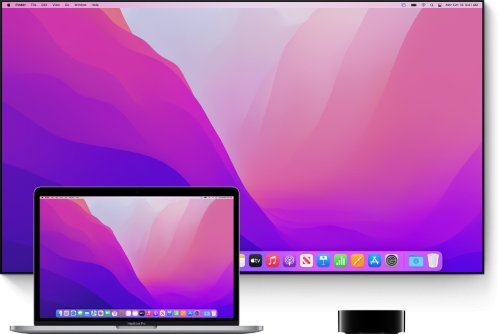 2. How to AirPlay from Mac to Roku TV?

You can mirror your entire screen to your Roku from the menu bar on your Mac. Here is how! 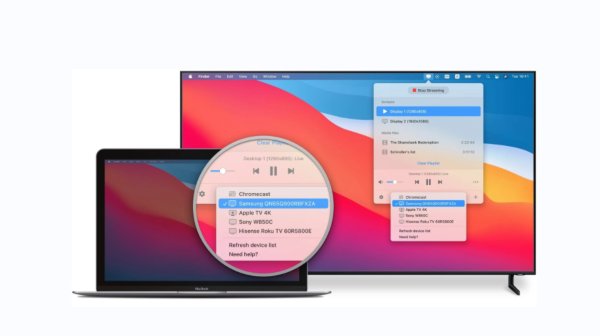 Part 4. How to AirPlay from Phone to Mac?

All Apple devices support AirPlay so it is easy to connect your iOS devices to your Mac. However, Android needs special arrangements to AirPlay with Mac as it does not support the AirPlay feature.

1. AirPlay from iPhone/iPad to Mac:

Once you have installed MacOS Monterey on a supported Mac, there’s not much you need to AirPlay from an iOS device to your computer. Here is how to AirPlay from iPhone or iPad. 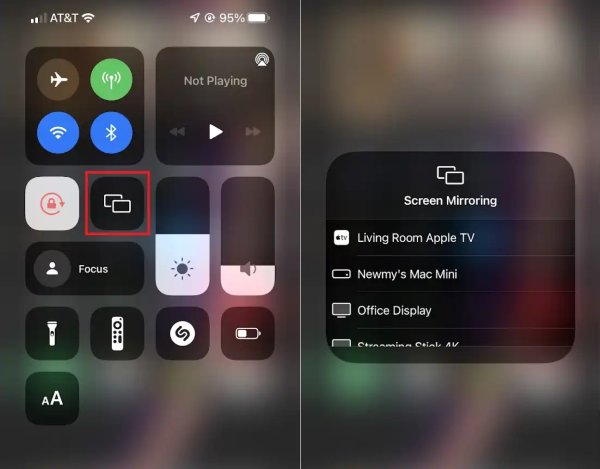 AirPlay from Android to Mac:

Android devices do not support the AirPlay feature. However, if want to mirror your Android content to Mac, you can use AirDroid Cast. Airdroid Cast is a screen sharing and mirroring app that lets you view your phone on a bigger screen.

Here is how to use AirDroid Cast to mirror Android to Mac.

Step 1.Download and Install the App
Download and install the Airdroid Cast software by click download button below or Google Play on your Android device as well as on your Mac.
Try It Free

Step 2.Cast Android Devices' Screen to your Mac
Open Airdroid Cast on your computer and Android device and start the Cast request by putting the Cast Code in your computer or scanning the cast code through Android. USB cable connection is also available. Step 3.Allow Screencasting
Tap the “start casting” button, and press the icon “Allow the device to cast its screen on this computer”. A message will pop up saying: "AirDroid Cast will start capturing everything that's displayed on your screen. Tap "Allow" and enable the permission. After following all the steps, your Android device's screen will appear on your Mac.

Part 5. How to Mirror Your Mac to Another PC?

If you want to mirror your Mac to another PC, AirDroid Cast will help you. AirDroid Cast makes it possible for you to wirelessly stream content from one computer to another, even when they're a great distance apart. How? We'll tell you how! 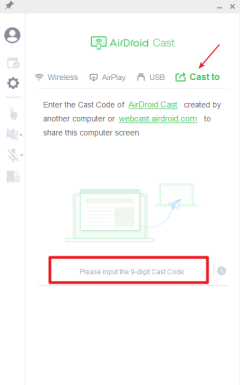 Part 6. Is it possible to AirPlay from Mac to iPhone/iPad?

It's possible to AirPlay from Mac to another AirPlay-compatible device, like iPhone or iPad. Expanding or mirroring your screen is optimal for the sharing of files, presenting and entertainment, etc. In this section, we will also go over how to mirror your Mac to your iPad or iPhone.

To connect your Mac to your iPhone or iPad, both devices must be using the same Wi-Fi and Apple ID. For easy connection, follow the steps.

Note : How to Use AirPlay on Windows?

AirPlay is an Apple-built protocol that allows streaming, extending, or mirroring screens between devices on the same local area network. Through the AirPlay feature, you can stream the entire screen of your iPhone, iPad, or Mac or you can stream just an application’s display to a TV screen wirelessly. But if you want to mirror an Android phone to other devices, you can use AirDroid Cast, that's a wonderful software for screen sharing and mirroring.