GG Meaning: The Definition, Use Cases and More

Many terms confuse us when we talk about social media and make us wonder what it means. GG slang definition and how it relates to mobile phone gaming is a common question parents ask.

There are plenty of words that we use in everyday life that people may not know what they mean. One such word is GG slang, which I will be discussing in this article.

GG slang means "good game," a common phrase in the League of Legends community. GG stands for "good game," but it also means "good grief" or "good God." Sometimes, you'll hear people say it. At the same time, they're frustrated, which makes sense because they're frustrated about losing a game. Hence, it's unsurprising that they would want to express their frustration uniquely. 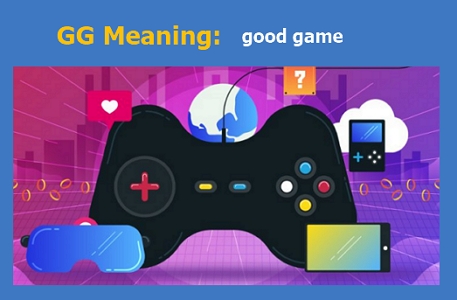 GG slang is used in a different scenario. However, other times, people might use GG to express sexual innuendo. The GG Slang is usually used in a text, and sometimes it is sexually explicit slang for "Game and Giving." It means that the partner was great in bed. For example, if someone says GG after their partner has fallen asleep and their partner wakes up and says "GG?" then all of those things can be taken as sexual innuendo.

It is an interesting concept because guys often use this phrase to tell each other they are ready for sex, but that's not always the case. Sometimes guys use it to show gratitude toward their partners or friends who have done something nice for them.

GG, short for a good game, is slang used in the gaming community. GG is often used as a sign of respect and acknowledgment that the opponent has played well. GG can also be used as a form of congratulations to the opponent who has won.

The origin of GG slang can be traced back to the 1980s with video games like "Pac-Man" and "Space Invaders." The term was coined by gamers from San Jose State University who would say, "Good game!" after playing their matches against each other. In 1990, this term became popularized when it was included in an issue of Nintendo Power magazine.

GGWP stands for "Good Game Well Played." It is a slang term used in the video game community to congratulate someone on a well-played game. It is also a way of saying goodbye to the opponent in the game. It is also used when someone has won the game and wants to show respect for the other person who lost. It is often used in multiplayer games such as League of Legends and Overwatch. 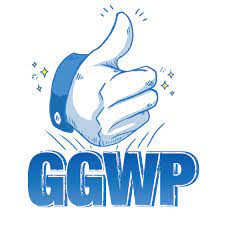 The slang GGEZ originates from League of Legends, popularized by the community as praising their opponents for winning a game or challenging them to a rematch. The phrase has been used in other games such as Call of Duty, Counter-Strike, FIFA, and even Halo 5: Guardians.

GG No RE is slang for Good Game No Rematch in video games. It is usually used at the end of the game when one person wins, but another person wants them to rematch. The slang was created by gamers tired of constantly playing against the same opponents repeatedly with no chance of winning.

The phrase "GG no RE" means "Good Game No Rematch," but it can also be used as an insult when someone loses a fight with someone you don't like or doesn't want to play with anymore.

Part 4: How to Talk with Your Kids about GG

It can be hard to talk about the GG with your kids because they're not fully old enough to grasp what it means. But there are ways to help them understand how this kind of abuse happens online and how to keep an eye on their chats, texts, and gaming if they use adult words.

GG is like cyberbullying; it involves much hostility and means comments directed at someone else through social media. But unlike cyberbullying, GG is often done by groups of people who work together to make fun of someone or something. They use their public profiles to target the victim and share their personal information with friends and family members.

Try explaining to your kids that some people might use the GG term when they're playing games online. But it could also mean something else entirely different. So, they should be aware of the other meaning as well.

Part 5: Get Notification of Text Messages like GG and Blocking Inappropriate Games

You can watch their text and game logs with modern mobile apps like the AirDroid Parental Control App. It is an amazing application created to make your life so much easier. This app allows you to monitor your kid's mobile phone usage and activities. So, this will help you in taking the right steps to secure your kid from such terms and cyberbullying.

It is available for Android and iOS.

Why Should You Use AirDroid Parental Control?

Parents are always worried about what their kids do on the internet and how they spend their time. Even though it's not your business, you still want to know. The app makes it easy for parents.

It allows parents to monitor what their children are doing online. You can check their web history, block all apps and games, read texts, and more.