Some people find it easier to access their iPad features on a PC. Thanks to modern technology that has made it possible for us to mirror and control iPad on PC. You can use different methods as per your preferences to cast an iPad screen on your computer and enjoy all functionalities on the big screen. Read this article to learn how to mirror and control iPad on PC with and without apps.

Part 1: 5 Ways to Mirror and Control iPad on Windows PC with Apps

1Mirror and Control iPad on PC with AirDroid Cast

AirDroid Cast is a cross-platform screen mirroring app that allows its users to mirror and control their Android/iOS/Windows/Mac digital devices from a PC. It supports WLAN, AirPlay and USB these several ways to start casting, easy and simple! Step 2. Make sure that both the iPad and Windows/Mac computer are under the same Wi-Fi network. You must also ensure the AirPlay Server is running. Step 3. On your iPad device, Go to Control Center and tap Screen Mirroring 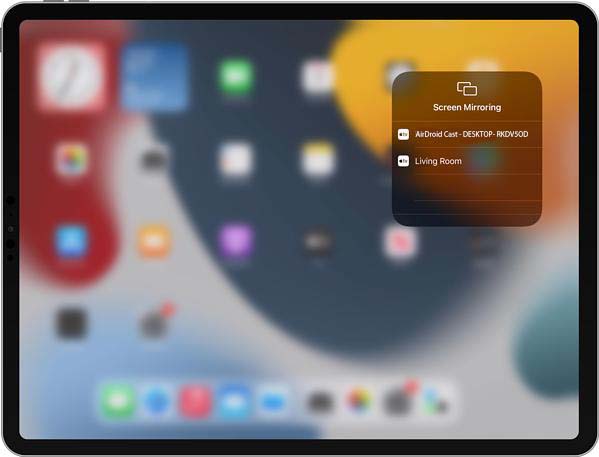 Step 5. Clicking the control icon on the left menu bar of AirDroid Cast on your computer to start control iPad on PC.

2Project iPad to PC with Mirroring360

Mirroring360 is a great app to screen mirror iPad to Windows. Here’s how it works:

Step 1. Download and install the Mirroring360 app on your iPad and PC. Open the app on your computer and enter the license key to complete registration. You can also try a 7-days free trial.

Step 2. Connect your iPad and PC to the same Wi-Fi connection. Open the app on your iPad. Turn on Airplay + Mirroring and select your PC from the list.

LetsView is a free wirelessly screen mirroring tool that is compatible with multiple platforms. The main feature is to cast phone screen, as well as other smart devices.

To mirror iPad to PC by using LetsView, you have to follow these steps which are listed below.

Step 2. Connect your iPad and PC to the same Wi-Fi connection. Launch LetsView on iPad and select your PC from the list.

Step 3. From your iPad, select Phone Screen Mirroring in the LetsView app to mirror the iPad screen on a PC.

ApowerMirror is another user-friendly and time-proven screen mirroring app with special features like whiteboard annotation, screen capture, and screen recording. 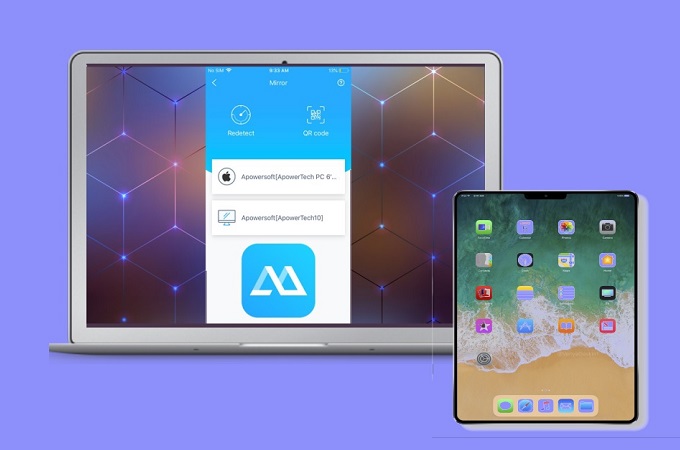 Step 1. First of all, download the ApowerMirror and install it on both your iPad and computer desktop.

Step 2. Connect both these devices to the same Wi-Fi connection.

Step 3. After connecting, launch ApowerMirror on your iPad and select Tap to Mirror.

Step 4. Next, go to the Control Center on iPad, tap Screen Mirroring, and select your PC from the list. You can also use the QR code or PIN code for connection.

The 5th app to wirelessly share an iPad screen to a PC is Reflector. It allows users to access various functionalities such as live streaming, screen recording, device framing, audio-only streaming, multiple connections, and full-scale mode. You can also establish screen mirroring connections from different apps like Miracast, Google Cast, and AirPlay. 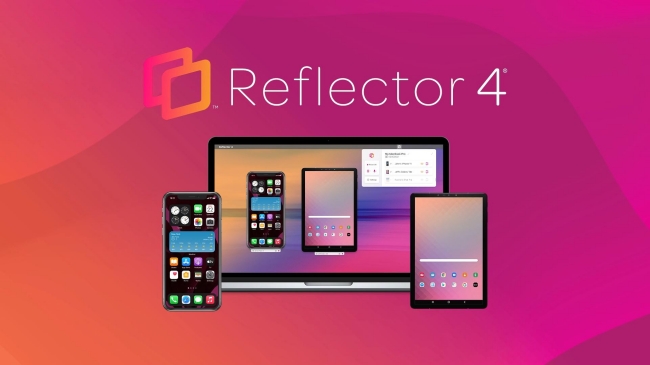 Follow these simple steps to mirror your iPad on PC with Reflector:

Step 1. Download and install Reflector on your iPad and PC. The iOS version is available on App Store while the desktop version can be found on the official website of Reflector.

Step 2. Choose a pricing plan to start your 7-days free trial. Connect the iPad and PC to the same Wi-Fi connection.

Step 3. On your iPad, go to Control Center, tap Screen Mirroring, and select your PC.

Step 4. Toggle the mirroring switch below your PC name to begin mirroring the iPad to your PC.

Step 5. Once iPad is connected to a PC, you will be able to share iPad screen and control your iPad from a PC.

Part 2: How to Mirror iPad to Mac without Apps

QuickTime Player is a built-in screen mirroring tool developed by Apple. So you can mirror iPad to Mac without installing Apps.

Find out how to share iPad screen on PC with QuickTime (USB needed):

Step 1. Connect your iPad to your PC via a lightening USB cable.

Step 3. Select iPad as the default device and start the mirroring process.

Step 4. Your iPad is now fully mirrored on your PC.

Part 3: Bonus Tips – How to Mirror iPad to TV with Chromecast

Chromecast (also called Google Cast) is a proprietary protocol to mirror iPad and share iPad contents with Smart TV with the help of different screen mirroring tools. Among them, the best tool is Google Home, which is among the most well-known apps to display the iPad’s screen to Chromecast TV. 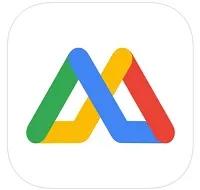 Follow the below steps to mirror iPad to TV:

Step 1. Connect the Chromecast dongle with the TV via an HDMI cable.

Step 2. On your iPad, launch the Google Home and select devices from the top-right hand corner.

Step 3. Follow the on-screen setup and give a unique name to your Chromecast.

Step 4. Connect your iPad and TV to the same Wi-Fi connection.

Step 5. Enter the main interface of Google Home, select any movie and video, and tap the Cast icon.Enjoy iPad mirroring on Chromecast TV.

Screen sharing is an amazing feature that allows users to cast screens on two or more devices. Various tools are available for iPad screen mirroring to windows PC such as AirDroid Cast, Reflector, LetsView, Mirroring360, and ApowerMirror.

Besides, iOS devices also have a built-in AirPlay screen mirroring app. By using AirDroid Cast, your Windows PC or Mac can be turned into an AirPlay receiver, so that you can mirror and control iPad/iPhone on PC/Mac easily and instantly!

FAQs about Mirror and Control iPad on PC

How can I mirror my iPad to my computer?

Elsa
Go to Control Center on your iPad and tap AirPlay or Screen Mirroring. From the list, select your computer name to start mirroring your iPad. Make sure both the devices are connected to the same Wi-Fi connection.
How do I control my iPad from Windows 10?

Elsa
Connect your iPad and Windows PC to the same Wi-Fi connection. On your iPad, tap Screen Mirroring, select your PC, and wait for connection. Once both devices have been connected to each other, you can control your iPad from Windows 10.
How do I mirror my Mac screen to my iPad?

Elsa
Go to the Control Center on your iPad and click AirPlay. Next, select the Mac device you want to mirror and enable mirroring to share the Mac screen with the iPad.
Was This Page Helpful?