AirDroid Cast allows you to cast & control your Android/iOS devices with a mouse and keyboard from a computer. By using this tool, you can begin to play mobile games on a PC/Mac within 2 minutes.

How to Play Mobile Games on PC? Quick Solutions Here!

You can play games that are intended for mobile phones on PC.

Playing mobile games on the larger screen sound amazing, right? However, not officially, the mobile games can be accessed by using either an emulator or casting applications.

There are countless programs that offer such services online, however, It is essential to know who to trust and how to use the offered services correctly. Great news, you are on the right track. In this article, we will offer some useful information about game mirroring and other methods to play Android/iOS games on PC/TV.

One of the best ways to have mobile-only games on PC is the use of the AirDroid Cast. And even great news is that they can be used on both Android and iOS devices.

It comes with controlling features that allow you to control your phone from a larger-screened device.

Additionally, the tool has a microphone and speaker, therefore you can use the two-way audio and communicate with your teammates from the computer.

Mirror and Control Mobile Phone on PC with AirDroid Cast

Step 2.Finish connection
Choose one method to connect your mobile phone and computer.

1. Wireless: Using the wirreless sharing method is the most chosen one among all. To use this method, you will have to either scan the QR code that is shown on the AirDroid Desktop tool or enter the code that is displayed underneath the QR code. After doing so, you have to grant permission to the application so that it can have access on both devices. 2. AirPlay: Airplay is one of the ways to connect the desktop device to the iOS mobile phone using AirDroid Cast. For this particular one, both devices need to be connected to the same Wi-Fi and you will have to check whether the AirPlay server is up and running. Then you go to the screen mirroring settings that can be found on your phone, found the one that says AirDroid Cast, and start sharing. 3. USB: Find a USB cable to connect your mobile phone and computer, click on your phone from AirDroid Cast interface.This option is for both Android and iOS users. For the games, the USB cable option works the best. It ensures that the picture is shown in higher quality and requires faster frame rates, which is essential when playing video games. Step 3.Start play mobile game on PC
After successful connection, click on the hand icon to active the control feature. Then you can start to play Android/iPhone games on your PC. AirDroid Cast offers cross-platform compatibility. It can support the sharing of up to five device screens at once. Connection of devices can be possible even if the devices are not connected to the same network. However, this function requires a premium account. This feature gives the possibility to share the screen remotely even from a different location. 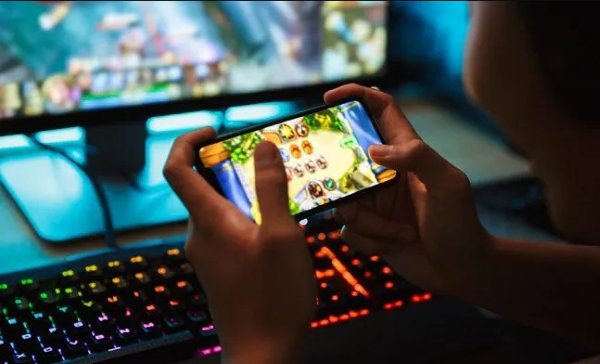 You can control the Android and iOS devices from a computer too by using the controlling gestures that are included in the tool and by use of mouse. Additionally, The tool has a user-friendly interface and is easy to use. People find it very helpful that it is possible to play multiplayer games without having any interruptions.

2 How to Mirror Mobile Games to TV?

If you want to enjoy your iPhone games on TV, then here are two different methods for you to mirror your iOS games to the TV.

If you don't have an AirPlay compatible TV, don't stress. You can still watch your game on the TV screen with the help of a third-party tool called "AirDroid Cast Web". This method is also available for Android phone.

Android users have different options for screen mirroring games to TV, such as:

The easiest and most genuine way to connect an Android to an HDMI input on the TV. For this purpose, the following cables are used.

3 How to Play Mobile Games on PC with Emulators?

Emulators are virtual devices that mimic Android devices. It gives the possibility to simulate the Android device program on the computer and use the applications that only offer mobile versions.

There are some very famous emulators that are used for gaming, including Bliss OS, Archon, and Bluestack. One of the most famous and mostly-used Android emulators is Bluestack.

BlueStack emulator is a free tool and even allows to run of multiple applications at once. It also offers an Android GamePop console with virtualization. There are a few system requirements that your device has to have in order to use BlueStack. 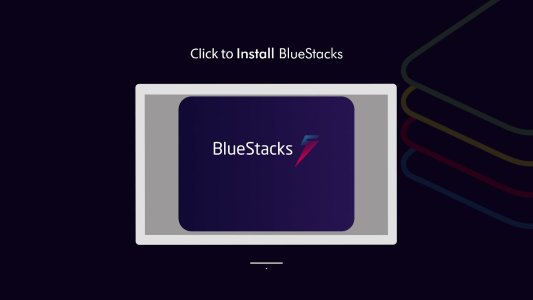 Generally, playing video games on the emulator can be one of the finest ways, however, it can come with a few errors such as lagging. Emulators are very quick to open and launch but browsing actual games can take a while. Another thing with Android emulators is that they can take a lot of hard disk space and therefore, slow down the performance of your computer.

2. Use Android-X86 to Run Android Directly on Your PC

Another way how to play Android games on PC is by use of Android-X86. Android-X86 is the operating system that allows installing the Android mobile apps on the Indel and AMD devices.

The installation process is a little more complicated in comparison to other programs. However, it comes with a self-explanatory GUI. Normally, most people install it by burning Android-X86 on the bootable CD or USB memory stick.

Additionally to that, the Android OS has to be installed on the hard drive. This application makes it available to create an “Android device” on any PC. This tool offers an almost complete stock Android.

You can use the Android-X86 on PC to play any game you want that is available on the Google Play Store. Android Pie which is the newer release of Android-X86 can run most high-resolution games. However, the choice can be limited and you may not find the exact game that you are looking for.

Some people wonder how to play mobile games on PC, and if they can be downloaded by the Amazon App Store. Amazon app store is available for all Amazon Fire devices. The list also includes Kindle Fire and Fire Stick. 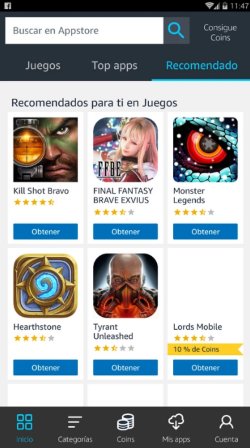 Additionally, the applications can be downloaded from a web browser and Android Devices. Amazon Appstore has almost the same purpose that Google play does. Therefore, similarly to the Google Play Store, it offers Android Game Apps too.

Amazon Appstore even released the Standalone application for Android devices and mobile phones. It allows users to enjoy the Android Games App which is located under the “Games” option. Or you can simply type your favorite Game’s name in the search and if they offer it, the game app will eventually appear on the screen ready to download.

If you have ever wondered how to play iOS games on PC, There are several tools that might help you. However, One of the most widespread solutions is iPadian. iPadian is an iPad simulator that makes it possible to play iOS applications and games on desktop devices.

By use of this tool, you can play the games that are intended for iOS devices on the PC. To do so, first, you will have to download the tool application. After the download is done, then install it by following simple instructions. Log in and open the App Store. Woala, there you will be able to find any game you wish and play it on your PC.

According to the recent news, Google started to test the Windows app that will bring Android games to PCs. The Game app is thought to be available in 2022. According to Google’s Product director, the Windows application will make gaming easier by having the possibility to do it on various devices including phones, tablets, and Chromebook.

Related: How to View Broken Phone Screen on Computer?

Because of the collaboration that happened between Microsoft and Amazon, soon Windows 11 will give the possibility to play Android apps on the PC. The Game apps will be available on Amazon’s app store. Even though recently released versions do not support this feature, it is planned to come soon. Currently, you can archive this only if you are Window Insider wither in the beta, dev, or other release channels.

Since you came across this article, you may be wondering how to play mobile games on PC. We already discussed different ways to archive this and all of them have their pros and cons. After careful observation, the most viable tool that can be used to play mobile games on PC is AirDroid Cast. It offers several connection ways and can provide a fast frame rate, clear picture, and two-ways audio.