How to Play iOS Games on PC?

Top 3 Ways to Play iOS Games on a PC

Q: Is It Possible to Play iOS Games on PC?

This article is going to be interesting especially for game lovers because we are going to discuss a very desirable feature of our technology by which gamer can play their games on the big screen and also control the games using the PC controls like keyboard and mouse.

Playing games on iOS is quite interesting but it lacks the entertainment that can be enjoyed with a big screen and better controls. In this article, we will let you know how to play iOS games on PC.

Part 1. How to Use iOS Apps or How to Play iOS Games on PC?

There are various methods you can utilize to play iOS games on your PC. It could be using third-party apps that can share your screen and make you able to control your iPhone on a PC.

AirDroid Cast is one of the best screen mirroring applications as it is a powerful casting application supporting both Android and iOS devices to share their screen on PC having Windows or Mac. This tool is considered the best because of its device controlling feature. It can control your iOS device on your PC. That is the reason it is the best choice for gamer to play and control your iPhone on a PC. It also has the microphone and speakers availability that makes it more famous. Moreover, it is secure and easy to use.

AirDroid Cast has three simple methods to connect and cast the devices. That is the reason more users are attracted and targeted using any method they have the feasibility.

Note : Click download button below to install this app onto both your iOS devices and PC.
Try It Free

WLAN is a connection method that is mostly preferred by users. You only need to use your iOS device to scan the QR code or enter the cast code that displayed on your PC. After scanning you have to allow the permission to access from both devices and then you will be able to share the screen.

This option is not only for iOS users but also for Android users. Every iPhone user can use a USB cable to connect the iOS device to their PC. You need to switch to the USB option on your PC after opening the AirDroid Cast application. 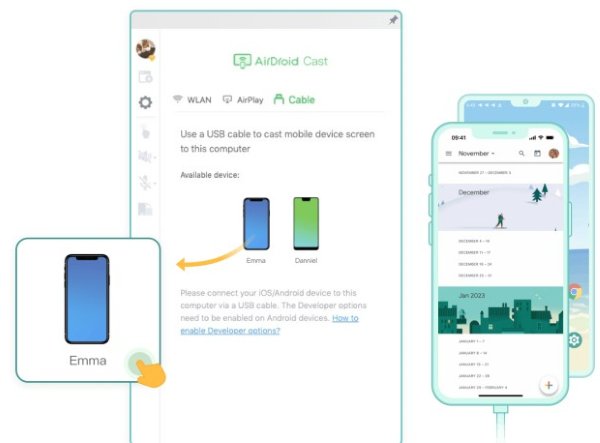 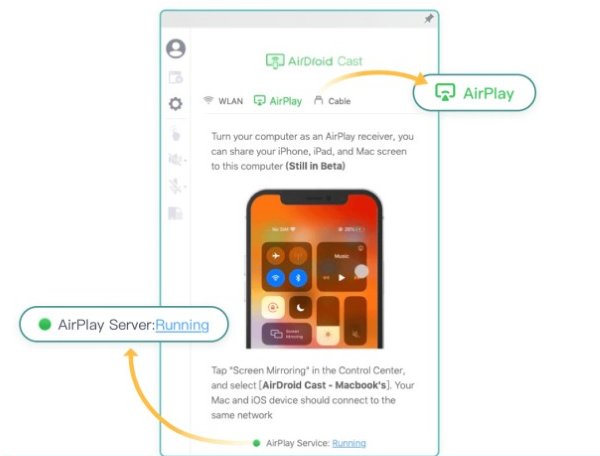 Note : After connection,tap on the hand icon in the left, follow the instruction to finish some setting, then you can control your iOS device on your PC. AirDroid Cast is the best choice for gamer to play games from iPhone to PC because its control feature.

App.io is a top iOS emulator for Windows. The most important benefits of this application are that it is extremely simple and easy to use. However, App.io is a rather sluggish iOS emulator for PC. It might take up to 30 minutes to upload the applications at times. It provides a 7-days free plan. It is compatible with Google Chrome, Mozilla Firefox, and Safari Browser. Appetize.io is a competitor to App.io, although many people feel it is superior. With the aid of this emulator, you may create Android and iOS applications for cloud storage. If you download and install Appetize.io, you may use it for free for the first 100 minutes and after which you will be charged $0.05 per minute. If you only want to test a few applications, the free version will suffice. The supported platform for this emulator is Windows.

Xcode software development includes code development and testing on the iOS environment. It also provides a proper working environment for users as well as other essential tools and interfaces. It may also stimulate other user activities such as scrolling, rotation, and so on. So far, Xcode has proven to be the most suitable and user-friendly platform for iOS development. It supports the Mac OS. This program is an excellent solution for developers since it enables them to implement code on a variety of iOS devices. 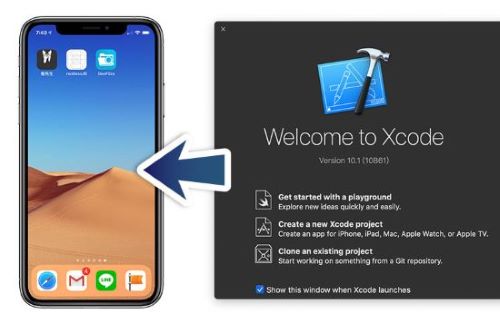 Corellium is another iOS emulator for PCs, mostly used by security researchers to emulate an iOS device within the browser. Corellium's developers were among the first to join the iPhone jailbreak community, so you're in good hands. Corellium was previously exclusively available to corporate users, but now everyone may use the iOS virtualization program.

However, obtaining the instrument is tough since Corellium does not want it to be utilized by the wrong individuals. It is a web-based application. It guarantees that developers and engineers have the necessary tools to do research, work, and test on Arm-based technology.

Test Flight continues to be the most trusted user platform, providing users with satisfying and upgraded services and serving its clients with exceptional delicacy. The emulator receives the most recent updates from the server regularly, allowing users to take advantage of the most recent features. This program grants users the ability to utilize the direct beta version, as well as offer vital input to the developers and report any errors with the upgrades.

Part 2. Which Method is Our Recommend?

Moreover, it has a user-friendly interface with no ambiguities. If we talk about how to play an iOS game on pc, AirDroid Cast allows you to share your iPhone screen with your PC and gives control to your PC to handle and enjoy the game on a big screen with more comfortable controls.

It is also helpful in playing multiplayer games without interruption. There is no compromise on the quality and speed while playing the games.

Part 3. How is an Emulator Different from a Simulator?

If you want to get the most out of each sort of software testing tool, you need to understand how simulators differ from emulators and why you'd pick one over the other.

Simulators are ideally suited for software testing situations in which you want to ensure that the application functions as intended when interacting with other apps or environments.

Emulators, on the other hand, are most beneficial for testing how software interacts with underlying hardware or a mix of hardware and software.

Related : How to Play Android Games on a PC?

Hopefully, after this article, you are much clear about how to play iPhone games on PC. There are various options available that you can utilize to perform this action but the need is to save your precious time so we have finalized this article to let you know about the best application that you can use to play your iOS games without any inconvenience. AirDroid Cast is the best application because t not only supports iOS but also the Android users to play their favorite games online solo or with multiple users.

Elsa
iOS apps cannot be run on Windows 10 PC directly. You can follow the 2 methods discussed above, which allow you to run iOS apps on your Windows 10 PC.
How Can I Download iPhone Apps to My Computer without iTunes?

Elsa
There are many applications available in the online market that enables you to download the iPhone apps to your computer without iTunes. One application is iMazing which performs this functionality.
Was This Page Helpful?