Android Emulators allow users to enjoy a clear Android gaming experience on a PC. There are multiple best android emulators available on chrome Webstore. It is essential to choose an emulator that fits your computer to run apps smoothly. Otherwise, you may experience any delay, loading, or errors, which can affect your gaming experience.

Part 1: What is a Lightweight Android Emulator?

An Android emulator allows you to simulate the Android interface, applications, and games on a Windows PC. It's the most convenient way to download Android games and applications that are not available on Windows App Stores. In short, an emulator mimics the android environment on a PC to let you play your favorite games on it.

It is open-source software that allows developers to modify it to fit their systems. Users can experience Android features without having to own a real Android device. An android emulator was launched primarily to help Android developers to develop and test their apps before launching. However, people are now using these emulators to play their favorite games on their PCs.

BlueStacks Android emulator offers high-quality gaming. In addition to the best user experiences, it also guarantees the best possible performance. Its light application and good speed grow its user base. This most lightweight android emulator offers the fastest boot and app launch times while remaining accessible to low-end devices. With BlueStacks, you can download and use any app, without any ads. It also includes multiple tools to enhance its functionality, such as an Instance Manager that runs multiple instances simultaneously.

LDPlayer is considered one of the best Android emulators for gaming. Because of its high speed and stability, it is widely used to play Android games. Moreover, the multitasking feature lets you open multiple windows simultaneously. 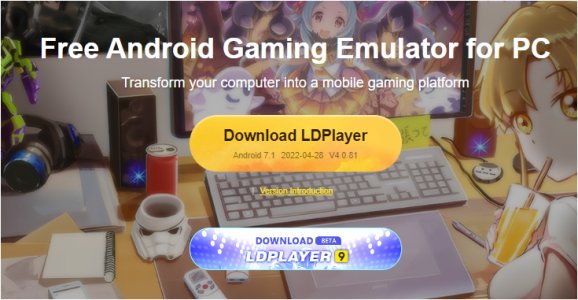 Unlike other Android emulators on Windows, LDPlayer does not contain too many ads. Additionally, it is spyware-free. In comparison to other emulators, LDPlayer delivers equivalent performance and blazing speed.

The NoxPlayer Android emulator is a great app for gamers. With several utilities and additions, gamers can use a keyboard and mouse to control their games.The main advantage of this most lightweight android emulator is that it has multiple features. 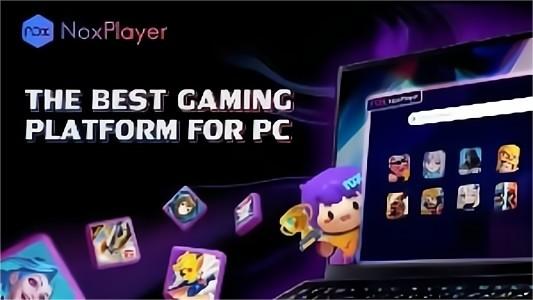 There is a charming bar at the right of NoxPlayer, which allow you to access a variety of options. The software is extremely compatible with a variety of applications. Additionally, it can record videos and macros.

In addition to the most user-friendly interface, Youwave is compatible with almost all versions of Windows. Several features are available for Android games, including 'multiplayer' mode, volume control buttons, and dynamic rotating. It also allows you to share folders from your computer to an emulator using SD Card functionality.

The best thing about this lightest emulator for PC is the ability to save data in a particular folder. Its multiplayer feature offers a perfect experience for playing your favorite Android games on PCs.

One of the best lightweight Android emulators for PC is Droid4x. It works with all versions of Windows up to Windows 7. Its screen recorder lets you capture anything, and developers can use this app to test their applications.

For those looking for a big screen experience with Android apps, Droid4x offers key simulation, GPS simulation, and much more.

Genymotion is an easy-to-use emulator for all users, allowing them to navigate and control programs without any problems. For application developers, Genymotion is the best choice. It allows users to test applications or games on a variety of devices without actually owning them.

You can configure it to run on different Android versions. With Genymotion, it is possible to emulate over a dozen Android devices. Furthermore, this lightest emulator for PC automatically detects keyboards, mice, and internet connections.

In terms of memory, Leapdroid is among the lightest Android emulators. It is one of the most promising lightweight android emulators worth a look. The lightweight Android emulator features many tweaks and optimizations. A fairly impressive gaming benchmark score reveals that it runs smoothly and seamlessly. In addition, you can play the same game with different accounts simultaneously.

Part 4: Comparison of Memory Requirements of All Emulators

Some advanced screen mirroring apps such as AirDroid Cast have reduced the need to install a heavy Airdroid Emulator. Its application file takes only 181MB of your mobile memory. Its easy user interface and quick turnaround have grown its user base to millions. The free version offers a high-quality and smooth screen mirroring experience. With the paid version, users can access a number of premium features. To enjoy playing games on a big PC screen, you just need to follow these simple steps.

Step 2. Connect your both devices wtih the same Wi-Fi

After downloading the file, run the application to install AirDroid Cast app. Connect both devices with the same Wi-Fi connection.

Launch the app on both devices and you’ll find a QR code on your PC. Scan the code from mobile app. It will ask your permission to start sharing mobile screen on PC.

Once you click “Start Sharing” option, it will start mirroring your mobile screen on PC.

Step 5. Control you mobile from PC

With its multiple screens sharing tools, now you can control your game on PC. Just need to click the botton of control 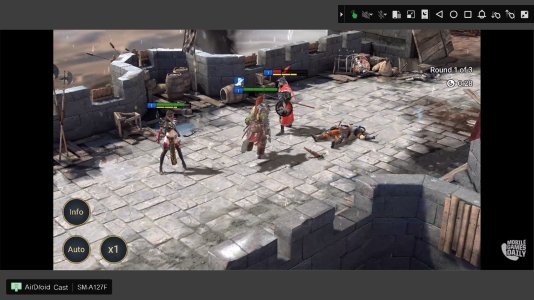 Android emulators allow users to enjoy android games on PC. Many lightweight android emulators such as BlueStacks, LDPlayer, Nox player, Youwave, Droid4x, Genymotion, and Leapdroid offer a great gaming experience. Each of these has specific memory requirements and a few cons. AirDroid Cast offers excellent screen-sharing tools and premium features to enhance your gaming experience. With no high memory requirement, it is the most effective way to handle mobile tasks on a PC.

What are the best Android emulators under 2GB RAM?

These are a few best android emulators that require memory of less than 2GB RAM.

Is there any Android game emulator for a low-end Windows PC?

One of the best ways to play android applications on PC is through the AirDroid Cast app. Its setup requires 181MB of space and is the best option for low-end Windows PC users. It allows you to mirror your mobile screen onto a PC and you can enjoy a seamless gaming experience.

Which free Android emulator should I use?

Some best Android emulators include BluStacks, LDPlayer, and Nox Player, but all have some cons too. With the advancement of technology, some modern screen mirroring apps have reduced the need to download Android emulators.

One of such apps is AirDroid Cast which allows users to share mobile screens on PC and enjoy high-quality gaming. With this fast and easy-to-use app, users can handle their android phone on a clear big screen.