6 Best Methods to Cast YouTube From Phone to PC 2023

The development in technology helps a lot in streaming videos and casting them easily. YouTube is one of the most used applications by many users on daily basis. On this, users can telecast, share and also upload new videos. You can easily cast YouTube from phone to PC without any hurdle. The mobile phone can be used as a remote controller to cast videos from YouTube to a computer with the right selection of apps. Are you wondering to know how can you cast YouTube from Phone to PC? You are at the right place to get know how about it!

Part 1: 6 Best Methods to Cast/Control YouTube from Phone to PC in 2023

AirDroid Cast is the ideal app for both iOS/Android users to cast and control YouTube on PC. The application is compatible with both Windows and Mac computers. Your phone can be set up most simply with this application and cast through cast code, AirPlay or USB connection as you need. It is completely free if your two devices are under the same local network.

Step 2. To connect your phone and computer, input the Cast Code shared on the computer to your mobile device. Or you can scan the QR Code to create a connection between the two devices. Step 4. Once connected, phone YouTube content can be quickly cast to the computer. After casting, you can also control your phone directly on PC with AirDroid Cast control feature. 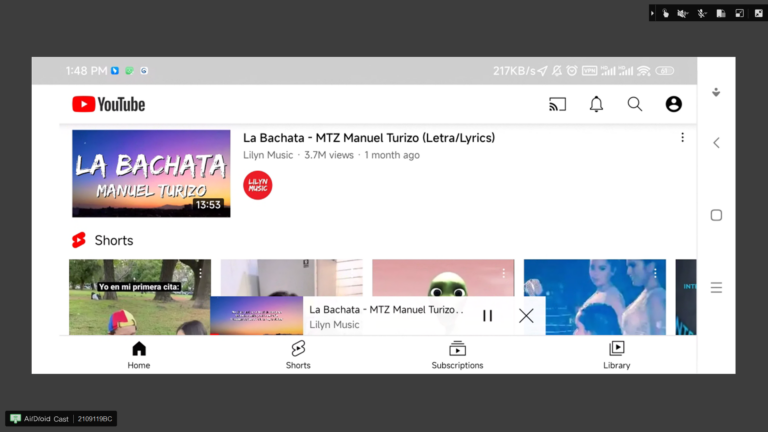 2Cast YouTube from Phone to PC with Microsoft Store

The next method to cast YouTube from your phone to PC is Microsoft Store. You can easily screencast from your Windows-based PC if it has this operating system. The Microsoft Store has an app called "Phone Link" that lets YouTube casters connect their Android phones to PCs wirelessly.

Follow these steps to cast YouTube from your phone to your PC by using Microsoft Store - Phone Link.

Step 2. After connecting both devices, you can easily cast YouTube from your phone to your PC.

Step 3. This app is not good for you if you are using iPhone. To screencast YouTube from iOS, you have to install EasyCast App from Microsoft Store.

3Cast YouTube from Phone to PC with Custom UserAgent String

Your PC's Chrome Extension-Customer Agent String is one of the easiest ways to determine your Agent string. It allows you to transform your PC's Chrome Extension into a device-specific extension that you can use on smart TVs, streaming sticks, gaming consoles, or other devices. As this can be set to only apply to particular websites, we are implementing it to the YouTube site, which is set up to host cast requests. 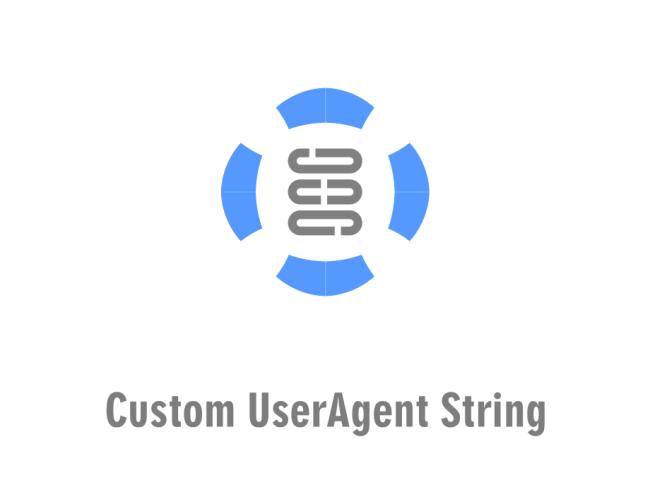 To cast YouTube videos from your phone to Google Chrome on your PC, you have to follow these steps which are listed below.

Step 2. After that, you have to enter the following information in the Customer User Agent String section.

Step 3. In the “Enter the desired URL” section, you have to enter the YouTube URL address.

Step 4. Next, in the “Enter a custom user agent string” section, copy-paste the following string.

Step 5. At the end, click on the”+” icon. Now it’s finished. You will be get noticed that in the User-Agent table, your custom string will be added.

4Cast YouTube on PC from Phone by Using Scrcpy

YouTube on PC can also be cast from an Android phone with Scrcpy, another free app. These devices can be linked via USB or Wi-Fi. In addition to Windows, it is also compatible with macOS and GNU. Moreover, it doesn't require root privileges to use. You should have to follow the given steps to set up Scrcpy from your phone to cast YouTube to your PC.

Step 1. First, download and launch the updated version of Scrcpy.

Step 2. You need to connect your phone or PC with the same Wi-Fi network.

Step 3. Next, you also have to connect your phone to a PC with a USB device.

Step 4. Place your IP address on the phone from Settings >About Phone > Status.

Step 5. By the addition of command enable the ADB (Android Debugging Tool).

Step 6. Now, run the given command by typing the IP address. Finally, unplug your phone.

BlueStacks is the most popular and safest Android emulator on the market. Android applications that aren't available in your official app store can be downloaded via this program. Here, we enlisted some steps through which you can easily cast YouTube from your phone to your PC with BlueStacks.

Step 1. First, you need to download and install the latest version of the Bluestacks 5 emulator.

Step 3. Open Google Play Store on Bluestacks and search "YouTube", then install it.

ApowerMirror is a screen mirroring software solution for both iOS and Android devices. It allows you to see what’s happening on the screen of your phone from the computer and vice versa. You can also easily cast your devices or share content. Now, let’s move towards its detailed steps for casting YouTube from phone to PC with ApowerMirror.

Step 1. Firstly, you need to download and install the ApowerMirror on your PC.

Step 2. Connect your phone to your PC with a USB cable.

Step 4. After installation, open the app, a notification pop up of displaying the content will appear. Don't forget to click on the “Start Now” option.

Step 5. Now, finally you can use the mouse or keyboard to cast phone YouTube.

Part 2: Bonus Tips - How to Cast YouTube from Phone to TV

Google Chromecast device makes it easy and convenient to watch your YouTube videos or shows on the large screen of your home TV. This device can easily mirror the display on your Android phone to the larger screen of your Home TV without using any cable or wires. 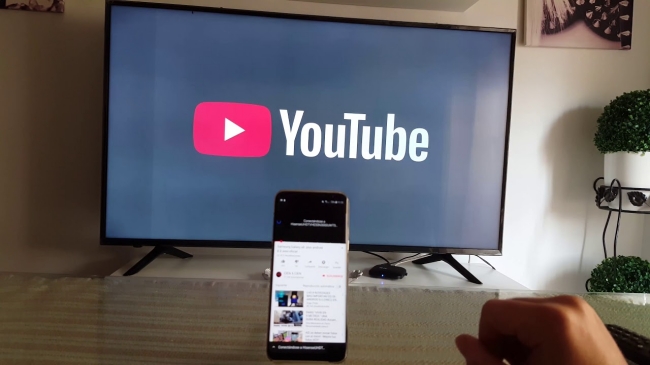 Your Android phone will perform remote control for your TV to start its functions. It allows you to Pause, Rewind, Forward or Stop the video which is displaying on the screen of your TV with the help of your phone.
You can follow the given steps to cast YouTube to TV from your phone:

Step 1. First, open the YouTube app on your phone and tap on the Cast icon.

Step 2. From the menu bar which appears on the slide, choose your Chromecast Device.

Step 4. Select the YouTube video that you want to cast to the TV screen.

Step 5. Next, on the pop-up tap on the play option to Cast the YouTube video to the TV.

In this article, we have described how to cast YouTube from your Android/iOS phone to your PC taking you through each of the steps of the process. You can choose any of them as per your requirements. But we recommend choosing AirDroid Cast to cast YouTube from phone to PC. It is the best method and is also compatible with both Windows and Mac computers. You will not get any issues while using it due to its comprehensive functionality!

Elsa
Yes, you can do it. By using screen-mirroring apps and Android emulators, you can control YouTube activities from your mobile phone. You can control it easily without any hurdle.
How Do I Mirror Android Phone to Laptop?

Elsa
You can mirror or share your Android screen with any other device, so you can share photos, videos, or games with a whole room. If you want to mirror your Android device’s screen from your phone to your Laptop, Tenorshare Phone Mirror is the best option. Android Phone Mirror lets you mirror your phone to your laptop and cast it using a USB cable.
Why Can’t I Cast YouTube from My Phone?

Elsa
If you feel that you can’t cast YouTube from your phone, you should have to notice some important things to get it to cast. Making sure that your phone is connected to the same Wi-Fi network as the cast device is an easy way to get your YouTube cast icon back.
How to Cast YouTube from Phone to Roku?

Elsa
You can easily cast YouTube from your Phone to Roku without any hurdle. For this purpose, install the YouTube App from the Roku Channel Store and start watching a video. Whenever you are ready to beam it to the big screen, similarly tap the “cast” button on the video and select the video that you want to cast. Select just Roku instead of connecting your phone to other devices. In addition, make sure that both Roku and your phone are connected to the same wireless connection.
Was This Page Helpful?