AirDroid Cast is a powerful app that allows you to share Android/iOS/Win/Mac screens to any device. Read this article to learn detailed tutorial …

How to Cast YouTube from iPhone to PC/Mac or TV?

Why need to cast the iPhone screen on other devices?

When you need to show your presentation slides or other media on a large screen, but you didn't bring your laptop. If you find yourself in such a position, you may easily share the contents of your mobile device's screen on a larger screen, such as a computer monitor or a television.

In a family gathering, you can cast YouTube from iPhone to TV or PC to watch YouTube videos on it. That way, you won't have to worry about anyone hogging your iPhone while they watch YouTube videos, and everyone may enjoy them at their leisure. It's time we dove into the most effective means of screen sharing.

Have you ever used AirDroid Cast? It is a trending app for screen mirroring due to its extraordinary features which no other app provides. AirDroid Cast app is the fastest app with no delay time while watching videos. With AirDroid Cast, you can share YouTube video from your iPhone screen to PC/Mac and for TV you must use its web application. It is a user-friendly app and simple to use.

Here are the detailed steps to cast YouTube from iPhone to PC/Mac with AirDroid Cast using a USB Cable:

Download AirDroid Cast app on your iPhone and PC or Mac device.

Connect your iOS device to the PC using a USB Cable. Open the AirDroid Cast desktop client on your PC/Mac and select “USB”.

A pop-up menu will appear on your iPhone. Tap on the ‘Trust’ tab to allow access. Now you will be able to enjoy the iPhone screen on the computer. Open YouTube on your iPhone and it will display on the PC.

ApowerMirror is another screen mirroring app that supports screen sharing from iPhone to PC/Mac. You can use USB Cable to connect and share screens between devices using it. It is free to download but provides only a 10-minute session for free.

Download APowerMirror app on your Mac or PC and install it. 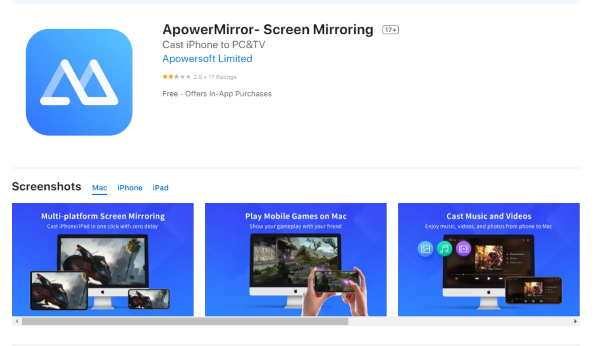 Step 3: Watch the iPhone screen on the PC

Now you will be able to watch your iPhone screen on your APowerMirror app on computer. Launch YouTube app on your phone and start to enjoy YouTube video.

Note : If you want to stop screen mirroring, plug out the cable or close the App from your computer.

Why Do We Prefer USB Cables for Screen Mirroring? 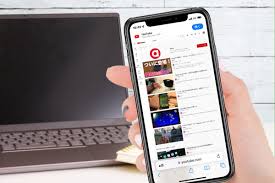 2 Can I Cast My iPhone Screen to a PC/Mac Wirelessly?

Yes, you can cast YouTube from iPhone to PC or Mac without USB Cable. Here are the simple methods:

Requirements: AirDroid Cast has 2 connection methods that allow you to cast YouTube from iPhone to computer wirelessly. If you choose the “AirPlay” option, then you need to ensure both your iPhone and computer are under the same Wi-Fi network. Here we will discuss the “wireless” option, the amazing feature of it is you can connect both your devices remotely. Step 2: Use the app on your iPhone to scan the QR code or input the cast code that displays on the desktop client.

Step 3: Allow access on your 2 devices. After a few seconds, your iPhone screen will be displayed on the computer.

Requirement: Your iPhone and PC/Mac need to be connected to the same Wi-Fi network. .

You can easily cast your iPhone screen to a PC to watch YouTube wirelessly. Open the YouTube app on your iPhone and play any video you want. Then click on the Cast icon to start sharing the screen. A list will open, select the device you want to share the screen. Make sure both devices are connected to the same Wi-Fi network.

You can easily download LonelyScreen from Apple Store and cast the YouTube videos to a PC or Mac wirelessly.

Download the app on your PC or Mac and make sure it is connected to a Wi-Fi network so that it will receive signals from your iPhone.

Step 2: Connect the iPad to the Wi-Fi

Connect your iPhone to the same Wi-Fi network as your PC or Mac. Then select the screen mirroring tab on iPhone and tap on LonelyScreen.

AirPlay is a technology that only supports Apple devices but now some latest Smart TVs also have the AirPlay feature installed. It is free to share screens from iPhone to TV.

4 Extra Tip: How to Cast YouTube from Android Mobile to TV?

Here are the steps to use a Chromecast device for screen mirroring:

Step 1: Attach the device to your TV

On your Android phone, open YouTube app and play your favorite video. Once the video is played, click on the Cast button and select Chromecast from the list. 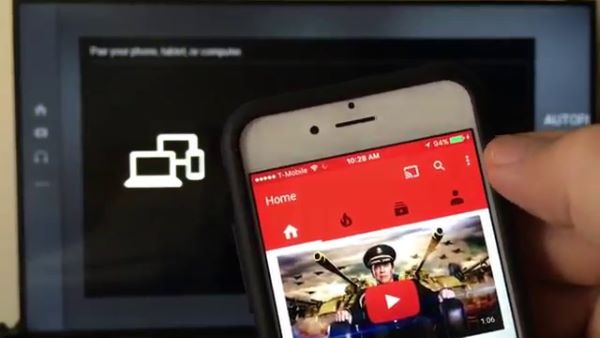 Allow access to both devices if permission is asked and then your Android screen will be mirrored on the TV.

This post focused on how to transfer YouTube videos from an iPhone to a computer or TV. In rare cases, we may find that YouTube videos won't play on a certain device, such as a computer running Windows or Mac OS X, or a television. In such a circumstance, we may utilize the screen casting functionality.

Multiple options exist for "casting" the screen of a mobile device to a bigger screen. In this article, we zeroed in on the process of sharing YouTube videos from an iPhone to a computer, Mac, or TV. When it comes to flexibility and smoothness when screencasting, the AirDroid Cast app is your best choice. It also has a web-based version that can be used to mirror an iPhone's display on a television.