How to Mirror OnePlus Screen to TV&Laptop?

OnePlus is a popular smartphone brand that has a wide range of models with impressive screens. A lot of people use OnePlus mobile phones all over the world. Therefore, it is understandable that you might be looking for a reliable and efficient method of screen mirroring OnePlus to your TV, PC, or laptop. In this article, you will get to know about the built-in screen mirroring features of OnePlus mobile devices, along with a third-party tool that you can use to fulfil your screen casting requirements. Keep reading to learn all about it!

Most of the OnePlus smartphones are equipped with a built-in cast feature simply called "Screencast." The goal of this feature is to allow users to mirror the screen of their smartphones to TV in real time without downloading any app.

It can only be used when your OnePlus phone and the TV are connected to the same network. You can follow these steps to use Screencast on OnePlus mobiles:

2. What Are the OnePlus Models with Miracast Support?

If you have a OnePlus smartphone that supports Miracast, the entire process of screen mirroring the OnePlus screen to a PC or TV becomes much easier and quicker.

Most of the latest OnePlus phone models support Miracast, such as:

Many high-end and mid-range OnePlus models are Miracast compatible. These include:

How to Enable Miracast to Mirror OnePlus screen to other devices?

Enabling Miracast on a OnePlus smartphone is quite easy. All you have to do is follow these steps: 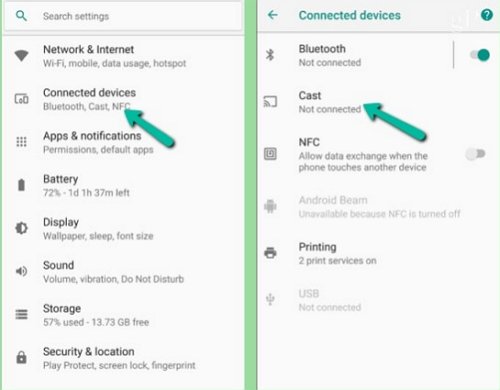 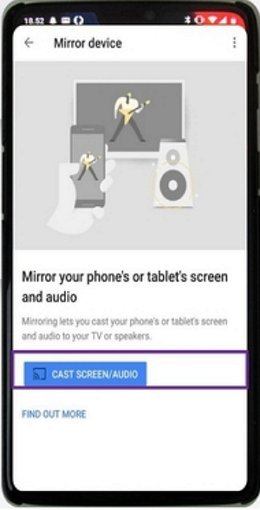 Since Miracast is compatible with some of the OnePlus devices, it is understandable that you might not be able to use the Miracast feature on your specific device. In such a situation, you will have to explore some other third-party screen mirroring tools to fulfill your screen mirroring requirements. Let's discuss them in detail.

3. How to Mirror OnePlus to A Smart TV？

AirDroid Cast is a powerful and easy-to-use platform to fulfill all of your screen mirroring requirements. AirDroid Cast Web, specifically, is highly useful in helping you screen mirror different devices to any web browser-enabled device, such as a smart TV.

It means you can use the web version of AirDroid Cast to mirror the OnePlus screen to any smart TV, such as a OnePlus TV, without installing any app on it.

All you have to do is follow these four simple steps: 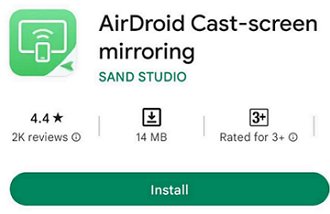 Once you are sure that both your OnePlus device and Android TV have Chromecast, follow these steps to mirror the OnePlus screen to the Android TV: 4. How to Screen Mirroring OnePlus Phone to A Laptop?

AirDroid Cast is available for all types of devices, such as Mac, Windows, laptop, and TV. You can install the AirDroid Cast App on both of your mirrorings and receiving devices – OnePlus Phone and laptop.

The steps involved in screen mirroring a OnePlus phone to a laptop using AirDroid Cast are: 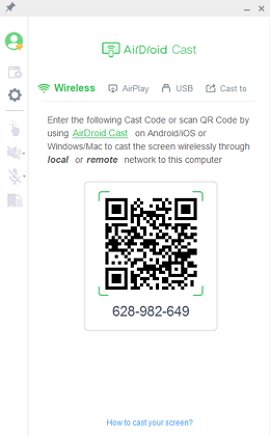 Using AirDroid Cast is a reliable option to fulfill your screen mirroring requirements because it offers the following benefits:

Using ApowerMirror to screen mirror OnePlus to a laptop is also a reliable choice to make. You can display the entire OnePlus screen or choose to display certain files, such as photos and videos.

Follow these steps to screen mirror OnePlus to your laptop via ApowerMirror: 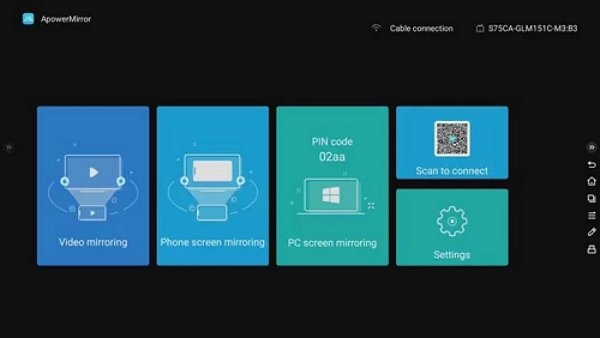 StarzMirror is a popular screen mirroring app that provides quick and reliable screen-casting features. Some of the major features of StarzMirror are screen recording features, a user-friendly interface, screenshots, and mirroring for multiple devices.

You can use StarzMirror to mirror the OnePlus screen to your laptop by following these steps: 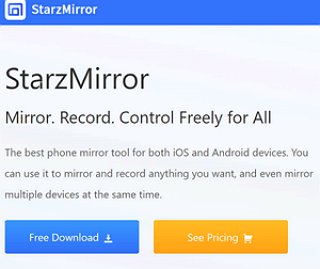 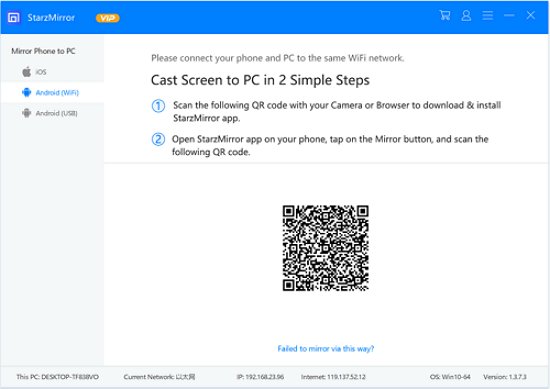 AirDroid Cast is a user-friendly screen mirroring tool that you can use to cast different types of devices, including a PC to a OnePlus TV. Since the OnePlus TV is a modern smart TV that has a web browser, you can easily use AirDroid Cast Web to cast your PC to the TV by following these steps: The bottom line is that there are many different methods of mirroring your OnePlus screen to your laptop or TV. You should use the method that provides minimum latency and lags so that you can enjoy screen mirroring while playing games, streaming movies, and even during video conferences.

While built-in screen mirroring features are useful for many devices, they still have limited compatibility. Hence, it is much better to rely on third-party tools like AirDroid Cast to fulfill all of your screen mirroring requirements through the same platform.

How to Activate Screen Mirroring in OnePlus?

Activating screen mirroring in OnePlus devices is quite easy. All you have to do is open Settings and access the Cast features to view the devices connected to the same network.

If there are no Cast settings in your device, it is possible that your OnePlus device does not have casting capabilities. Hence, you will have to use a third-party screen mirroring app like AirDroid Cast.

Why is Miracast not showing up on my OnePlus?

Elsa
You have to make sure that your OnePlus phone model supports Miracast. If it does and it is still not showing up in the settings, you should try updating the phone and restarting it.
Why is the OnePlus TV not mirroring the OnePlus mobile?

Update both of the devices. Restart the TV.

Can I mirror OnePlus Mobile without Miracast?

Elsa
Yes, you can mirror your OnePlus screen to a TV or PC using a third-party screen mirroring app like AirDroid Cast.
Can I mirror OnePlus Mobile to an Android TV?

Elsa
Yes! Most of the modern Android Smart TVs have a built-in Chromecast feature that you can use to mirror your OnePlus mobile.
Was This Page Helpful?