FOMO Meaning: What does Fear of Missing Out Mean?

FOMO is another abbreviation that isn't used by many. Still, while texting with your friends or family, you might come across it. FOMO's meaning varies depending on the discussed topic; however, FOMO mainly stands for "Fear of Missing Out." The rise of social media has impacted the prevalence of FOMO over the past decade. This abbreviation is mainly used as an emotional response to how other people live better lives. It shows the fear of missing out on opportunities that will be hard to get or come by. Millennials are, in fact, the ones that use this term more, and now it is being adopted by Gen Z.

So, what does this term refer to, and how is it used? Well, let's see!

Part 1: What Does FOMO Mean?

It is ideal for us to explain by putting it in a real-life context (using examples) so that you can clearly understand FOMO's meaning.

FOMO, which stands for fear of missing out, is an abbreviation used to express the emotion of fear of missing out on opportunities. FOMO is a sense caused by anxiety when faced with an important opportunity and exciting experience at the risk of being taken away or missed. 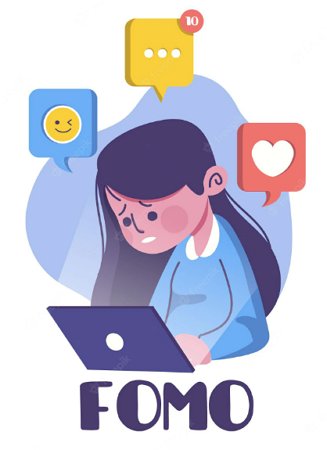 The part of the brain generates this feeling called the amygdala, which is responsible for detecting whether something is a threat or not to survival. And the impressing left out of any event will be perceived as a threat, creating anxiety and stress. Ideally, people that have high sensitivity to environmental threats tend to be likely to experience FOMO.

The rise of social media has affected the level of FOMO, making it easily attainable. It is because most people using social media can easily compare their lives to others, creating a high level of impressions left on the amygdala. These idealized experiences shared online by other people or companies make FOMO more prevalent among millennials.

For example, going to a concert hosted by your favorite artist is something that comes a few times in your youth life. Therefore, missing out on such an experience isn't something you will consider. And so, the fear of missing out is triggered if you have no plans yet.

Other good examples of events that generate FOMO are going for a weekend hike with your mates, going to a nightclub, or taking a vacation.

Part 2: What Are the Effects of FOMO?

Fear of missing out isn't a good thing as it might insight several unhealthy behaviors and increase your stress and anxiety levels. There are lots of effects of FOMO; some are physical while others aren't; for example, the visible effects include:

These are just a few reflective effects you can easily note when in FOMO mode. Besides these effects, there are other internal emotional responses that you can experience, such as the feelings of:

Generally, dissatisfaction with life is some of the effects that can emerge in response to the fear of missing out. A fun fact is that FOMO can easily make someone miss out on their own life because they are trapped in trying to follow what everyone else is doing, which causes them to agonize. 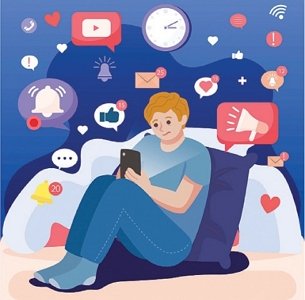 People adversely affected by FOMO tend to be incapable of embracing the reality of participating in the world. It is what gives them easily sense of self, which easily triggers feelings of depression.

However, it is important to note that FOMO isn't a mental health condition; rather, it is an emotional response. Thoughts mainly drive this response, so if you can get hold of your thoughts and manage them well, you can easily avoid FOMO.

Well, this abbreviation can be used in different fields; for example, your friend can talk about an event they are planning to go to and then tell you that they have FOMO for certain reasons. Another good example is when advertisers use it to get you to buy something they are selling – i.e., Avoid FOMO By Getting the Ticket now!

FOMO has been utilized more in the marketing sector thanks to its effectiveness in convincing people to get involved. In the marketing field, fear of missing out has been incorporated in marketing strategies, such as:

Overall, FOMO can be used for basic communications, such as via text messages, or can be employed by companies to sell their products or services.

When employed by people or companies to influence other parties to take action, the potential for negative impact is high. For example, young kids ad older people can easily fall for scammers using FOMO marketing tricks to scam them. Therefore, this action might lead them to make irrational decisions and mistakes that might be harmful.

Part 4: Avoid the Dangers of FOMO by Keeping Track of Scammer Messages

When FOMO is used wrongly, and by the wrong people, the dangers are too serious. And so, to protect your loved ones (kids, spouse, and elderly), it is important to keep track of their communication.

One way of keeping track of communication (text messages), mostly on social media platforms, is by using monitoring apps. A good app we recommend you try out is AirDroid Parental Control. This super-advanced monitoring tool can track several crucial things, such as location, messages, and social media usage. This application is easy to use and gives you real-time data and daily or weekly data from all the devices you are keeping taps on. Let's say, for example, that you want to limit the time your kids spend on social media to limit the effects of FOMO. Then you can use this app to set time limits. It means your kid can only access certain social media apps at a certain period for a certain amount of time.

Furthermore, this app can let you see all the messages sent to your kids' devices, helping you know when someone is trying to convince them to take an unnecessary or dangerous step.

Part 5: Tips for Getting over FOMO

The first step to addressing any condition or problem is understanding it and determining its source. Once you have understood your FOMO and where it originates, you can take appropriate action to address it.

And so some of the best solutions to addressing FOMO include:

To Wrap It Up!

Now that you know that FOMO stands for "Fear of Missing out" and its actual meaning, the question remains is; How often do you come across FOMO?

This abbreviation is being used as it is in not that common. However, FOMO being practiced by people or companies is something you experience daily, if not hourly. You can easily influence social media and street vendors by using FOMO marketing tactics.

Overall, the key player that creates the most effective FOMO is, without a doubt, social media. Most people have access to it, which can easily be triggered by almost everything shared on these platforms. So, it is wise not to be influenced by FOMO.