What makes the Android Nearby Share feature even more useful than AirDrop is its compatibility across different platforms. Now, sharing files between Android and iOS smartphones as well as Win/Mac and smartphones is at your fingertips.
Download now Via Web

If anything, transferring files between two smartphones should be quick and simple. One such service is AirDrop that allows users to move data of any sort from one iOS device to another.

To answer the rising calls of Android users, the AirDrop for Android feature has been introduced to Android phones with a series of alternatives. Without any further ado, this article will provide a comprehensive guide on how to AirDrop on Android – irrespective of Android model or version you’re using.

Read it carefully to find out the best solution that works for you! 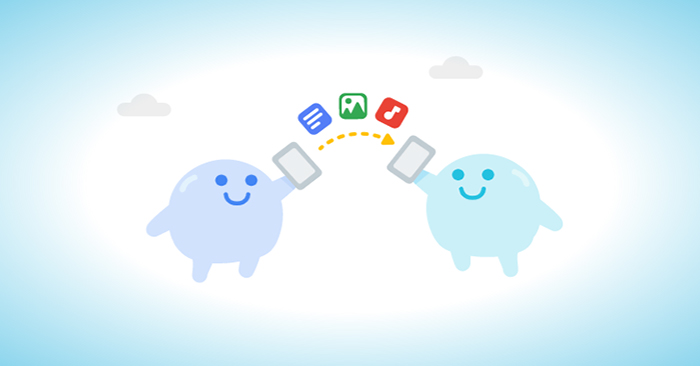 Part 1. What is Airdrop for Android? Does Android Have Airdrop?

Android AirDrop as the name indicates, is an alternative service to iOS AirDrop that allows you to share data between two Android smartphones wirelessly. The best thing about this system is it doesn’t require any internet connection and the transfer speed is super-quick.

For years, Android users have relied on Bluetooth to transfer data from one Android phone to another. But its low speed and limited file compatibility has always been the top concern of users. Because of this, there’s was a need for a service like AirDrop Android to be able to share bulk of data quickly. While Android has made several leaps in this field, still there’s no built-in Android service that matches the speed and efficiency of iOS AirDrop. That answers the commonly-asked question of does Android have AirDrop.

However, there’re tons of third-party programs that let you connect two Android phones wirelessly and transfer unlimited data at a lightning speed. The next section will introduce you to these apps.

Part 2. Are there any Android Apps that have a Feature Like Apple Airdrop?

The internet is full of apps that provide the advanced feature of AirDrop to Android. However, none of them is as efficient and comprehensive as AirDroid Personal. Having millions of satisfied users, this tool is a one-stop solution to “AirDrop” any type of file between two Android devices.

Check out what else this program brings in for you! 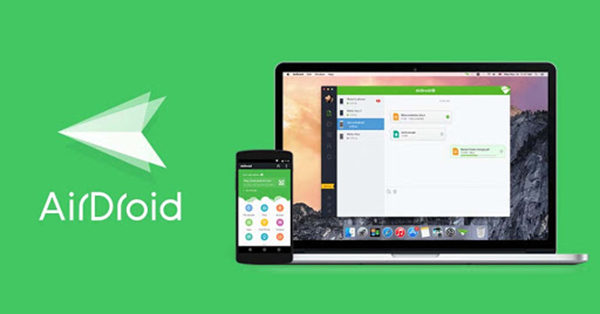 AirDroid Personal has earned its status as the best solution for cross-platform data sharing. That is, users can send files between Android, Mac, iOS, and Windows without any hassles. Not to mention, the transfer speed is even quicker than AirDrop.

The most impeccable feature of AirDroid is “Android Nearby Share” that allows an Android phone to discover and connect to another nearby Android phone. Once connected, users can transfer files fast and quick just like AirDrop.

With this AirDrop on Android service, you’re one tap away from sharing any data from your Android phone to your colleague, friend, or family member as well as have a nice chat with them. This make it a perfect option for efficient group working.

What makes Android Nearby Share feature even more useful than AirDrop is its compatibility across different platforms. Now, sharing files between Android and iOS smartphones as well as Win/Mac and smartphone is on your fingertips. In addition, users can also chat in real-time using this powerful feature.

No wonder, why Android Nearby Share is considered an edge above AirDrop

All these spectacular feature make AirDroid Personal a natural alternative to AirDrop.

Check out how to AirDrop files to Android:

Step 1. First of all, install the AirDroid Personal mobile client on both of (or all of) your Android devices.
Step 2. Now, launch the app on the host Android phone and go to the “Nearby” tab. Tap Search.
Step 3. The app will search and connect with the nearby Android device.

Step 4. After establishing a connection, tap the “file” icon, select the files you want to share, and hit Transfer.
Step 5. The other device will get a notification. Ask the friend to tap “Accept” to receive all the data you transferred.

Below are two more popular tools to AirDrop files between any two Android smartphones. Though both are not as efficient as AirDroid Personal but can help you get the job done.

Let’s take a look at them.

If you’re looking for a simple and light-weight AirDrop for Android app, then get Send Anywhere. It empowers you to transfer data between two devices from anywhere in the globe, without needing them to be in a specific range.

Using a “six-digit specific code”, it connects two phones and lets you share as many files between them as you want. However, the maximum file size for mobile transfer is 300 MB. Having over 100 million installs and 4.2 ratings on the Google Play Store, SHAREit is a handy option to send files between Android devices. The company claims to have a transfer speed of almost 200 times faster than Bluetooth and as high as 42M/s – but users don’t agree with it.

Additionally, the app is compatible with many popular Android brands including Xiaomi, Redmi, Realme, ADVAN, LENOVO, Samsung, and HUAWEI. Expect lossless data transfer with this tool, however, the speed might be a big downside.

After reading this article, you have got an idea about what is AirDrop for Android? Even though Android devices, as of now, don’t come loaded with AirDrop feature be default, there’re several tools that offer you AirDrop Android service.

With the aforementioned three powerful yet friendly apps, transferring unlimited data between any two Android phones is on your fingertips. Which app you should choose depends on your individual preferences. However, we strongly recommend readers to rely on AirDrop Personal to get the best speed, affordability, user-friendliness, and tons of impeccable AirDrop for Android features.

Read the below common questions of readers regarding AirDrop for Android. It will help you better understand the topic at hand.

Using this feature is as easy as it can get. Here’s how to do that:

Install the AirDroid Personal mobile client on both (or more) of your smartphones.

Launch the app on the host Android phone and go to the “Nearby” tab. Tap Search.

When the app connects with the nearby Android device, tap the “file” icon.

Then, select the files you want to share, and hit Transfer.

Tap “Accept” on the other device to receive all the data you transferred.

The answer is Yes – and the tool is AirDroid Personal. Its Nearby Share feature makes it a one-click job to AirDrop Android to iPhone.

The reason why the Nearby feature of AirDroid Personal is tagged as Android AirDrop is because it offers the same utility in terms of speed and efficiency as iOS AirDrop. You can share unlimited files in no time between any two Android devices just as AirDrop does for iOS devices.

Yes, the introduction of Nearby feature in AirDroid Personal has make it possible to AirDrop from iPhone to Android. Just install this app on both your phones and start sending files after connecting them.