How to Cast Android Screen to TV without Chromecast?

Chromecast is the first choice that comes to mind when we need to cast our Android device to TV because it is a powerful and convenient tool that allows you to watch content from your mobile device on any TV with an HDMI input.

However, in case you don't have Chromecast, or it doesn't work, how do you cast Android to TV? This article will introduce you to several ways that are safe and doable. Then you can see your Android display on a larger screen. Part 1: Casting VS Mirroring: What is the Difference?

Screen casting and Chromecast mirroring allow you to stream your device's contents onto another screen. However, there are some key differences in how they do this:

With casting, the content being streamed comes from your device. So if you're using Chrome or other Android apps with built-in casting capabilities, only those applications will be available for streaming from your phone or tablet. However, with Chromecast mirroring, any video or audio playing on your Android device will be reflected onto another screen—including games, music apps (like Spotify), and others.

You can use both casting and mirroring at the same time without any issues. Method 1: Use ApowerMirror to Cast Screen to TV

You can cast to TV from Android using ApowerMirror by the following steps:

Note : Check that your TV or other device has been discovered by selecting it from the list of available devices (you may need to restart your TV if it wasn't showing up before).

Method 2: Use AllCast App to Cast Screen to TV

AllCast is a wireless screen mirroring app that can be used to cast Android to TV. You can enjoy videos and other screen activities on a bigger TV. The screen sharing can be achieved easily.

Step 1.Download the AllCast app from Google Play or iTunes

Step 2.Open the app on your phone
Open the AllCast app on your phone and select "Devices" from the menu bar at the bottom of the screen. This will show you all nearby devices that have been connected by Wi-Fi Direct, which includes TVs with built-in DLNA support and other devices such as speakers and game consoles that have been updated with AirPlay support (like Roku 4).
Step 3.Select "Select Device"
Select "Select Device" from this list if there are multiple devices available on your network; otherwise, select a specific device name from this list (for example, Roku 3) if only one device is available.

Method 3: Use Screencastify Chrome Extension to Cast Screen to TV

Screencastify is another screen mirroing app that send photos, music, and videos on your Android to your TV in a easy way. Here are the steps to screen casting:

Step 1.Download the Install Screencastify on your Android device 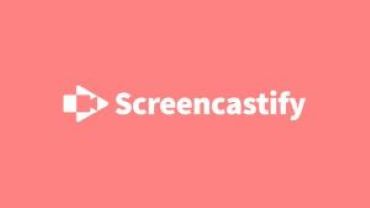 Step 2.Open the app on your device and open Settings
Open the Screencastify app on your device and open Settings (the gear icon at the top right corner). Here, you can change the default recording folder or disable automatic recording when you lock your device (to save battery life). You can also change other settings such as audio quality, frame rate, or resolution.
Step 3.Use an HDMI cable or a Miracast dongle
Connect your Android device to a TV using an HDMI cable (if available) or a Miracast dongle.

Method 4: Use Screencast app to Cast Screen to TV

ScreenCast is a powerful app for mirroring your Android screen and audio to TV in real time!. You can realize casting by the following steps: 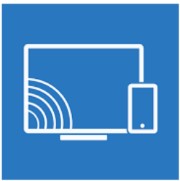 Part 3: What is the Easiest Method to Cast Screen to TV without Chromecast?

If you don't have this built-in feature, you can choose any of the third-party apps mentioned above to achieve screen casting. Whichever way you choose, you can Easily and conveniently stream your gameplay, videos, and much more with this method, so that you will have a great entertainment experience on a larger screen.

Part 4: Bonus Tip: How do I Cast Android Screen on a Laptop?

With a few easy approaches above, you can instantly cast Android to TV. If you want to learn more about how to screen Android on your laptop, here's a popular screen casting app for you. AirDroid Cast. You may use AirDroid Cast to view, control and operate Android phone on your laptop, as long as it is installed on a macOS/Windows PC. Step 3.Start Screen Mirroring
Only need to do simple steps above to finish connection and your Android devices will be displayed on your Laptop.

Contrary to what you might believe, it is possible to cast your Android screen to a TV without a Chromecast device.

As mentioned above, there are a few ways to cast your Android screen to your TV without using Chromecast. Each method has advantages and disadvantages, so you must decide which is best for you. If you also want to cast android screen on a laptop, AirDroid Cast is most recommended app. You'll be able to enjoy your Android content on the big screen in no time!

How to Cast Netflix from Android Phone to TV?

Elsa
You can use the AirDroid Cast app to cast the screen of your phone to TV, and then open Netflix on your phone. At this time, your video will be synchronized on the computer, and you can enjoy watching the video on the big screen.
Q2. How do I Cast to my Samsung Smart TV without Chromecast?

Elsa
Casting from an Android device to a Samsung Smart TV requires screen casting and screen mirroring, which can be done using either Google Home or Chrome for Android.
Q3. How Can I Cast from my Android to TV Without Wi-Fi?

Elsa
Most times, you don't need to stress over Wi-Fi to cast your Android phone screen to a TV. Most of these screen casting devices make an immediate connection that helps reflect your Android phone to your Smart TV remotely.
Was This Page Helpful?