Twitter is a great way to stay connected with friends, family, and strangers with similar interests. You can share information, photos, and other content with people who follow you or who you follow. You can also send direct messages and get connected to specific people. However, Twitter also permits blocking people when users realize they are not dealing with the right person. It can even be you. So what happens if someone blocks you on Twitter? And how to see who blocked you on Twitter? This post will answer all your questions, so stay till the end.

The blocking feature is now available on every social platform, including Twitter. But the bad news is Twitter never notifies or reveals directly who blocked you and when. But this is not mean you can't see who blocked you. There are a few manual ways to find out if someone has blocked you on Twitter. Well, it may take some time, but you can instantly understand if you are looking for a specific user. In conclusion, it is possible to see who blocked you on Twitter, but it requires some workarounds. The best way to do this is to create a new account and try to follow the person who blocks you. If you are successful, then you know why they have blocked you. You can also try looking at mutual friends' lists to help you out.

2How to See How Many People Have Blocked You?

Here's how it works:

Step 3: This application will scrape through your account and show the number of people who have blocked you on Twitter.

Blolook is a free service, and it's available on the web and as a mobile app. So you can check quickly if you're ever curious about who has blocked you. Still, you can't see the user name who blocked you.

Twitter is a social media platform that allows users to share information in short, 140-character posts. Twitter is also a platform where users can interact with each other by retweeting, liking, and commenting on each other's posts.

Blocking is one of the privacy features of Twitter. So, what happens when you're blocked on Twitter? Essentially, you're cut off from that person's Twitter activity. You will no longer be able to see their tweets, and you will also be unable to interact with them on Twitter. Moreover, you don't receive any notifications of their account and can't see comments or replies in a conversation.

4How Do You Get Someone to Unblock You on Twitter?

Talking about it with a mutual friend who heard or saw what happened can be helpful, and ask the blocking person to unblock you. They may have a different perspective on what happened then you do, and even if they didn't witness everything that took place, having another person's input can help you develop a clearer understanding of the situation and figure out how best to respond.

2Get in Touch with the Person via Other Channels

This can be a really effective way to handle things if you have a good relationship with the person. You can contact them through other channels like Facebook, Instagram, or phone calls. If you're comfortable talking to them about it, let them know that what they did was hurtful and why, and see if there's anything they can do to make it right. Most people don't mean to be hurtful and will usually be willing to try to fix the situation once they realize how their words or actions affected them.

5Can You Know Who Blocked You on Twitter by Notification? 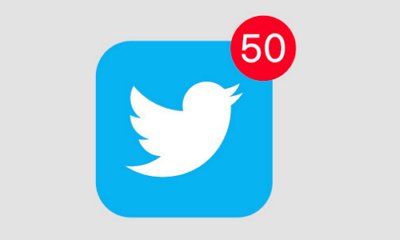 As I said earlier, if you are unable to view their profile, then it's likely that you have been blocked. There are a few more indicators that tell you that you are blocked by the person.

The kid's presence on Twitter is visible. They spend a great time on this platform by sharing their thoughts and scrolling through tweets. Since Twitter is a public social platform, there are many strangers who are not suitable enough. Kids often face harassment on Twitter that is not good for their mental health. So you should be aware of it. You can set the account from public to private and make the other necessary privacy settings.

However, they are still not free from danger as it requires real-time monitoring to find out what's happening on their Twitter account. So you can take help from the third-party app called AirDroid Parental Control. This is the best application that helps to monitor your kids in real-time and keep your kids safe from harassment on Twitter. Furthermore, the app has many other features that are helpful for monitoring your kids online. It can tell all the activities of your kid's phone and let you see the phone screen in real-time. You can also track your kid's phone offline, access the GPS tracker, and see their location.

How to Get the App

Step 2. Launch the app on your phone and fill out the signup form.

1. How Can I Contact Someone Who Has Blocked Me?

There is no way to contact the blocking person on Twitter. But you can try other social platforms to get connected. Moreover, mutual friends on Twitter can also help you in this regard.

2. Can Someone See If You Called Them and If They Blocked You?

No, once you are blocked from a person, you can not call them or text them. Though the message will be sent, technically, it won’t view by the person.

3. Can You Leave a Message If You Are Blocked?

You can leave text messages on the chat box. But the message won’t be visible to the user until they unblock you.

4. What Does It Mean When It Says Someone's Tweets Aren't Loading?

5. When You Block Someone Can You See If They Read Your Message?

The new-delivered message won’t be received by the blocked person. So they can’t read your message.

6. How Do You Know If Someone Blocked Me without Calling？

Well, I have shown the in-detail methods of how to see who blocked you on Twitter.