SUS Meaning: The Definition, Use Cases, and More

Nowadays, Slang words are the new way or means of communicating in secret or with ease and fun. For example, slang like slang words and appreciation of words like ASAP, GOAT, OMG, GTFU, and now SUS makes communicating easy and fun.

And so, this takes us to today's topic; SUS meaning – What does sus mean in text?

"Sus" is an abbreviation of "suspect," It's often used as slang when referring to other people or situations that seem suspicious or even criminal.

So, let's have a deep dive and see what SUS means in a different context, how it is used, and, more importantly, examples of how it is used.

1What Does SUS Mean?

"Sus" is short for "suspicious," so it could mean that someone is acting in a way that makes them seem untrustworthy or shady. We could also use it more generally to describe someone considered a bad influence-+9--1. It's used in online gaming and social media but can also describe when something seems suspicious. The word can be a warning sign when describing situations like online dating.

What Do "Sus People and Sus Things" mean?

People can be sus, and things can be sus as well.

When "sus" describes people, it usually means they are up to no good. Sus people are often considered to be untrustworthy, dangerous, or shady. For example, a sus person can be a creepy person who has no intention of doing anything bad but instead wants to make you feel uncomfortable and anxious. They're a weirdo who likes making other people feel weirded out (or maybe feels like it). 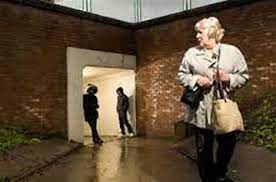 Also, maybe your friend's boyfriend just bought an apartment across from yours because he doesn't want to live with his parents anymore, which is fine if you like living on your own but would rather have someone else around so that your life doesn't feel empty anymore; however, some people try to get away with this kind of thing by pretending everything is normal. Nothing needs fixing—those same people go home after eating dinner together at their favorite restaurant. At the same time, everyone else hangs out at another location nearby where they can still see each other without having any communication issues.

SUS for things is similar but slightly different as they describe things or events, not people. A sus thing is something that either isn't real, good or as expected.

In general, "sus" can be used to describe anything that someone considers to be bad or dangerous. For example, you might say that a particular area is sus because it seems unsafe.

2How Is SUS Used? Use Cases & Examples

"Sus" is commonly used informally, so you'll see it often in text messages, social media posts, and other casual communications. It's often used to describe someone up to no good or causing problems.

Here are some examples:

As we have mentioned above, SUS can be used to describe people or things. Here are some more examples.

3Where Did "Sus" Originate from?

As noted, the origins of "sus" are unclear, but it is thought to come from African American Vernacular English.

The word "sus" comes from the Latin word for "death." It's a slang term that means "you're dead" or, even more dramatically, "you're finished." The phrase originated from the ancient Roman Empire when gladiators were given a chance to win their freedom by defeating an opponent in battle. 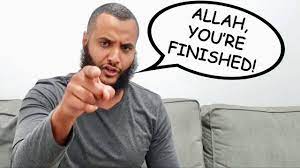 If they did so successfully against another gladiator who had been previously defeated by the same opponent (with whom they shared an allegiance), this meant he would be released from prison: thus, making him eligible for release into society as well as his family members who were still alive at that time—although there was no guarantee that this could happen since many prisoners died while awaiting release during their time behind bars!

This term first gained popularity in gaming culture, where it was used to describe an action that is both beneficial and problematic.

For instance, in a game of League of Legends, if you were playing as Ashe, your goal should be to "sus" people as much as possible because she can use her ultimate ability to slow down enemies with a long-range arrow shot from her bow. 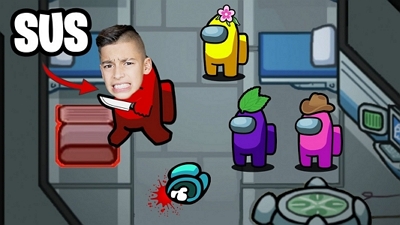 However, this definition can also be applied outside of gaming: If you see someone doing something helpful for someone else online (like giving them advice or helping them with their problems), they might be said to be using their "sus" power. 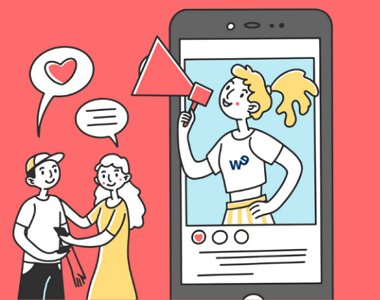 This definition continues into social media, where we see people using "sus" slang terms such as:

"Don't give up on me! I'm trying my hardest here, so please keep supporting me! :)#SUS*”

Where Did Sus Gain Popularity?

When you mention Sus meaning in these platforms, you will be able to get many views from other users.

The Sus Definition and Ubiquity Have Changed Over Time

The meaning and use of the term SUS have changed over time. It is not always the same for different people or contexts, but a quick Google search will reveal that there are multiple ways to define SUS:

4Can You Determine If Your Kid Is Using Sus Slang Word?

There are lots of slang words nowadays, and some of these words can put your kid in a bad situation if you aren't careful as a parent.

So, how can you tell your kids are using these words?

Well, there is one, and the most effective way is using a parental control app.

The parental control app is a new revelational technology that helps parents monitor their kids' activities remotely. It will involve keeping track of your kids' activities when using their devices. And so, you can check who and what they interact with on social media. You can track and know what type of content they are interacting with, and to make it even better, track their live location.

With that said, the best parental control app that we will recommend you to use is AirDroid Parental Monitoring app. Why Use AirDroid Parental Control?

The fact is that there are lots of good parental control software available nowadays; however, the big question is: Which is the best Parental Control software?

It is where AirDroid comes in, as they are the best comprehensive parental control app.

The AirDroid Parental Control app allows you to monitor your child's phone remotely without them even knowing. You can see what apps they are using, whom they are talking to, and where they are.

You can also set up restrictions on their phone, such as limiting the amount of time they can spend on certain apps or blocking certain websites.

The word "sus" has existed since at least the late 1700s. It wasn't until recently that it began to gain popularity in mainstream culture.

It first appeared on early computer keyboards, then spread through gaming communities like World of Warcraft, where players would yell out instructions or insults while playing together online.

Nowadays, "sus" is used in so many different situations that it's becoming increasingly difficult to track where this word comes from and how it's used today!