OG Meaning: The Definition, Use Cases, and More

We live in a world driven mainly by social media, as most news and communication are nowadays shared via or on our devices. Due to this, the English language has evolved to accommodate slang words such as the OG, which most people find challenging when you don't know what it means.

OG is one the oldest and most used slang words for 'Original Gangster.' People mostly utilize this slang word as an adjectival phrase. Well, let's look at the full meaning of OG and how it is used!

Part 1: What Does OG Mean

You've probably seen it before: someone types out "OG" in a text or social media post. But what does "OG" actually mean?

"OG" is a slang term short for "original gangster." The term describes someone considered a pioneer or leader in a particular field. We can also use it to describe something considered to be authentic or of high quality.

The term "OG" in the weed world stands for "Original Gangster." In the early 1990s, the term OG was used to describe the original phenotype of a popular strain of weed called OG Kush. This particular strain of weed was known for its high THC content and unique aroma.

Since then, the term OG has been used to describe any weed strain high in THC and has a unique aroma. But ever since the slang term OG ventured into the social pages, its original intended meaning has changed.

If you enjoy using TikTok, the well-known video-sharing app, you've certainly seen much usage of the phrase "OG."

But what does it mean?

Just like on the other social media platforms, "OG" on TikTok means the same thing: "original gangster." The term describes someone seen as a leader or pioneer in a specific field. Furthermore, it can describe something that is deemed to be authentic or of high quality.

Some Other Meanings of OG

In addition to "original gangster," "OG" can also mean "of original manufacture" or "of original quality." Additionally, we can use it to indicate something that is regarded as timeless or classic.

Here are a few examples of how "OG" can be used in these ways:

Sometimes, we can also use OG to mean "old-school" or "out of the loop." Besides that, the OG was also a common word within the weed culture.

Part 2: Where Did OG Originate from?

The term OG is believed to have originated in the Hip Hop culture of the early 1990s. It typically refers to someone who is respected for their experience, wisdom, or authenticity. 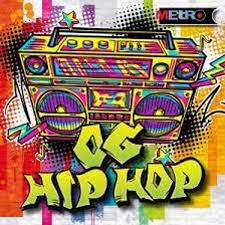 Furthermore, in the early 1990s, OG was used to describe the original phenotype of a popular strain of weed called OG Kush.

As of today, the term has since been adopted by many people outside of the Hip Hop community and is often used as a general term of endearment or admiration.

Now that you know the meaning of "OG," you might wonder how it's used. Here are a few examples:

"OG" can be used in several different ways. It can act as an adjective to describe a quality or characteristic or as a noun to describe someone or something.

Here are a few examples of how "OG" can be used:

c) Noun: The OG coffee shop on Main Street is closing down.

d) Adjective: This OG pizza is the best in town.

Part 4: Is OG a Compliment?

"OG" is often used as a compliment, most commonly used to describe someone or something in a positive light way. However, we can also use it neutrally or negatively. Overall, the context in which it is used is, in fact, important.

Noun: He's an OG in the rap game. (positive)

Noun: The OG coffee shop on Main Street is closing down. (neutral)

Noun: The OG gangster in the movie was a real jerk. (negative)

Often when OG is used as an adjective, "OG" is usually used positively. For example:

Adjective: This OG pizza is the best in town. (positive)

However, it's important to remember that context is everything. "OG" can be used in various ways; thus, paying attention to the context in which it is used is the best way to go about it.

Part 5: Is It Good to Use the Slang Word OG?

This question has no definitive answer, as the context in which the word is used and personal preferences determine it. Some people may view the use of OG as cool or trendy, while others may find it off-putting or juvenile. At last, it is up to you to choose whether or not they think using OG is acceptable. It is essential to look at its benefits and drawbacks to understand whether it is a good or bad word.

There are a few potential benefits of using the slang word OG.

A few potential drawbacks to using OG exist as well.

Part 6: Can You Determine If Your Kid Is Using OG Slang Words?

Determining whether or not your kids are using this slang word is essential as a parent. Knowing that they are using it and the context in which they are using it will help you prevent them from indulging in destructive behavior. However, it is challenging as they mostly use it while chatting with friends.

Luckily, we live in a technologically advanced world that allows us to do almost everything. And so, with the aid of a parental control app, you can find out whether your kid is using this or another slang word. The best Parental Control App to use is definitely AirDroid Parental Control. The core features of this app include the following:

There you have it! The next time you see "OG" in a text or social media post, you'll know exactly what it means. However, it would be best if you remembered that Original Gangster could refer to different things or be used differently depending on the context and situation.

Overall, OG is mainly used as an adjective that amplifies someone's significance in a specific field.