GOAT Meaning: What Does Goat Stand for and How to Use It

Besides a goat animal, what does a goat stand for? Well, GOAT is currently one of the most used slang words with different meanings depending on the context of the conversation. This word is mainly used to praise another person depending on what they have done that seems extraordinary.

So, to help clear up the whole fuss around the term GOAT, let's start with the GOAT meaning and then discuss all you need to know about it.

Part 1. What Does Goat Mean?

GOAT abbreviation stands for the "Greatest of All Time." 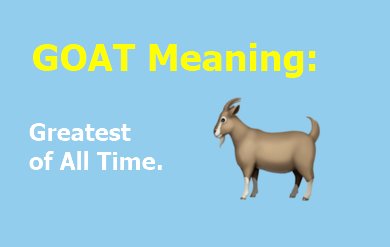 Ideally, goat is internet slang mainly used to complement musicians, athletes, and other celebrities who have achieved the greatest heights in their professional fields. As the acronym means the greatest of all time, the word goat showcases that particular individual has achieved the goat status in what they have been doing. For example, you can say, Tom Brady, Virat Kohli, Lewis Hamilton, Michael Jackson, Lebron James, Rihana, Messi & Ronaldo are the GOATS.

GOAT isn't synonymous - everyone doesn't agree that a particular person is a goat. For example, some people will say Lebron James isn't the GOAT of basketball. Instead, they will claim it is Michael Jordan. This debate is commonly seen amongst competing individuals like Cristiano Ronaldo and Lionel Messi. Their goat debate is and will probably be a never-ending debate.

What Is Goat Mean Sexually?

When it comes to the sexual side of things, the goat is still used mainly to showcase the sexual prowess that an individual holds. This term is mainly used among men, more so as they are the ones that are mostly defined to control the sexual act in bed. Therefore, if you ever see a man said to be a goat in terms of his sexual life, then those ladies or gents say the man is good in bed and probably blessed in other ways.

What Does Goat Mean in Sports?

The goat acronym or goat symbolism is a general term in the sporting world. It is simply because of the competitive nature of sports, which is why it is common and mostly used here.

Regarding sports, GOAT stands for one thing and one thing only Greatest of All Time. 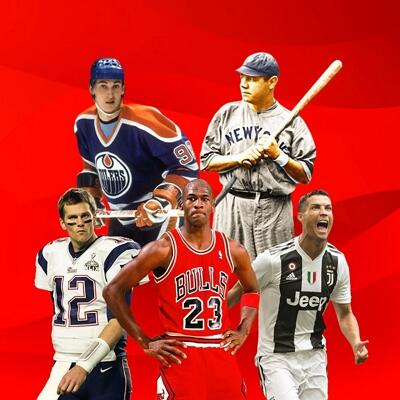 Goated with the Sauce Meaning

When it comes to elaborating on the greatness within an individual, the commonly used slang is 'Sauce.' This slang helps explain how great an individual is. Therefore, going with the sauce means that a person is the greatest of all time.

As noted earlier, being goated means you are the greatest of all time, but 'with the sauce' means completely. The phrase 'with the sauces' in such a situation implies completeness.

People don't commonly use the entire phrase, 'goated with the sauce. However, for the ones that want to elaborate on the greatness of an individual, then they tend to use it. In other words, the term with sauce is also used to show the flair, talents, or achievements a person has made.

What Does It Mean to Be the Goat?

To be a GOAT means to be the 'Greatest Of All Time' in what you are doing. So, if you are a musician, you're the GOAT of making or writing music.

A good example is a goat debate between Roger Federer versus Rafael Nadal. The discussion about who is the goat between these two tries to determine who is the greatest of all time when it comes to Tennis sport but not any other field.

What Does "To Get Someone's Goat" Mean?

This phrase is related to the main meaning of goat, but it's still important to touch on it because you might come across it soon. So, "To get someone's goat" means trying "to provoke someone." Of course, we have already discussed that goated can be used to explain how someone was bodied off the conversation or a duel. However, in this case, the phrase is similar but not entirely the same.

For instance, when trying to concentrate on the task at hand, your colleague plays a song, makes a sound, or a joke that you don't like, we can say, "He is trying to get your goat." 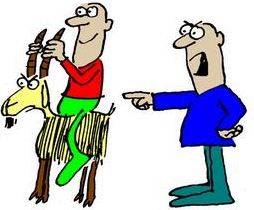 Regardless of who uses the slang term "GOAT," the main goal of this slang remains the same. This slang is used to praise famous athletes, musicians, or celebrities. You can use a goat emoji instead of text, which will still serve the same purpose: praise. Here are some examples of how to use this slang:

Part 3. What Does Goated Mean?

Well, I hope these examples have clued you in on what is meant by the term GOAT means. Let's now see what this term means in different contexts. In ordinary language, goated means being hit by a goat. That act itself inflicts pain, therefore, is painful.

Now, when it comes to the slang GOAT (Greatest of All Time), then the term goated can mean different things.

On the one hand, goated means being considered the greatest of all time. This slang can be utilized in almost everything and everywhere. For example:

These examples show how the term can be used to explain some of the best things you've ever seen or experienced.

On the other hand, goated can be used to 'knock out' reply during a goat debate which usually acts as a ratio of bodying someone off the conversation.

Part 4. Is Goat a Compliment?

In general, YES, it is a compliment.

However, it is important the context in which the term is used. For example, using it in a phrase like "to get someone's goat." In such a rare scenario, we will say the term goat isn't a compliment but rather a provoking term.

But luckily, the term goat is more often used as a complement, and so, if you ever get to be told you're the goat, then just that you did incredibly great in what you were doing. 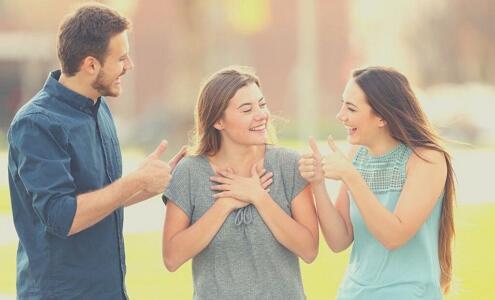 Part 4. How to See If Your Kids Are Using the Slang Word Goat

Primarily, the slang word GOAT is harmless. However, in the current generation, young kids or teenagers can use the GOAT to describe bad behaviors such as bullying or sexual acts. Furthermore, they might be interacting with dangerous people who are introducing them to the wrong behaviors but using such slang to make those behaviors look all nice/dope.

And so, as a parent, how do you identify such things?

Well, it's simple; all you need is to use a parental control app and keep track of all their phone activities at all times. You can track messages from all their social media messages, see what they are all about while on their device, and even track their location, among many others.

The best parental app we can recommend is AirDroid Parental Control. The fact is there are lots of parental control apps in the market nowadays. However, finding the best that not only provides accurate data but is also user-friendly is tough. With AirDroid, you are guaranteed detailed data showing what your kids have been doing all day while on their phones.

The core features of this application are:

Daily and weekly history: No need to monitor your kid's phone constantly. You can check everything at any time of the day.

Remote monitoring: You don't need to have your kid's phones at hand to access their messages. With this feature, you can utilize screen mirroring, which allows you to see what they are doing in real-time.

These are just a few features and benefits you can enjoy using this app. So try it out now!

'G.O.A.T' is a widely used term specially designed to explain an individual with unprecedented and extraordinary achievements in their field. It is more widely used among millennials than in any other group. It catches people's attention quite easily, and it always creates a never-ending debate, more so when it comes to comparing two very competitive individuals such as; Ronaldo and Messi or Federer and Nadal.

Ideally, the term explains a good and probably the best one humanity has ever seen. However, it is important to note that not everyone will see your goat as a goat. But for the term to be ideal, a huge number (millions if not billions) of people have to share your point of view. For example, if you say Messi is your goat, then people will understand that. Still, many people will question your reasoning if you say Hazard is your goat. It is simply because that player doesn't meet any criteria to be given the title GOAT.

More Resources
File Transfer MDM Parent Control Remote Control Screen Mirroring Support Teen Slang
Product-related questions?Contact Our Support Team to Get Quick Solution>
Home > Teen Slang > GOAT Meaning: What Does Goat Stand for and How to Use It
Black Friday & Cyber Monday Sales
Save up to 70% OFF. Valid until Dec 1st, 2022 (UTC).
Get Discount
Get Discount