How to Mirror MacBook to TV(Any Smart TV)?

People now watch movies and television shows via live streaming, thus blurring the line between computers and television. Whether you want to watch Netflix or any tutorial, the big screen TV offers a better viewing experience. When you mirror a Mac to a television, you can browse the worldwide web on a much larger screen. There are only a few effective ways to mirror Mac to TV, the best of them is via AirDroid Cast.

Using AirDroid Cast, you can connect devices in multiple ways, i.e., wirelessly, remotely, via cable, or Airplay. Moreover, it allows users to cast Android/iOS/Windows/Mac screens remotely to any web browser without any software installation. This article helps you to enjoy better training, presenting, everyday communication, and entertainment. 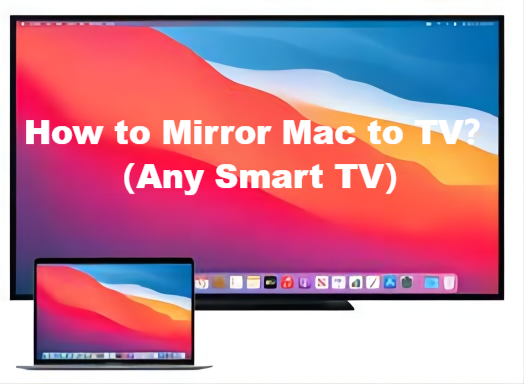 AirDroid Cast offers the benefit of mirroring Mac screen to TV wirelessly. With its simple user interface and multiple features, the app is getting popularity in days. It has fewer memory requirements and offers many screens casting options for free.

The premium version allows users to cast their devices without any boundaries. One of its most useful features is that you can get seamless streaming experience without any errors or loading. AirDroid Cast offers screen mirroring among devices wirelessly via Local & Remote connections.

How to Mirror Mac to TV with AirDroid Cast?

Open the AirDroid Cast app on your Macbook. 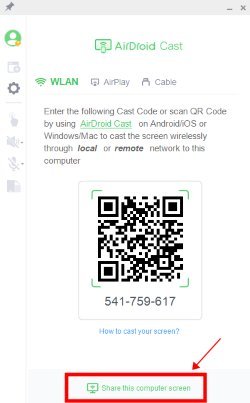 Go to the Airdroid Cast webpage “webcast.aridroid.com” on your TV browser. On the AirDroid Cast screen of your Mac, there is a button "share this computer screen." Manually enter the 9 digital QR code that appears on your TV to your Mac screen.

It will start casting your Mac screen on TV. Nou you can enjoy playing your favorite Mac apps on TV wirelessly.

For remote connection, you must open the AiDroid Cast app on Mac and Sign up for your account. 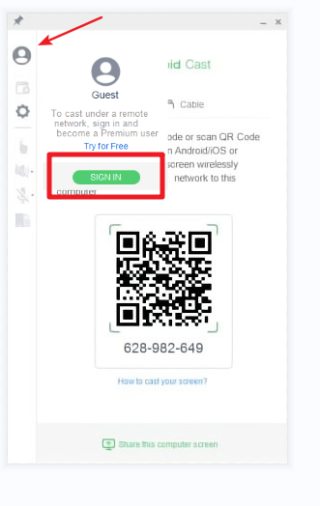 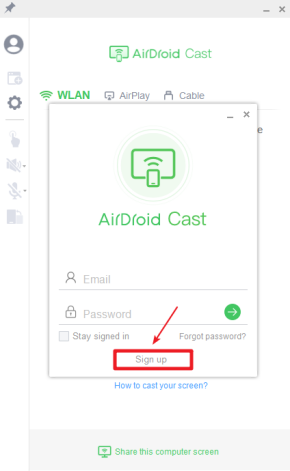 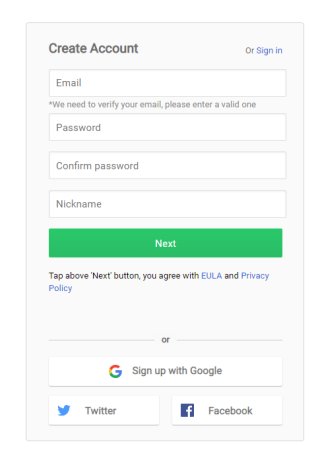 After creating an account on AirDroid Cast, you must need to update it to access remote connection.

Part 2: How to Mirror Mac to TV via Airplay (Only Apple TV/Airplay 2 compatible smart TV)

AirPlay allows Apple devices to share media with other devices that support dual screens over a network. Apple AirPlay makes it easy to stream content between Apple devices and even to other AirPlay-compatible devices like smart TVs.

The AirPlay feature will only work if both devices are connected to the same Wi-Fi network. Or they must be within Bluetooth range or connected via Ethernet to the same router. AirPlay on Mac allows you to share music, photos, and videos, as well as mirror your entire computer screen on a larger screen. 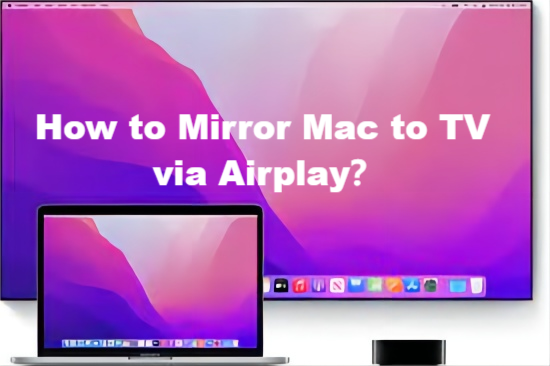 Devices you can “cast from” using AirPlay

You can Airplay the following devices to other devices:

Devices you can “cast on” using AirPlay

These are the devices to which you can stream any of the above-mentioned devices:

2.2 How to Mirror Mac to Apple TV (Only Apple TV/Airplay 2 compatible smart TV) ?

A computer running macOS and an Apple TV or AirPlay-enabled TV can be used to project your laptop screen onto a large screen. To do this, follow the steps: 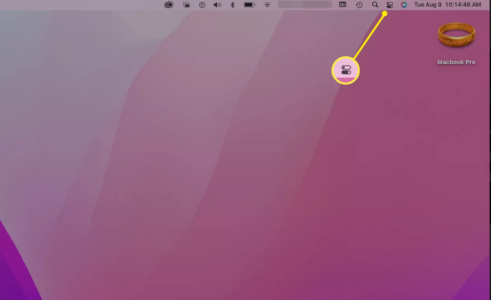 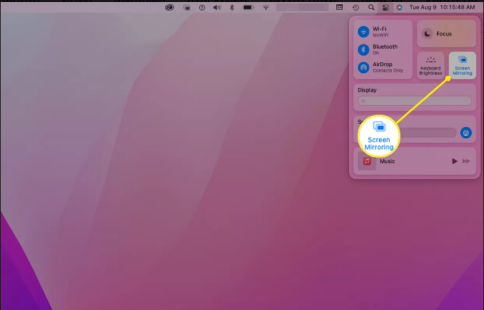 Part 3: How to Mirror Macbook to TV (Cabled way)

Don't worry if you don't have an Apple TV or AirPlay 2 compatible TV. An HDMI cable will allow you to stream the screen from your MacBook to your TV.Any semi-modern Mac may fit to mirror your Mac on TV using an HDMI cable. Mac requirements include:

3.1 How to Screen Mirroring Mac to Samsung TV with A Cable?

3.2 How to Mirror Mac to Apple TV with HDMI?

Part 4: Mirror MacBook to Your TV with a Set-top Box

Set-top box enables TV sets to receive and decode digital television broadcasts. It needs HDMI cables to make a connection between your Mac and TV.

To cast your Mac screen on TV using set-top box, you need to purchase an HDMI cable and set-top box. It costs almost $20-40 to start screen mirroring via set-top box. In addition to being a costly method for screen share, set-top boxes are generally slower. 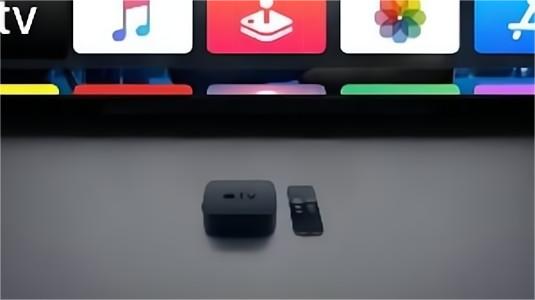 If you want to set up a connection using the Set-top box, follow these steps:

Part 5: How to Make Choice Among Them?

Here is a comparison of a few things, you must know before choosing a way to mirror the Mac screen on the TV.

Part 6: Bonus- How to Mirror iPhone/iPad to TV

AirDroid is a cross-platform app and allows screen casting across multiple devices. Users can cast screens on any TV that can open the browser. It eliminates any issues that might arise when mirroring a screen.

Here is how you can mirror your iPhone/iPad to TV using AirDroid Cast:

Part 7: Wrapping up & FAQs about Mirroring Mac to TV

While comparing its screen casting features to others, AirDroid Cast offers exceptional benefits, the most significant of them is remote connection. The ease of connectivity and safe browsing make this app the best solution for all screencasting needs. To decide the best method, you can compare the pros, cons, limitations, and overall costs for each method from the table.

FAQs about Mirroring Mac to TV

How can I cast my MacBook Screen to Apple TV?

Elsa
The MacBook's menu bar contains an AirPlay icon. If you want your MacBook screen to appear on your TV wirelessly, make sure to have an Apple TV. From the dropdown menu, select the Apple TV you want to connect to. When your TV is connected to the Apple TV input, your MacBook's screen will appear on the screen.
Can I share my Mac screen with a non-Apple PC?

Elsa
Yes! You can share your Mac screen to any device using the AirDroid Cast. The free versions offer the maximum screen mirroring feature. To access and enjoy the remote casting, you can upgrade to its premium version.
Why I cannot my MacBook to TV via AirPlay?

Elsa
There must be some connectivity issues or internet errors. Try connecting the devices via AirDroid Cast for a better experience.
Was This Page Helpful?