Provide an easy way for screencasting from phone (Android/iOS), PC (Windows/Mac) to PC or any device's browser, as well as controlling Android/iOS devices on a PC.

How to Screen Mirror Mac to Samsung TV?

If you need a wired connection, you can use USB cables for screen mirroring. Third-party apps are also the best source of screen mirroring from Mac. One of the best web applications is the AirDroid Cast Web as it has vast features. Let’s try!

How Do I Know If My Samsung TV Supports AirPlay 2? How to AirPlay Mac to Samsung TV

Using AirPlay from Mac to Samsung TV is quite simple if your Samsung TV supports it. Here are a few steps to keep for screen mirroring using AirPlay 2.

Step 1. Connect Mac and Samsung to the same Wi-Fi

The Wi-Fi connection must be the same for AirPlay 2. It means that your Mac computer and the Samsung TV must be connected to the same Wi-Fi for screen mirroring.

You can share anything, like videos, images, and audio files. Just open whatever you want to AirPlay and then press the AirPlay icon available on the screen.

Pressing the AirPlay icon will show you a list of devices available for screen mirroring. Click on the Samsung TV where you want to watch your Mac screen. Enter the Passcode on your Mac. You will get the code on your Samsung TV after choosing the AirPlay icon on the Mac. After entering the Passcode, you can screen mirror the Mac screen on your TV.

Not Compatible to AirPlay 2? Try the Following Methods:

If your Samsung TV is not compatible to AirPlay 2, then you must have to use Apple TV Apps or the third-party apps for screen mirroring Mac to Samsung TV. You can use AirDroid Cast Web for easy and fast screen sharing. What Can AirDroid Cast Web Help You?

Whether you are teaching online or teaching traditionally, AirDroid Cast Web helps you deliver lectures remotely or using a big screen in a classroom.

While presenting in your office, there is no need to carry anything; connect your mobile with the office TV and share a screen for the best visuals and audio streaming.

Enjoy movies and other shows on a big screen in your home to spend quality time with your family. AirDroid Cast Web supports big screen display with HD results.

Open any web browser on your Samsung TV and type webcast.airdroid.com. It will take you to the official web page of AirDroid Cast Web, from where you will start mirroring.

Step 2. Install the App on Mac

Step 3. Input the Code on Mac

You will get a code on your Samsung TV, launch AirDroid Cast on your Mac and click on “Share this computer screen”, then type the code on the box. After few seconds, your Mac screen will be shown on the Samsung TV.

Using HDMI cable is one of the simplest method of screen mirroring from Mac to Samsung TV. No App is required to create the set-up.

Connection between Mac and Samsung TV does not cost much. You only need an HDMI cable with a USB-C adapter to connect HDMI with the Mac. You must have an updated version of Mac and Samsung Smart TV for screen mirroring.

Plug-in one side of the HDMI cable to the Mac using a USB-C adapter if needed and then connect the other end of the cable with the HDMI port of your Samsung TV. 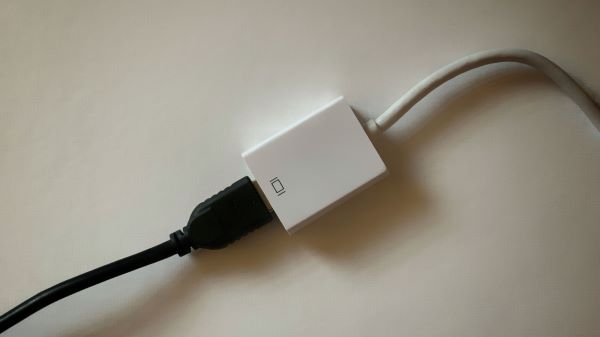 Open the Menu of your Mac and look for system preferences. Here you will find the Display option. Click on it and then select the ‘Arrangement Tab’ option.

Click on the ‘Mirror Displays’ tick box to start the screen mirroring on your Samsung TV.

You have to keep both devices near to each other just within the length of the HDMI cable and that is too much disturbing. Connection does not remain consistent.

4 Other Third-party Apps that You Can Choose

If you are still unsatisfied with those mentioned above, it’s better to answer your question about how to screen mirror Mac to Samsung Smart TV with third-party apps.

Airbeam is a screen mirroring App specially designed to screen mirror iPhone, iPad, or Mac to a smart TV. You can watch all your favorite apps, shows, movies, and other personal videos on a big screen without any requirement of a cable or any other hardware component.

Use this App wirelessly for screen mirroring. Another essential benefit of Airbeam is that it provides uninterrupted video conferencing on a big screen. Airbeam TV app is compatible with Firefox and Google Chrome browsers. It also supports all the latest versions of Smart TV and provides quality results.

JustStream is famous for supporting many audio, video, and image formats. It helps almost all TV brands, including LG, Sony, Roku, and Samsung. JustStream also supports protocols like the DLNA, AirPlay, and AirPlay 2.

You must install the app on your Mac computer and the Samsung Smart TV. Then from your Mac, open the Control Center and click on Screen Mirroring. After that, select the name of your Smart TV and start mirroring Mac on TV. Make sure both devices are connected with the same Wi-Fi connection.

5 Troubleshooting of mirroring Mac on Samsung TV with Airplay 2

There are several reasons for the failure of screen mirroring from Mac to Samsung TV with AirPlay 2.

6 Reviews - Top 5 Samsung TVs You Should Choose & Why

Samsung launches many TV models every year with all new specifications every time. It is not always true that an expensive TV is better than a less expensive TV. Here are the five best Samsung TV models that you should choose.

It is one of the latest models by Samsung, available in four screen sizes, i.e., 55, 65, 75, and 85 inches. It has 4 HDMI ports with a 120 HZ refresh rate. It has highly refined quantum dot technology with LED back lightening, which results in the best quality display.

Additionally, it has a solar-panel remote control system, so there is no need to change the batteries. Its design is lovely and has a thin shape that makes it attractive to viewers. It also has extraordinary anti-glare abilities.

It is packed in an extremely wonderful package to provide the best color, brightness, and contrast within a single model. Its audio quality is up to the mark, and it has the best video display. This model is also designed specially for game lovers.

It is a mini LED technology TV consisting of Quantum Dot technology. The list of HDR formats that it supports are the HLG, HDR10, and HDR10+. It attracts customers with its beautiful design and sharpness.

It also possesses the optical output feature, and many other features are available, making it high in demand. This Samsung TV has Tizen operating system installed. It only lacks the Dolby version. QE65QN95A supports the resolution up to 4K and is available in 55, 65, 75, and 85 inches.

Samsung’s Q80T TV model is one of the most fantastic models as it is rich in colors so that you can choose your favorite color for the Smart TV. It is also available in different sizes and has a QLED screen type. It supports unbelievable 4K upscaling, and the company has tried to make it as slim as possible. Its weight is only 39.5 pounds.

This Samsung Smart TV has all the unique qualities at an unbelievable price that you can easily afford for such a beautiful display. It has Crystal 4K process and HDR formats, including HDR10, HLG, and HDR10+. The most impressive feature that makes it acceptable is the price with no compromise on the quality.