[Comprehensive Guide] How to Play Azur Lane on your Computer?

If you’re reading this, then you’ve probably already heard of Azur Lane and are wondering how exactly you can play it on your computer. This game is only available on smartphones supposedly and can’t be played on a desktop or laptop.

However, it doesn’t mean you cannot play Azur Lane on your desktop computer or laptop. There are third-party programs, known as virtual machines, which can emulate Android apps and let users download and install them on their computers. We will show you how to play Azur Lane on PC in this article.

The most obvious advantage of playing Azur Lane on PC is that you can play it whenever you want, wherever you want. Whether you are at work or at school, or even if you’re traveling in an airplane, you can always play Azur Lane on your laptop or desktop irrespective of your smartphone’s availability.

In short, you won’t have to worry about your device’s battery life and internet connectivity at all! Another advantage of playing Azur Lane on PC is that you can play it in higher graphics settings compared to playing it on your smartphone. This is because your phone will always have to run games at the highest graphics settings to keep up with its hardware.

Airdroid Cast is an application that can be used for several purposes, you can cast your Android device's screen effortlessly to your Windows/Mac PC using a USB cable or wirelessly. You can start Azur Lane on your computer and play it just like you’d play it on your smartphone. If you want to play Azur Lane on your PC you’ll have to install the Airdroid Cast app on your computer and smartphone.

Step 3.Start Screen Sharing
Now you need to input the cast code shared on your PC to your phone or you scan the QR code to connect both devices. 2.Next a casting permission page will be displayed "AirDroid Cast will start capturing what’s displayed on your screen" then click the Enable and Start now buttons. 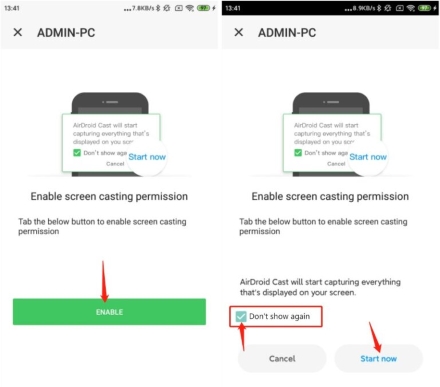 Now open up Azur Lane on your smartphone device and you can start screen sharing to enjoy your game on PC.

Q: Is it illegal to install an Android emulator for Azur Lane?

However, there’s no need to worry because installing an Android emulator is completely legal. Why do we say this? Well, Android emulators are just software that is meant to run Android apps on computers. It’s not like you’re stealing someone’s property when you download and install an Android emulator on your PC. In fact, you’re just using the software in the way it should be used.

If you’re search of a straightforward way to play Azur Lane on PC, then Bluetacks is a great choice. It’s a desktop application that lets you install and run Android applications and games on a PC. LDPlayer does not come with Google Play Store, which means you’ll have to download Android apps and games from third-party websites.  LDPlayer is considerably less demanding on resources and you will need a minimum free storage space of 36GB. 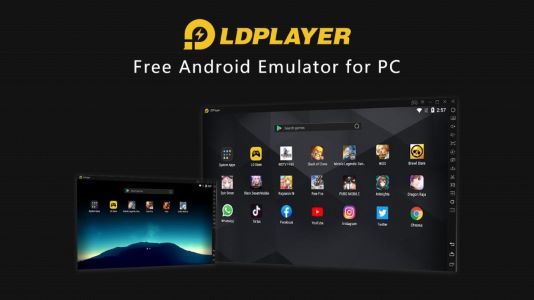 When it comes to emulators, AirDroid Cast is more of a remote control app than a full-fledged emulator that allows you to play any game on your computer. It is a great app for controlling your phone from your computer since you can use your keyboard to type and your computer’s mouse to navigate through the phone’s screen.

AirDroid Cast is a whole lot in one Pack, it is very easy to install and free to use it doesn’t require much system requirements just with a 2GB RAM you are good to go.

Overall, AirDroid Cast is more useful as an app than an emulator since it supports more apps and lets you do more things than emulators do.

Part 4: Who Are the Main Characters in Azur Lane?

There are more than 450 characters that have been introduced to the game, Now we will introduce some main characters to you

In Azur Lane, QUEEN ELIZABETH is a Battleship from the mighty Royal Navy which also is connected to the Queen Elizabeth class. HONOLULU is a protagonist and a heavy cruiser from the mighty Eagle Union whose counterpart is USS Honolulu in real-life.

Q1: How much RAM does Azur Lane need?

Q2: How to use your Azur Lane account on your PC?

Q3: How can I transfer my Azur Lane account from my iOS to Android?

If you are an iPhone user and have played Azur Lane in the past, then you can try to get your account transferred to your Android phone. Simply follow the steps below:

Q4: How do I get the old Azur Lane account back?

If you have played Azur Lane before on your phone and are now looking to play it on PC, you will have to transfer your account from your phone to your PC. Unfortunately, you cannot log in with your previous account on your PC because Azur Lane is a mobile game and cannot be played on PC directly. To transfer an account from phone to PC, follow these steps:

Q5: How do I sync my Azur Lane account?

The app offers cloud saves so you can easily sync your progress across multiple devices. You can also earn and use the in-app currency called gems on your computer just like you would on your smartphone. Also, you can connect with friends by sending them an invite from your computer.