Yesterday, I was just scrolling through the web trying to find some useful information. There, I came across the question on apple.com. The user was asking whether it was possible or not to mirror iPhone to the Windows for free.

I kept reading and found out that many people had the same question, actually. And I knew the answer. So, I thought, why not help by sharing my knowledge? So, in this article, I will introduce some of the convenient ways to mirror iPhone to Windows 10 free here. 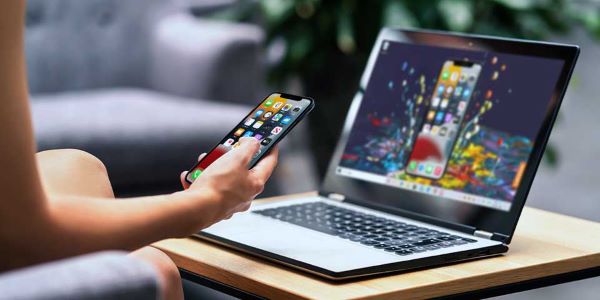 You are wondering how to mirror iPhone to Windows 10 free? Here is one of the best solutions. A tool that can be a great help in such situations is AirDroid Cast. It is very easy to use. All you need is to have your iPhone and desktop computer connected to the same network. 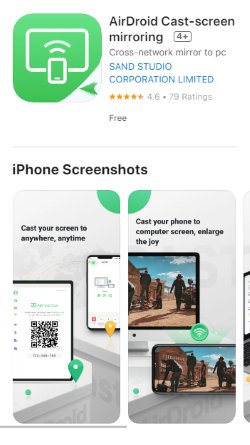 To use this tool for free, you can choose “WLAN” connection and make sure that both, your PC and iPhone are connected to the same internet network.

Step 1. Download the application on both your iPhone and Windows 10 PC by clicking “Try It Free” button below. It can be found either in the Apple Store or on the Official website.

Step 2. After installation, open AirDroid Cast on your iPhone and PC. On AirDroid Cast desktop, click on “WLAN”, you will see a large QR code and cast code in the interface. 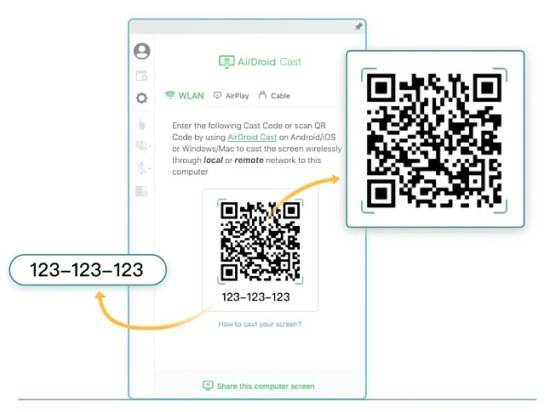 Step 4. After you finish the connecting process. You will be able to watch your favorite videos, and movies, or do the work on a large screen device. These are several steps of screen mirror iPhone to Windows 10. 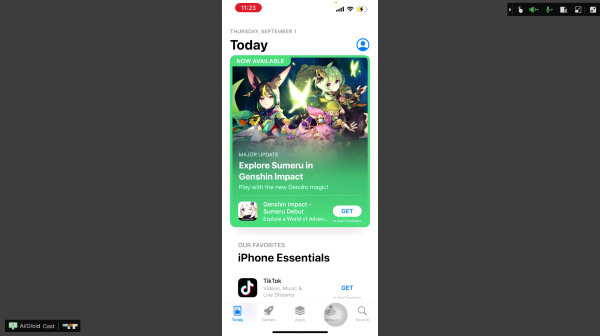 Screen Mirroring to Any Browsers without Installation

No need to download the app on a PC, no threat of unfamiliar networks, the cable is not required and most importantly, there is no need of sharing personal info such as passwords of your network with others. The only thing needed is the Internet connection and app on your sending iPhone.

AirDroid Cast supports remote connection, which means even if your sending device and received device are in different cities, you still can pursue remote screen mirroring.

While screen mirroring, you can use the microphone and audio of your iPhone on your Windows PC. You can send and receive phone calls directly on your PC.

Is It Really Free to Use?

Yes! However, by using the free plan, screen mirroring can be done only with one device and the only option for sharing is the WLAN (local connection).

Our recommendation is the premium plan, which supports remote casting. Can be 5 devices connected and comes with almost every feature, control from the receiving device is also possible.

2 Can I AirPlay from iPhone to Windows PC?

AirDroid Cast has an AirPlay function which makes it possible to connect the iPhone to Windows PC wirelessly. If your device is AirPlay compatible it is absolutely possible. To mirror with Airplay, first of all, connect both devices on the same network.

On your iPhone, go to the “Screen Mirroring” option in the control center and choose the device that comes with the AirDroid Cast tag. Allow permissions and you will have your iPhone screen shown on the Windows PC.

3 Other Popular Ways to Screen Mirror iPhone to Windows 10

Our 3 Picks: AirDroid Cast vs. LonelyScreen vs. Reflector

Several tools and software offer a screen mirror iPhone to Windows 10. Some of the most widely used are Reflector, Lonelyscreen, and AirDroid Cast. So, now, let’s compare them to see their pros and cons better.

After going through the information of numerous screen mirroring apps, the AirDroid Cast caught my attention. This particular tool makes the iPhone screen mirroring Windows 10 on another level. Basically, for me, this tool is kind of easy to use, free (basic version), and comes pretty much with many features.

AirDroid Cast has three main connection methods. Those are WLAN connection, Airplay, and USB cable. The wide range of methods for me is very comfortable. Because it gives me the choice and possibility to share however I want.

If I am playing my video games, then most often I choose the USB cable connection, because it makes sure that there are no delays and the picture is clean. WLAN connection is the fastest and easiest for me. And Airplay is very useful for us- iOS device users.

When I am at work, I often do not have time to look at my phone. So, the feature of controlling the iPhone from a Windows PC is very helpful. I have everything I need on one screen and can multitask. I can answer the messages, and emails that I receive on my phone and check out my apps from distance.

Before downloading, I checked the reviews of this app on the Apple Store and it has a rating of 4.6. Which is pretty high. Overall, people are very satisfied with this feature. The reviews are mostly positive and state how much the app has made their lives easier. Yet, some do not like that it does not have all the features and options for free.

LonelyScreen is a receiver of AirPlay that makes it possible iPhone screen mirroring Windows 10. With this tool, the screen can be cast from iPhone to the computer. Works just like an Apple TV. The installation of software is required only on the Windows PC or Mac. No application is required on iPhone or iPad. Another feature of this app is that it lets the user save the gameplay and app demo. I was not able to track down this app on Apple Play. Therefore, I found some reviews on Google. Many people like how simple it is to use. Yet, some have concerns regarding this tool. People state that they do not trust it and it may be unsafe to download from other sources but Apple and Google Play stores. Yet, it is difficult to find it there.

Another interesting tool that I found along the way is Reflector. This app can help to share the mobile device screens to the Windows PC. The feature comes with an easy setup and is ideal for pretty much everything. Users have the possibility to enjoy movies, play games, and do presentations. Additionally, it also comes with a built-in casting option.

The app makes it possible to mirror several devices. Additionally, the tool adjusts the screen itself so you can have a better look at it. 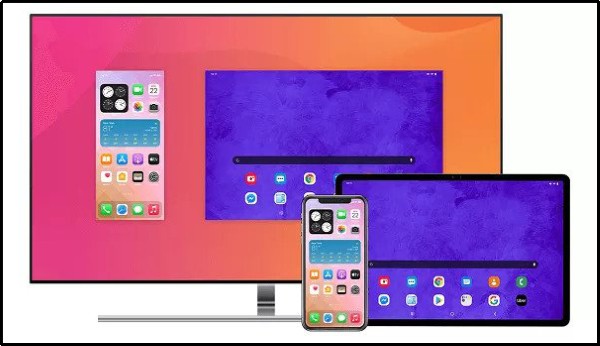 Positive review of this app mostly includes that it gives the possibility to use both screens while sharing. The connection is easy and no extra cable for applications is required. Additionally, it makes the screen recording easier.

Yet, the negative review stated that sometimes the tool comes with glitches and the connection process takes time.

4 All You Need to Know about iPhone Screen Mirroring

How to Enable and Disable AirPlay?
To enable AirPlay, go to the control center on your iPhone, choose “Screen mirroring” and select the preferred device for sharing. Airplay can be disabled from the receiver app. For this, tap the icon that represents Airplay and click on “Turn Off Airplay”.
How Do I Mirror iPhone to Windows 10 without An App?
There is no way to mirror the screen without an app except for the built-in casting feature. However, AirDroid Cast does not require software or applications to be installed on the received device for sharing. Because it has a web version, you can easily start mirroring by opening webcast.airdroid.com.
Why Can't I Use AirPlay to Mirror iPhone to Windows PC Directly?
AirPlay is a built-in feature that is only available on iOS devices. Therefore, sharing it from one device to another requires software or application.
How Does Screen Mirror Work?
During Screen mirroring, the screen of sending device is shared with the receiver device. Sending device is typically mobile phones, and receivers are Mac, PC, TV, or others.
Which One is the Best Way to Mirror iPhone to Windows 10 Free?
The best way for screen mirroring iPhone to Windows 10 free is AirDroid Cast. This tool has features that can make anybody satisfied. It supports Airplay and also offers two-way audio with many other possibilities.

Above, we discussed several ways of screen mirroring iPhone to Windows 10 free. Among several different options, an AirDroid Cast was discussed. Not only does it come with multiple connection ways but also has the features like control and two-way audio

iOS 16 is the major release that is about to come out. This new system is planned to be released by the end of 2023. Yet, the beta version was out on July 11, 2023. AirDroid Cast actively works on updates and releases new versions often. The team carefully reviews all the possibilities and always makes sure that the customer's needs are met. Therefore, that tool can undoubtedly keep up with the new iOS16 and will be absolutely compatible with it.