EveryThing You Need to Know about Miracast – 2022 Updated

Miracast is a standard wireless connection that makes it possible to connect two devices to each other. To describe it shortly, the tool is a replacer of HDMI cable. Basically, one device works as a sending device and the other one is a receiver.

The Miracast has been out since 2012 and was released by Wi-Fi Alliance. If you are wondering what is Miracast and how to use it, you are coming the right place. Here, you will find all essential information and step-by-step guides on the Miracast App and its usage. 1 How to Check If You Have a Miracast-enabled Device?

2How to Use Miracast?

1. Screen Mirroring from Windows to TV

In some TVs, the Miracast screen mirroring is built in. However, in some cases, you will need to get an adapter. 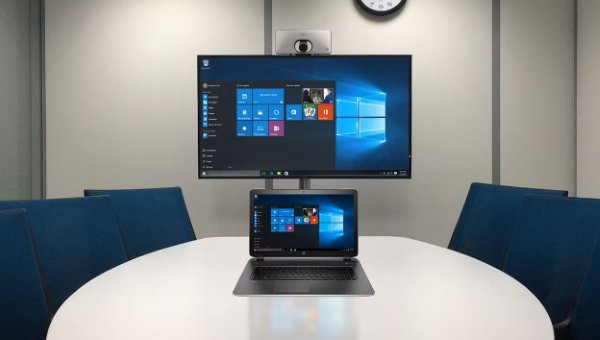 2. Screen Mirroring from Android to TV

3 Pros and Cons of Using Miracast

One of the most common problems that people encounter when using Micarast mirroring and which causes Miracast to not work properly is the inability to add a wireless display. 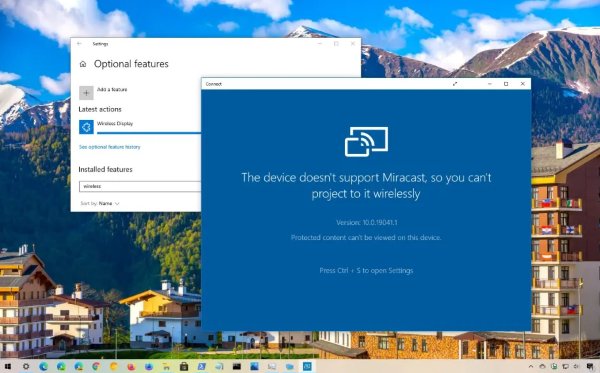 However, there are also some additional problems, that may cause Miracast to not work are:

One of the solutions to the problem of Miracast not working may be restarting the gadgets such as PC, Wireless displays, or adapters. However, if this does not change anything, there are several things you can try:

Note : AirDroid Cast is a screen-sharing software that can be used on Android/iOS/Win/Mac. It has varieties of features offered in comparison to any other screening app and can actually is very easy and simple to use.

If Miracast does not work for you, then the AirDroid Cast can be a great tool to share screens without having Miracast support. It allows sharing of mobile phone/tablets/computer creens to a Mac or Windows computer. Additionally, it also supports two-way audio and remote controls. The use of AirDroid Cast is very easy and can be done in simple steps:

Step 1.Setup
Download and install AirDroid Cast app on both your devices that you want to cast and receive screen by clicking download button below or go to its official website.
Try It Free

Step 2.Finish Connection
Finish the installation process by following the simple instructions shown on the screens of the Receiver and Sending devices. There are three different methods of AirDroid Cast mirror sharing.

1.One of the methods is with a WLAN connection. This can be done with either a Cast code or QR code. After scanning or typing in the code, accept the request and enable casting. 2.The second sharing method is with the use of AirPlay. However, this method is only available for iOS users. 3.Sharing with a USB cable is one of the screen mirroring techniques offered by AirDroid Cast. This method provides an excellent connection and a very clear picture. 5 Miracst vs. AirPlay vs. Chromecast

6 Other Miracast Apps that We Recommend

One of the most famous Miracast app is AirDroid Cast. The tool comes with several features, including several ways of mirroring the screen from mobile phones to larger devices, and control of mobile phones from the computer screen.

Additionally, The tool works with the remote network and gives the possibility to share multiple screens on one device. AirDroid Cast has a pretty positive review on Google Play Store. And it is ranked 4.6 stars in App Store. Positive review’s authors state that the app is very useful for video gaming and is very easy to use. Another useful Miracast app is the Miracast Wi-fi Display application makes it possible to share the Android device screen with the TV. On most devices, the application works perfectly fine, however, some devices may not support it if the Android version is not 4.2 or up.

Overall App rating on the Google Play Store is 2.7 stars. Positive reviews mainly state that the application is exactly what the user has been looking for. The user mentioned that he tried many sharing tools and none of them worked well until he came across the Miracast Wifi Display.

The negative reviews state that the users have to reset and redownload the Application often in order to make it work. Also, they talk about the lagging problem and therefore, are looking for better options.

Miracast Screen sharing/ mirroring shortcut is a Miracast app that helps the users to directly open the cast screen settings without the additional looking. It is used for screen mirroring to the Smart TV or the devices that support Miracast. 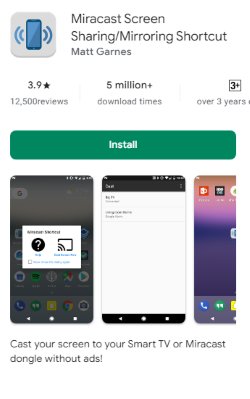 The application has a rating of 3.5 on the Google Play Store. People say that the app is exactly what they needed and helps them to enable the wireless display easily. However, negative reviews state that It had connection problems and was struggling with the casting process.

In this article, we discussed what is Miracast and its usage steps. Additionally, the alternative solutions and screen mirroring tools were introduced, discussed, and compared. Now you know how to use Miracast, what is needed and how to solve the problems related to it. The alternative solutions that also provided screen mirroring were AirDroid Cast, AirPlay, and Chromecast. Every technology comes with its pros and cons. Miracast is a great tool and will make screen sharing easier, however, if you wish to have additional tools, AirDroid Cast is highly recommended.