Sony TV Screen Mirroring from A SmartPhone or A Laptop

Reap the benefits of AirDroid Cast’s Local and remote connection feature. Enjoy watching a phone’s content from another location on your Sony TV. With HD video and audio streaming, AirDroid Cast can enhance your content-watching experience to higher levels.

Sony TV Screen Mirroring from A SmartPhone or A Laptop

Accessing the internet and streaming services from your phone or tablet is quite easy. But sometimes you want to view content on a bigger TV screen. Is it possible to mirror your phone or tablet to a Sony TV? With the right gear, it's quite simple. All the latest device models have an in-built screen casting feature.

Unfortunately, not all devices work well with each other, so you have to look for a third-party application. AirDroid Cast is one of the most reliable and efficient screen casting apps. It is compatible with all devices regardless of their type and model.

Whether you have a mobile device or computer, the article lists the steps to do Sony Bravia screen mirroring.

How to do screen mirroring Sony Bravia from Android?
There is an inbuilt screen casting option available in most Sony TV models. The settings and options may differ for each device, but the general procedure for Sony TV screen mirroring:
1. Tap on the Input button on your remote and select screen mirroring.
2. On your other device, click on Settings>Connectivity>Screen Mirroring and click start.
It will show a list of available devices. Select your Sony Bravia TV to start casting.
Does Sony BRAVIA have to mirror?
Bravia TVs released between 2013 and 2020 support Screen mirroring. However, the function isn't supported in Android TVs/Google TVs after 2020. Miracast compatible devices like smartphones, tablets, and computers are required also support Sony TV screen mirroring. Apple devices don’t support Sony Bravia screen mirroring but the AirDroid Cast app can help you cast the Apple device's screen.
What app is needed to mirror my Android phone on a Sony Bravia smart TV?
The best and most effective way to mirror the Android screen to Sony Bravia TV is using AirDroid Cast. It is fast, reliable, and doesn’t have any memory requirements. AirDroid Cast offers high-quality video and audio streaming to enhance your content-watching experience. With its local & remote casting feature, you can view the content of a phone from another place on your TV.

Part 1: How to Set Up Screen Mirroring on A Sony TV?

1. Press the “Input” button on your Sony TV remote control.

2. Select Screen mirroring and press Enter to start. The TV will go on standby until a mobile connection is made. 3. A screen mirroring standby screen disconnects the wireless connection between your TV and your wireless router. Go to “Screen Mirroring.” On the Screen mirroring screen, click on Start.
Choose the name of your TV.

5. Once the connection is established, you can see your mobile screen on Sony TV!

Part 2: How to Screen Mirroring Sony TV from A Laptop (Mac & PC)?

When it comes to screen mirroring from a non-compatible device, you may need an alternative method for screen casting. One of the most effective ways to screencast from any device or any model is through AirDroid Cast.

AirDroid Cast let users stream media across multiple platforms. With its easy user interface and free availability of multiple features, the app has won people’s hearts in a short time. Whether you want high-quality audio or visual media streaming, it is designed to cast media in HD quality.

There are multiple connection options available including wireless, wired, and remote. Its browser compatibility makes it easier for users to screencast on older PC models. 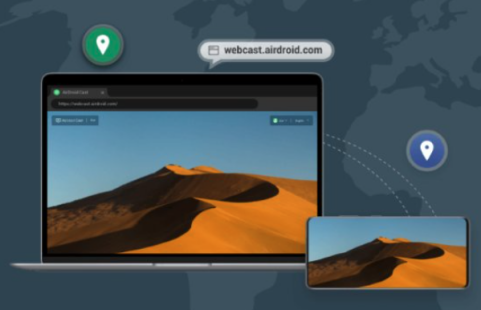 How to Cast Laptop to Sony TV using AirDroid Cast? 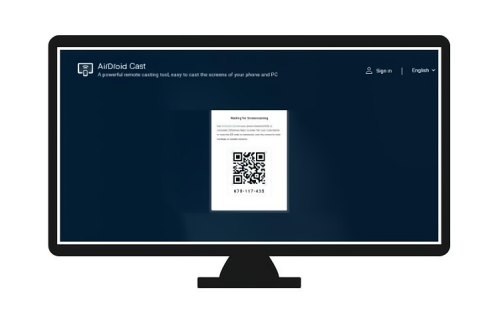 Part 3: How to Screen Mirroring Sony TV with Samsung Phone?

1. Turn on your Sony Bravia TV and press the Input button or Arrow button on its remote control.

2. Choose the Screen mirroring option at the bottom of the list. You can find your Sony Bravia TV model here. 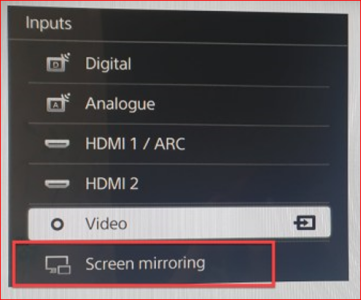 3. Swipe down twice in the quick notification panel of your Galaxy phone and then choose Smart View.

4. To start screen sharing, select your TV's model name and click “Start now”. If you’re mirroring your Galaxy phone to your Sony TV for the first time, you may need to select Allow if prompted. 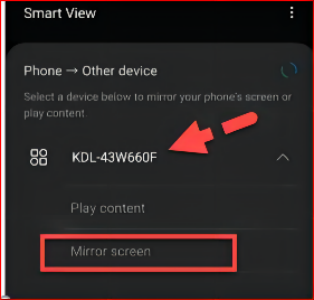 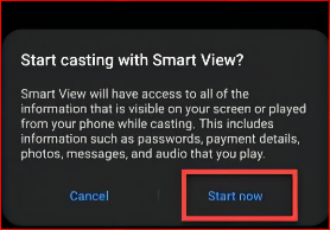 5. It will start screen mirroring Sony TV with Samsung phone and you can see your phone screen on your Sony Bravia TV.

6. If you want to disconnect the Sony TV screen mirroring, swipe down twice to access the quick notification panel. Click on Smart View to end the process.

3. Now, you can see your Samsung mobile screen on your Sony Bravia TV.

What is Screen Mirroring, Screen Casting and Screen Sharing?

Screen mirroring, screen sharing, and screen casting terms may seem to offer the same meanings but are different. Here is what each term means:

It works like looking into a mirror. As you move your arm physically, so does the reflection. When you use screen mirroring, what you see on one device is exactly what happens on the other. For Example: Showing your desktop, laptop, phone, or tablet screen and its every movement on another display in the same room.

When to use: Screen mirroring is ideal for in-person settings. It allows the presenter to use a laptop, or a more accessible device while displaying the content to the whole room.

In screen casting, you cast the content onto another display and cannot see it on both devices. If you’re casting content from your phone to your TV, you will see it only on your TV. Casting your screen to a larger screen is a great way to view content on a larger screen.

When to use: It allows users to play a game or watch YouTube videos on TV. They’ll get a bigger and better display.

It is very similar to mirroring a screen, but the place where the content is displayed differs. With Screen sharing, you can display content from one device to another in a remote or separate location instead of displaying it in the same room.

When to use: A remote video presentation may require screen sharing. You can use screen sharing for remote teaching, collaboration, or sharing any kind of content.

Part 4: How to Screen Mirroring iPhone to Sony TV?

To set up Airplay on Sony TV, make sure Airplay is turned on:

1. Open the settings on your Sony Bravia TV. 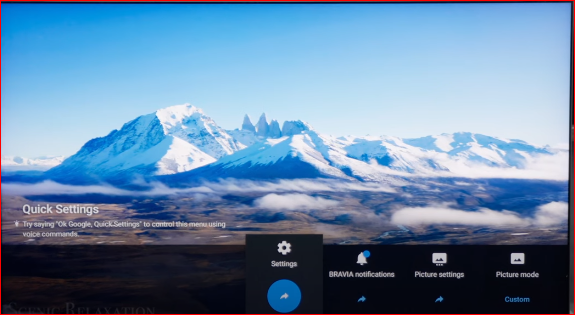 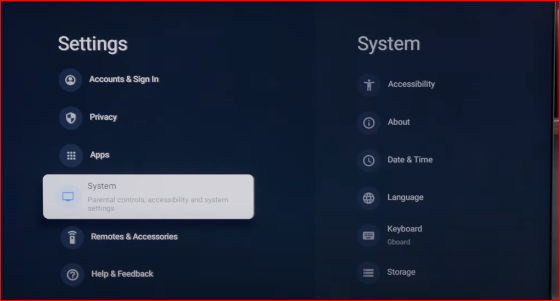 3. Look for the “AirPlay & HomeKit” settings. 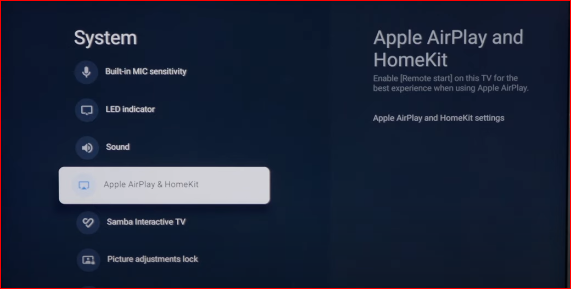 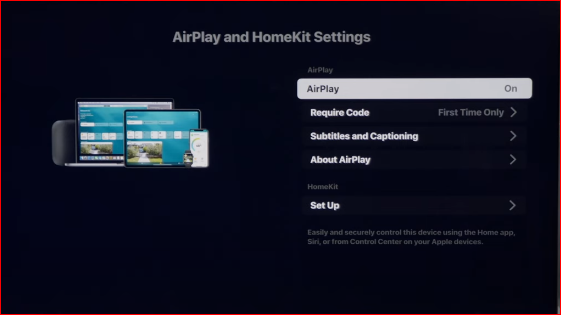 Note : Must ensure that your both TV and iPhone are updated to the latest software version.

Part 5: AirPlay not Working on Sony Bravia TV, Why?

Airplay is supported on all the latest models of Sony Bravia TVs. Here are some possible reasons why your Sony Bravia airplay isn't working:

1. Your TV model is not AirPlay compatible

2. There may be service interruptions or outages in AirPlay.

3. App glitches or bugs may also cause problems.


How to get rid of all AirPlay issues? Try Screen Mirroring iPhone to Sony TV using AirDroid Cast

You just need to download AirDroid Cast on your iPhone, and then browse webcast.airdroid.com on your Sony TV. Next, scan QR codes or input Cast Code shown on your TV by your iPhone.
Once you connect your iPhone with TV. Now you can enjoy the high-definition display like never before.

Part 6: Is There Any External Hardware for Mirroring My Device to My Sony Bravia TV?

Yes! You can mirror the screen using Chromecast. To stream your device via Chromecast, your TV and PC/mobile must be connected to the same wireless network.

1. Open Google Chrome on your device and go to the three-dot menu icon and select “Cast” option. 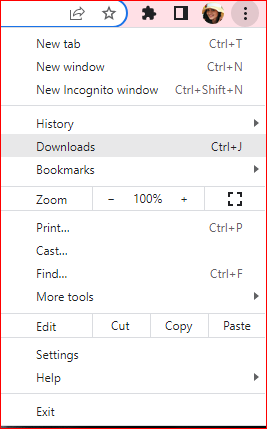 2. Choose “Cast desktop” and a list of Chromecast devices will appear. Select your device name.

Your device may take a few seconds to start casting.

3. Now, you can choose to display either chrome tab or the entire desktop. After you select the screen to share, it will be displayed on your Sony TV.

4. If you want to cast the entire desktop, your device audio is also cast. You can adjust the sound from the slider in the Chrome Mirroring window. 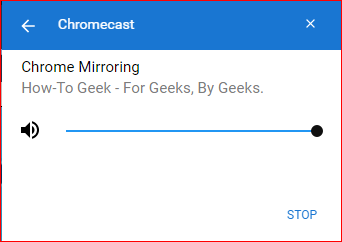 5. If you want to end the screen casting process, click on the Stop option in the Chrome Mirroring window.

Screen mirroring has made it easier to watch your devices on a bigger TV screen. The majority of the Sony Bravia models between 2013-2020 supports screen mirroring. The article lists the ways of mirroring iPhone, Android phone, and laptop screens to Sony TV.

When it comes to incompatible Sony TVs, you can still share your device screen using the AirDroid Cast app. Its simple interface and free availability of maximum features make it the best solution for all your screen casting needs.