How to Play Subway Surfers on PC/Mac for Free?

Subway Surfers Online is one of the most entertaining games on mobile. You play as Jake, the rambunctious teenager who is on the run from a crazy inspector. Jake is caught doing graffiti and now he must run from the relentless pursuer, avoiding obstacles on the way. In this article, we will show you how to play Subway Surfers on PC/Mac for Free. You can't miss it. 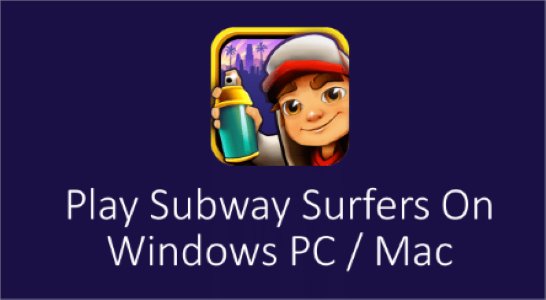 Subway Surfers is originally a mobile game. Given below are the steps to download and play it on Android devices/iPad/iPhone.

2Play Subway Surfers on PC/Mac for Free Through AirDroid Cast

There is a exciting way for playing Subway Surfers without using emulators on your PC. You will not have to deal with buggy controls or pull your hair out because a key wasn’t working. There is a much better and neater way.

What if you were playing your favorite mobile game using your Android’s controls, but with a much larger screen? Sounds wonderful, doesn’t it! With tools like AirDroid Cast, you can easily do that.

AirDroid Cast is a powerful and easy-to-use screen-sharing tool. You can project the mobile phone’s screen onto a larger display. This means that whatever you do on your Android or iPhone can now be projected to the screen of your Mac, PC, or even laptop. This sharing of screens can be easily done via Wi-Fi, Airplay or cable. To do that, you will have to follow the given instructions.

You will have to first download AirDroid Cast and install it both on your phone and your PC or Mac.

Step 2.Select the connection way
Now you will have thress options to connect your phone to PC/Mac. Via Wireless: you need to scan the QR code or imput 9 Cast code using your phone. Using Airplay is a quick way to connect your iOS devices to your computer. You also can use a Cable to connect your devices. Step 3.Allow Permissions
If you are Casting for the first time, a pop up window of Record Audio will emerge which will ask you to mirror the device’s audio. You have to click on Allow. 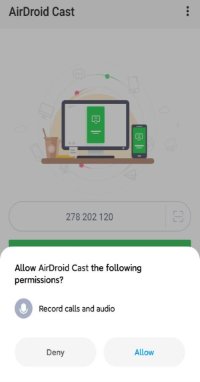 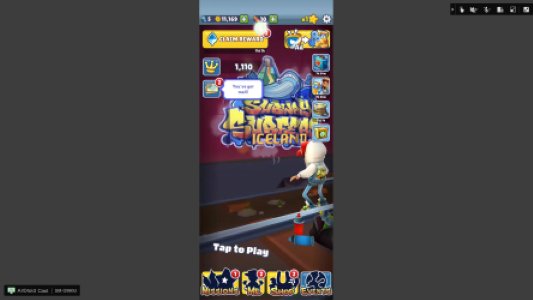 Tips:If you want to use the function of controlling your computer to playing Subway Surfers, you need to subscribe the AirDroid Cast premium.

Another way to run a mobile game on your PC is through the usage of emulators. However before we dive into that, we must understand what emulators are. Emulators are special software programs that allow you to run a program from a completely different device on your computer.

Mostly, these emulators are used for running video games or completely different software on an operating system. For example, people also use special emulators to run Linux on Windows. Given below are steps for running Subway Surfers on your PC using an emulator. Make sure that you have a Google account.

The emulator allows you to play high graphics games on your Windows and Mac devices. There are many customizable options within this emulator. You can play with a mouse and a keyboard. You can also enable a high frame rate for best gaming experience.

Just like BlueStacks, MEMU is another emulator that allows you to play high graphics games. You can share files between Windows and Android devices using this emulator. MEMU also allows you to download games at a high speed. Furthermore, the best part about MEMU is that it allows you to open multiple tabs in which you can carry out separate activities.

Subway Surfer is quite a popular mobile game. It follows a rating of 4.5/5 and it also follows more than 2 million votes. With such stats, it was only a matter of time before it made it to PC and Windows versions. Usually, mobile games are played using emulators on PC. However, it is completely possible to play the game without any emulator on a PC. We can play Subway Surfers on Poki

The Poki platform gives an instant connection to the game, and you can play within the blink of an eye. Poki has new games added to it on a nearly everyday basis. 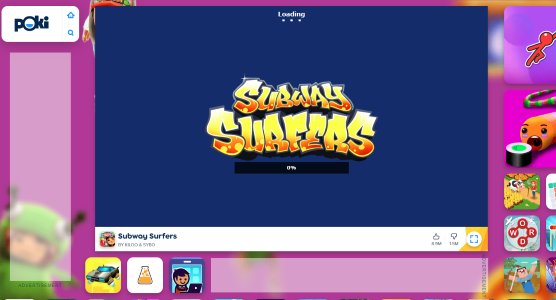 Note that it following these tips is only possible if you are an avid player with skills.

Subway Surfers is just one of the many games that you will learn to love and enjoy. There are a lot of games that employ a running-based mechanism. One of the most popular games is Temple Run which tests your reflexes. You come across a lot of obstacles, make sharp turns, and collect as many coins as possible. Temple Run was the original running-based game that introduced this trend.

Another most famous game that nearly everyone has played is the Google Dinosaur which is similar to Temple Run and Subway Surfers. More such games are Flappy Bird, Moto X3M Racing, Crossy Road, and Agar.io. You can play these games on online platforms as well as on your PC.

This article helped you to play Subway Surfers on PC. There are many ways to do so. The methods include installing emulators and playing Subway Surfers through them. However, the most reliable and best method is using AirDroid Cast to project your phone screen onto PC/Mac and play the game. It involves a lot of flexibility, and it also ensures best playing experience.

Why did the creator make the Subway Surfers Game?

Elsa
There is a tragic story behind the making of this game, circulating on the social media. The creator had made this game in memory of his son who died on railway tracks while skating.
Does Subway Surfers end?

Elsa
Simple answer is no. The game doesn’t ever end.
How can I win a jackpot in Subway Surfers?

Elsa
Winning jackpots comes from mystery boxes. You can either earn them during gameplay or buy them from shop using coins.
Is Subway Surfers more addictive than Temple Run?

Elsa
The clear answer is no. You cannot run Subway Surfers on Jio Phone.
Was This Page Helpful?