3 Reliable Ways to Play Geometry Dash on PC for Free

Despite being a 2D platformer game, Geometry Dash has amassed an impressive following over the past decade since its release back in 2013. Because of this large following that is still on the rise, the game’s developers have worked extremely hard to make it available across multiple platforms. This includes PC and mobile.

The PC version (Steam version) delivers a better experience, allowing players to get past the difficult levels easier. But, there’s one problem; Geometry Dash for PC is not free, and you’ll have to repurchase it even if you already purchased the mobile version. This is daunting.

Fortunately, there’s a way to play the mobile version of Geometry Dash for free on your PC, and in this article, we’ll show you how.

1Geometry Dash: Everything You Need to Know

If you’re new to this game, here’s everything you need to know about it.

What is Geometry Dash?

Geometry Dash is a series of 2D rhythm-based platforming games developed by Robert Topala (RobTop Games) and released back in 2013. It comprises Geometry Dash base as the original game and the following versions:

Geometry Dash Meltdown, World, Bloodbank, and Subzero. Players tap to jump or change direction to avoid geometry-based obstacles as the icon moves across this platform.

Players also have to run the icon through portals to change the game mode or increase the game speed. It has 21 official levels but allows players to create their own levels, hence, it has over 40 million custom levels. This game has the following main features:

Now, let’s look at some questions that Geometry Dash newbies and experts have. What is the hardest level in Geometry Dash?

Extreme Demon Slaughterhouse sits at the top of the most difficult rated levels in Geometry Dash. It ended Tartatus’ reign which took almost 2 years and numerous attempts to complete.

How to get Diamonds in Geometry Dash?

Attempt to beat all featured levels. If you have “Saved Levels” before it got patched, beat the levels here too. Also, ensure to complete your daily requests and daily level as quickly as possible so that more requests come. You can also get diamonds from the reward chests, both small and large.

How to get keys in Geometry Dash？

You need demon keys to unlock the treasure room and the treasure chests in this room. To get these keys, you have to play online levels to acquire Orbs. 500 Orbs, equal 1 demon key.

How to get the Master Emblem in Geometry Dash？

You can use the Master Emblem to let you into the ancient vault. The Gatekeeper in the Chamber of Time needs this to allow you in. The Master Emblem is hidden in the rope in the treasure room (Scratches shop). To access this shop, you will need 500 diamonds and 1000 orbs to buy the Master Emblem. Playing Geometry Dash on your PC, enables you to have a riveting in-game experience because of the larger resolution. In the same way, you’ll be able to have better reactions as you can see the obstacles throughout the course more clearer. This makes passing the demon levels a little bit easier.

23 Reliable Ways to get Geometry Dash on PC

It is pretty daunting to have to pay for the Steam version to play Geometry Dash on your PC, after already purchasing it on your phone. The good news is that you don’t have to, and in this section, we’ll explore three ways to do this. You can use AirDroid Cast to play Geometry Dash on your PC in three simple steps.

Here you have two options: either use the cast code on the PC version of AirDroid Cast or use your camera to scan the QR code. Next, Allow the casting request that pops up on your PC and the permission request that appears on your phone. 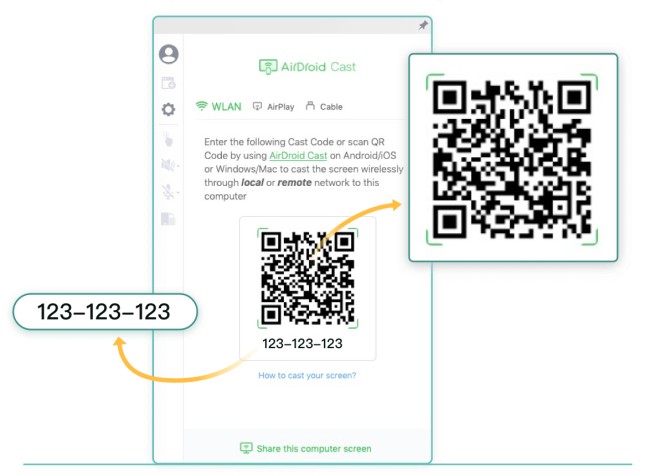 To enable you to realize this, AirDroid Cast has the following features:

If you’re comfortable with the mobile controls for playing Geometry Dash and you don’t want to adopt the PC controls, you can simply play it on your phone and enjoy more resolution from your PC’s screen. The best part about using AirDroid Cast this way.

Tips: AirDroid Cast leaves the decision of buying the premium version on you. However, even if you don’t want to spend money on it, it’ll work seamlessly!

Another way to play Geometry Dash mobile on your PC is by using emulators. Emulators are PC software capable of mimicking an Android system. Therefore you can play Android games on these applications like you would on your phone. Two of these are the LD Player and BlueStacks.

The LD player is an Android emulator for Windows. Although it can run any Android application, it has been built specifically for games. Through the LD app, you’ll be able to download, install, and play the Android version of Geometry Dash directly on your Windows PC. Let’s see how. 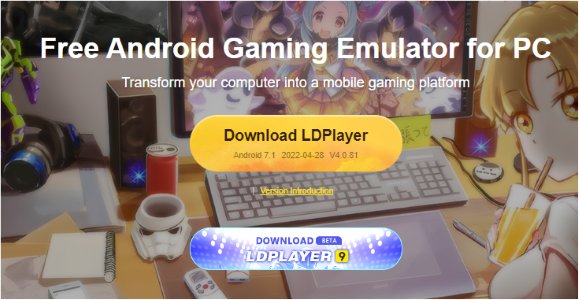 Go to ldplayer.net and download the latest version of this software. Currently, it is version 4 which runs Android 7.1. 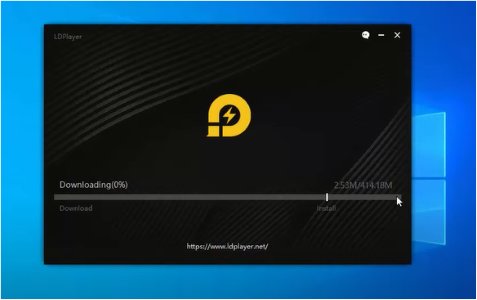 Once installation is complete, click on the Start button to launch it. Next, click on the LD Store button and search for Geometry Dash. When you click on the game, you will be redirected to the sign-in page for your Google account. Sign in with your credentials then you can download the game, launch it, and play it.

Tips: The LD Player has additional settings which can improve your experience with this software. These include controlling the resolution, the processors you want to commit, and memory.

BlueStacks works similarly to the LD Player. You can set up and use BlueStacks in the following steps.

Download it from the official site: https://www.bluestacks.com/ and install it on your computer. During installation, it will take some time to download additional files before installing it. 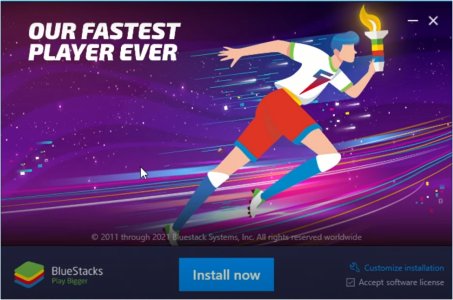 After installation is complete, launch it. This will take a little longer because it is the first time. Next, click on the Play Store app and sign in to your Google account. 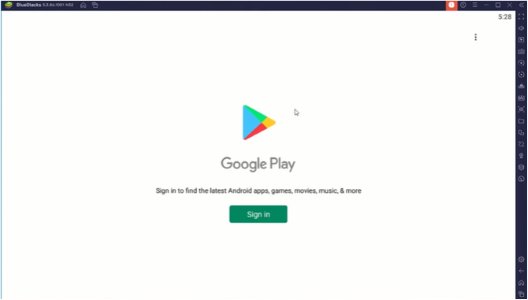 Step 3: Use the search bar on Google Play Store to find Geometry Dash and install it.
Once installed, you can launch and play it on the emulator. 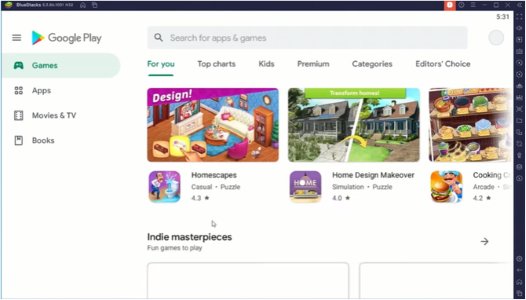 Although Android emulators such as the LD Player and BlueStacks could do the job for you, they are limited to Android devices. What if you prefer Apple products? This places you at a disadvantage. 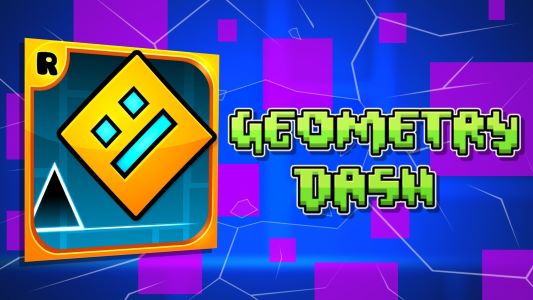 With AirDroid Cast on the other hand you won’t have to experience these issues. By using AirDroid Cast to play Geometry Dash on your PC, you will enjoy the following benefits:

If you’re not contented with purchasing Geometry Dash, are there any other free alternatives to explore?

If you’re looking for a similar free alternative to Geometry Dash, then Geometry Dash Lite is the closest option. It is just like the base game except it is free. The downside is that it is riddled with tons of ads and it has fewer levels (only 15). But the in-game experience is identical to Geometry Dash. 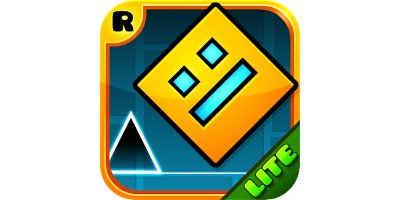 This is a platformer game where players control an avatar moving through a specified path. Players collect crystals on this path to earn points. It is based on Physics, and a player has to be precise and timely with their touches to avoid losing the game. 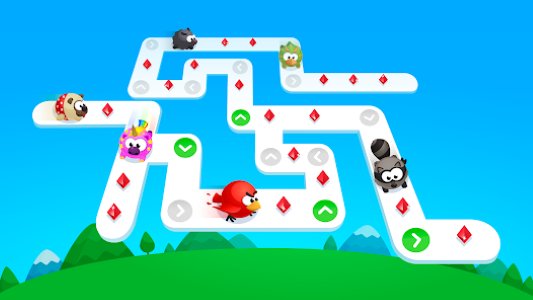 This game consists of balls coming towards the bottom of the screen which players should tap at the right time to earn points. 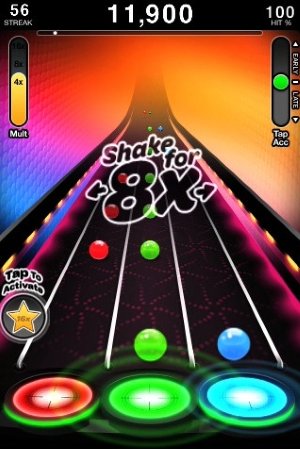 Just like Geometry Dash, it is rhythm-based and the levels get more difficult as you advance. It has both single and multiplayer modes.

Playing Geometry Dash on a PC gives you a better experience of the game. Many players have found it easier to pass the demon/insane demon levels on PC than on mobile. Unfortunately, you have to purchase the Geometry Dash for PC on Steam even after you’ve already purchased the mobile version.

When is Geometry Dash 2.2 coming out?

Elsa
Geometry Dash 2.2 is taking too long to be released because the game developers are trying to figure out how to incorporate the multiplayer game mode. As of now, there’s no definite answer. Geometry Dash Lite was deemed 2.2 after the addition of the ‘Electroman Adventures’ level back in 2017.
Can I get Geometry Dash for free on iOS?

Elsa
No, you’ll have to pay $1.99 in the Apple store. Alternatively, you can decide to get Geometry Dash Lite if you’re willing to put up with the ads.
Why does Geometry Dash not open on iPhone?