Mirror Your iPad to Mac/MacBook

[Updated 2022] How to Screen Mirror iPad to Mac/MacBook?

There are so many possible ways you can mirror your iPad screen to Mac but we describe the most effective and efficient way to screen mirror an iPad to Mac.

Part 1: Can I Screen Mirror iPad to Mac?

It is possible. The screen mirroring from iPad to Mac desktops is the most common controlling media on your Apple devices fast and effective to get better results and a unique experience. Here we offer so many ways you can stream your iOS device content on Mac’s bigger screen. With the following methods, you can give a presentation, file sharing, listening to podcasts, watching movies, or remote and multi-attendee screen meetings on Mac easily.

Part 2: How to Screen Mirror iPad to Mac with Airplay (wirelessly)?

Airplay is a wireless communication that allows you to share multimedia of the iOS device to the Apple TV. After the release of Airplay 2 in 2018, it enables screen mirroring of the iOS to other Apple devices.

1 Use MacOS Monterey to mirror iPad to Mac

The MacOS Monterey is consistent with the many Macs devices that are compatible with MacOS Big Sur, but it is not supported on outdated MacBook Air and iMac from 2013 and 2014. Features: The MacOS Monterey works with other Airplay modes.

AirDroid Cast is application free open-source downloadable application from the AirDroid web. This app is very powerful because it has the function of control. so that you can manages your email, files, contacts, and other data direct on your phone or iPad through a computer. 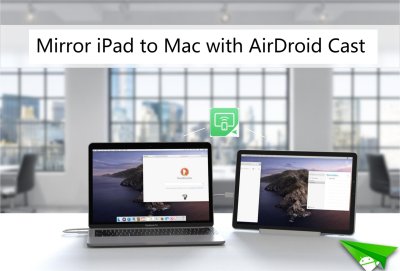 Next, we will show you the detail of connection by Airplay. However, use a USB and wireless network also are recommended ways to mirror your iPad to a Mac. When you use the via wifi, it allows you to give access to connect the devices remotely. Wherever you are, just need to get the cast QR or cast code shown on Mac to screen mirror your iPad.

You can cast your iPad to Mac by installing the AirDroid Cast from the web to make your computer AirPlay receiver which enables mirroring iPad, Mac, and iPhone to the computer screen. By following the steps screen mirror iPad to Mac with AirPlay.

Try It Free
Step 2. Start mirroring via Airplay
Tap screen mirroring within the center of the your iPad and choose AirDroid Cast. When the connection is established then the screen of the iPad to be cast on your Mac. 3 Use Reflector to mirror iPad to Mac

Reflector4 is a screen mirroring and multimedia sharing application. Reflector receives connections from the Google Cast, Miracast, and Airplay protocols that are native to your devices so you can screen mirror and stream without any additional software or hardware. You can mirror iPad to Mac with Reflector by following these steps. 4 Use Apowermirror to mirror iPad to Mac

Apowermirror is a software application that allows its user to screen recording and mirroring options. It is open-source software available for Windows, iOS, and Android devices. You can mirror iPad to Mac with Apowermirror by following the steps. 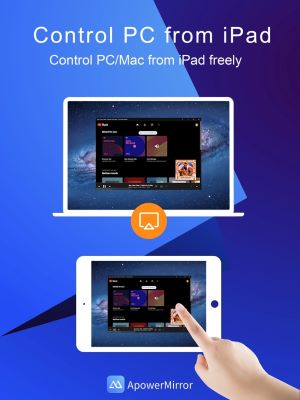 5 Use Filmage Screen to mirror iPad to Mac 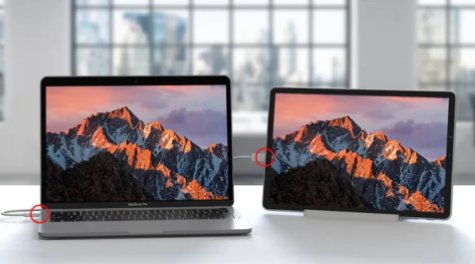 Part 4: Bonus Tips – How to Screen Mirror Mac to iPad?

You can mirror the Mac screen to the iPad with Apple Sidecar built-in feature when you need to share multimedia files, screen presenting, and entertainment purposes.

Use the sidecar to Mirror Mac to iPad

Before screen mirroring of Mac to iPad, make sure both devices are using the same Apple ID and Wi-Fi network. Then start to mirror by the following steps. While using the Sidecar Airplay symbol is blue. Selects the choice to mirror your Mac display to your iPad.

How to Mirror Mac to iPad Without Sidecar?

The sidecar feature is used on MacOS Catalina on the iPad OS 13 iOS device. If you’re using an older version of your Mac, download and install a third-party second-screen app and prefer settings for screen mirroring from Mac to iPad. 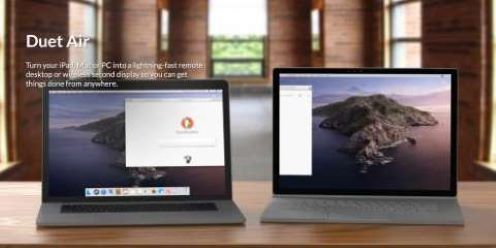 2.Steps to use iPad as a screen display:

While using the Sidecar Airplay symbol is blue. Selects the choice to mirror your Mac display to your iPad.

The MacOS Monterey feature allows iOS users to control the screen of their device mirroring, screen sharing, file sharing, notification, and SMS management remotely through the iOS built-in feature. If your device is not supporting the MacOS Monterey feature, you can choose AirDroid Cast. It allows its user to control devices remotely, screen sharing, file sharing, and screen mirroring.