With AirDroid Cast, getting started is very easy! You can even wirelessly connect your Android to your computer, enjoy receiving notifications and control your phone screen on computer.

[2023] How to Mirror Android Screen to PC without Root?

You can use remarkable mirroring technology to send any media that is playing on your smaller phone to a larger one, such as your computer!

Do you want to mirror your Android screen on your PC without root? There are 3 methods that will help you to do Android screen mirroring from PC, so you needn’t root your phone.

Stick with us to get know-how about the android screen mirroring procedure in different devices.

Part 1. What You'll Need to Display Phone Screen on PC?

To set up the mobile screen mirroring, open your cellular data / connect your phone to a Wi-Fi connection or use the Computer Cable. According to this, you just need to tick "Always allow" from the pop-up at USB debugging is activated when it is turned on. Also, don't forget to activate Android developer options. You mustn't turn off the feature while using it.

Part 2. How to Mirror Your Android Screen to PC Wirelessly?

You can mirror Android to PC with Airdroid Cast. It is a powerful tool to cast the screen to a Mac computer or Windows.

With AirDroid Cast, getting started is very easy! You can even wirelessly connect your Android to your computer, enjoy receiving notifications and control your phone screen on computer.

Want to learn how screen mirroring works? Get started and know how it's done!

Key Features of the Airdroid Cast

AirDroid Cast has been the go-to application for Android screen mirroring due to the number of innovative features and smooth synchronization between the device and PC.

Airdroid has a two-way audio system. During a meeting, two-way audio allows everyone to talk and discuss things. By using this application, communication efficiency is greatly increased.

To start with casting the android screen to PC with AirDroid Cast, follow the step-by-step procedure.

Step 2.Connect both the devices
Open AirDroid Cast, to conncect Android and PC, you can choose to scan the QR or enter the mirror code on the PC side, USB cable connection is also avaliable. Step 3.Start Mirroring
After connection and finish neccessary setting, your Android device's screen will appear on your computer now.

Part 3. How to Do Android Screen Mirroring to PC via USB? Video Tutorial: How to Mirror Android Screen to PC?

Part 4. How to Cast Android Screen to a Windows 10 PC?

In order to cast your Android screen on your Windows 10 laptop (or any other computer), you need to follow the steps below to complete setting. 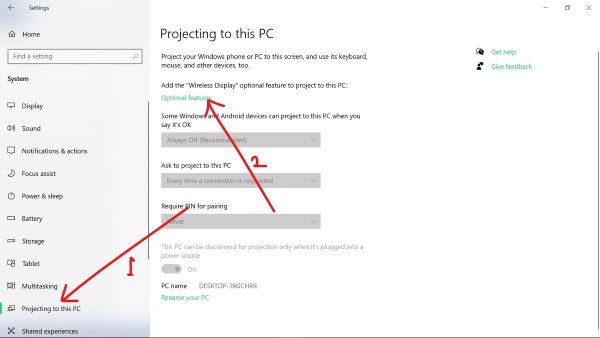 Part 5. How to Do Android Screen Mirroring to Mac without Installing Software?

If you are thinking to do screen mirroring from an Android phone to Mac without installing software, then I am sorry to tell you that it is impossible. To cast a screen, first, you need to install reliable screen sharing software and then follow the instructions for screen mirroring.

Part 6. How to Mirror an Android Phone to a Chromebook? 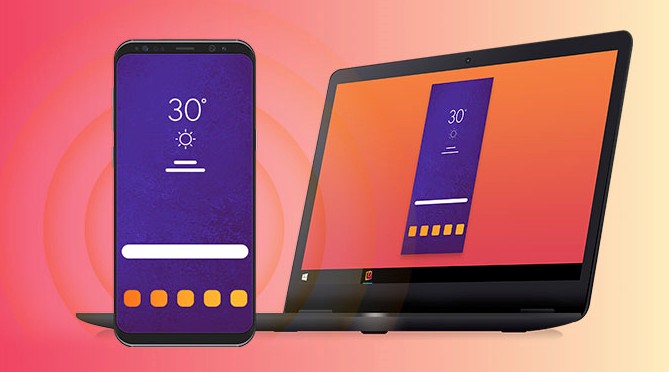 Part 7. Why Airdroid Cast is the Best Way to Mirror Android on PC?

AirDroid Cast is the best screen mirroring app because it allows users to see and control their Android, iOS, Windows, and Mac screens directly from a computer. With great features like a simple setup, fast speed, phone-to-PC mirroring, as well as you can use AirDroid Cast to view and control your surroundings Android or iOS device on a computer. It is the most complete solution for all your mobile device scenarios.

Hopefully, you got a handful of information about how to mirror your Android device to a Windows 10, Mac, or Chromebook computer and other devices. It's an effortless process! All you have to do is follow the steps mentioned in the article and you'll be able to view all of your phone's contents on any PC with AirDroid Cast installed.

Q1. Which one is better for Android Screen Mirroring between USB and Wireless?

Mirroring your Android screen to a PC via a USB connection is better because it's more convenient and Wireless connections have relatively poor latency. The lag time between what you do on your phone and what's displayed on the screen is often noticeable.

It's quite annoying that when you disconnect after using Wireless-Mirroring, you have to close the app down on both platforms before it'll work again.

Q2. Can I mirror my Android phone to another phone?

Elsa
Yes, you can mirror an Android phone to another phone through some screen mirroring apps that support phone to phone mirroring. By installing these kinds of software, you can easily share your screen.
Q3. Can I view my Android Phone screen on TV?

Elsa
Yes! With the AirBeam TV, you can mirror your Android phone screens on a bigger display. Screen mirroring doesn't require the phones and the computer to be on the same network.
Was This Page Helpful?