[2022] How to Chromecast Netflix from Phone to TV?

On a small screen, watching a Netflix movie occasionally won't be very comfortable, causing you to squint your eyes awkwardly. Many people frequently inquire, "Can you Chromecast Netflix from your phone to your TV?"

Fortunately, there are several ways to cast your phone to your TV to enjoy Netflix on a big screen.Continue reading the article to discover more about how to easily Chromecast Netflix from Phone to TV. 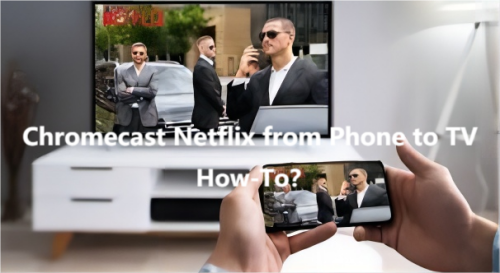 By using Chromecast or a separate wireless connection to the Netflix app on your smart TV, PlayStation or Xbox gaming system, or Blu-ray player, the Netflix mobile app can connect to your TV.

2How to Chromecast Netflix from Phone to TV?

In addition to being an external device for streaming media, Chromecast also features a screen mirroring capability that, assuming you already own the device, makes screen mirroring Android to TV simple. For Chromecast to function, make sure your phone has an Android system version 5 or higher before attempting this.

You may Chromecast Netflix from your phone to your television with Chromecast built-in by following the below steps. 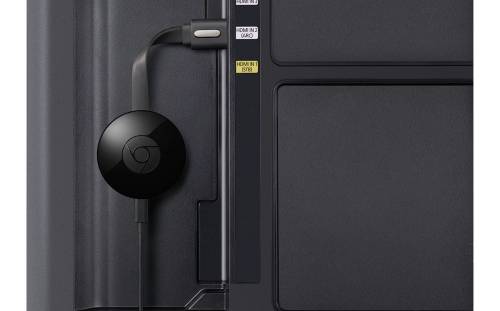 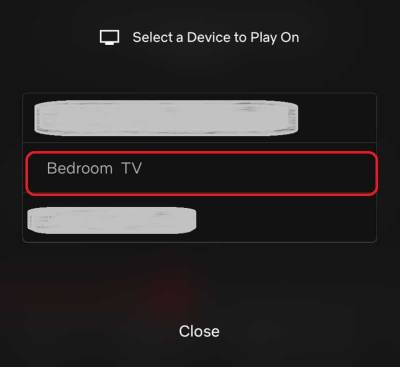 3How to Cast Netflix from Phone to TV without Chromecast？

When we need to cast an Android device to a TV, Chromecast is the first option that springs to mind because it is a powerful and practical technology that enables you to watch content from your mobile gadget on any TV with an HDMI input.

How can you cast a phone to a TV, though, if you don't have Chromecast or it doesn't work? You will be introduced to a safe and practical method in this post. Your Android and iPhone display will then appear on a bigger screen.

An online casting tool is AirDroid Cast. It offers a simple way to share your iOS and Android devices on a bigger screen. AirDroid Cast is very useful because you just need to follow simple steps to cast the video on your Phone to TV and don't worry about registration and sign-in in to access the web version of the software.

Android TV, iOS devices, Windows and Mac computers, and Android TV may all be cast using its features.

Start casting from Netflix from Phone to TV via AirDroid Cast 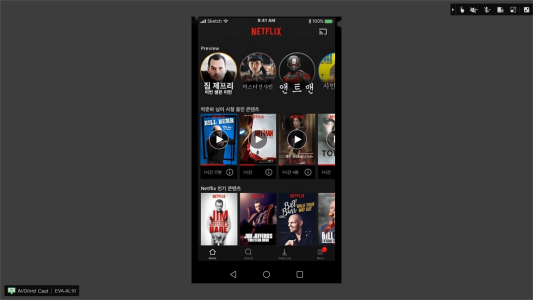 4How to Cast Netflix from Phone to TV without WiFi？

On a little screen, watching a movie occasionally won't be very comfortable; instead, you'll find yourself painfully straining your eyes. Many people frequently inquire, "Can you screen mirror without WiFi?" Fortunately, there are a number of ways to mirror a phone to a TV without WiFi.

How to Cast Netflix from phone to TV using Miracast?

A built-in feature called Miracast allows one device to mirror its screen to another. This software uses WiFi direct, which does not require WiFi to establish a connection, but it can only be used if your TV and smartphone both support Miracast. Just follow these simple steps, and you're good to go:

How to Cast Netflix from phone to TV via Ethernet?

You may screen mirror your Android device to your TV using an Ethernet adapter. All you need to do is connect your Ethernet adapter and TV, and the comprehensive instructions on achieving this are given below. 5Why Does Netflix Not Work on Chromecast?

Netflix is a streaming service with a subscription-based model that provides thousands of films, TV episodes, series, documentaries, and much more. A wide range of entertainment is available, including comedies, dramas, movies, and television shows. You may easily Chromecast Netflix using the built-in casting icon in the app because it is a compatible Chromecast app.

However, occasionally some problems could prevent Netflix from functioning correctly on Chromecast. Don't worry; we've included the typical workarounds below that will make Netflix compatible with Chromecast.

Turn on the WiFi on your phone. Verify that Airplane Mode has been disabled and that it is not only utilizing a 4G or 5G signal.

Put in the Netflix application. The app is required regardless of the device you want to stream from. Install the app on your smart TV and stream using the remote if it has one. If you've connected to an external Chromecast, you'll need the app on your phone to control it.

Verify that your TV is linked to your WiFi network. You must manually log in by using the internet settings on the TV.

Your connected devices should be connected to the same WiFi network. You must confirm that your Xbox, PlayStation, or Blu-ray player has been manually linked to the same network as your television. 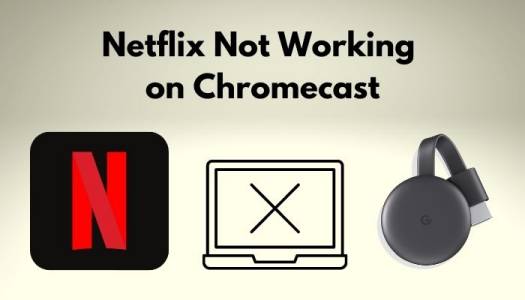 Running the Netflix app on an outdated version may potentially result in problems. Therefore, it is crucial to see if the Netflix app has received any new upgrades. Make sure to update it from the Play Store or App Store if there are any updates.

Clear the cache of your device

Your Chromecast will save temporary data in the cache. These data build up and cause your device to lag. These cache files occasionally cause problems with the app not loading the content. Your Android or iOS device's cache must be cleared to resolve all issues and return the app to regular operation.

Casting Netflix from a phone to a television used to seem quite challenging, but with the correct application, you shouldn't have any trouble. Screen casting is made possible by a wide range of software and tools.

You may enjoy screen casting from a phone to a TV with the AirDroid Cast if your TV does not support the built-in apps. You can quickly and effortlessly connect your iOS or Android phone to your TV with the aid of AirDroid Cast. Try it now by clicking the below botton.

6FAQs about casting Netflix to a TV

How can I launch Netflix on my TV without WiFi?

A wireless display technology like Miracast or Chromecast can cast Netflix to your TV without WiFi, even though doing so will result in a superior experience. Your sending and receiving devices will now be directly connected as a result.

Follow the instructions in the article above to cast Netflix from an Android phone to a TV without WiFi.

How to Use Netflix Without A Smart TV?

Elsa
If you don't have a smart TV, you can stream Netflix movies and TV shows to your TV using a streaming device like Chromecast, Roku, or Firestick. You can cast Netflix content from your phone or the Google Chrome browser to your TV if you own a Chromecast or a TV with a built-in Chromecast.
Can I stream Netflix from my phone to my TV via USB?

Elsa
Yes, you can use an HDMI-to-USB adaptor to connect your phone to your TV via USB. Use the Netflix app on your phone to discover something to watch after switching the TV source to USB.
Can I stream Netflix from my phone to my non-smart TV?

Elsa
Yes. Use a gaming console to log into your Netflix account or a streaming device like Apple TV, Roku, Chromecast, or Amazon Fire TV Stick. Alternatively, connect your laptop to your TV with an HDMI cable.
Was This Page Helpful?