Cast Your Phone to a Computer

Can You Cast Your Phone to a Computer?

If you want to have the best experience using your phone, having a larger screen is one of the best approaches. It will help you display the activities of your phone more visibly. As a result, you would not need to strain your eyes to see or find it difficult to show others what you are doing on your phone. 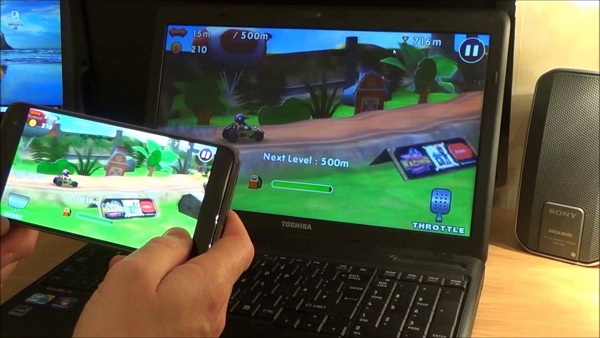 Many people know that one of the features of a smart TV is that it can connect to any device. However, a surprisingly more significant percentage of people are unsure if they can cast their iPhone or Android to their macOS, Windows, Linux, etc. Hence, you will get an answer to the long unanswered question of can you cast your phone to a computer?

Part 1. Can You Cast Your Phone to a Computer?

Yes, you can cast your phone to a computer. You can project your iPhone or Android to their macOS, Windows, Linux, etc. Different smartphones have their unique features for casting phones to computers. For instance, Microsoft released the Your Phone app in 2018. This app works on Windows, and when the Your Phone Companion app is installed on Android, the two can connect. This example uses a Wi-Fi pairing that lets the Android device interact directly with Windows. 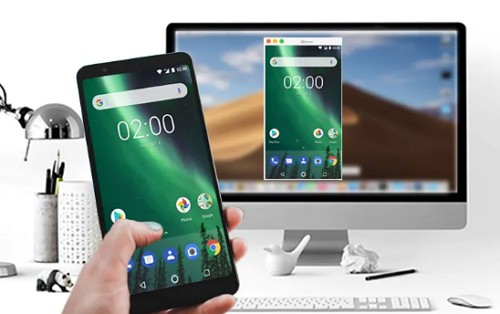 Besides this wireless option, cable devices can help you cast from phone to PC. Furthermore, third-party apps can help you manage a wired or wireless connection whenever you need to cast to a computer from your phone. Finally, different connections are used for casting a specific smartphone OS to a particular PC Operating System. In the sections below, we will be showing the different methods and tools for casting your type of phone to your type of computer.

Microsoft Connect App is a wireless connection tool for casting a phone to a PC. (Apart from PC, it can cast phone to TV, projector, and other displays that support it.)

It is an optional component of the wireless display setup of Microsoft OS. You will only find this feature on Windows 10. It does not work on iOS. The computer must also support Miracast. Below is how to configure the Microsoft Connect app.

Step 1. Click on Actions on the left side of your screen.

Step 2. Click on the search bar for Group and select Recommended Quicklaunch.

Step 3. At the bottom of the screen, click the + sign and then type connect in the Select Actions screen.

Step 4. From the action dialog box, click on Connect, then proceed to the next screen by tapping on Next at the bottom of your screen.

Step 5. On the new screen, set Display Rules and Order to Optional.

Step 6. Complete the process by clicking Save at the bottom of your screen.

AirDroid Cast is another method for casting a phone to a computer. This part will show you how to use AirDroid Cast to project the android screen to your PC. Another popular feature of AirDroid Cast Apart is that you can use it to control your Android phone remotely. It also has a web version that makes screen mirroring more easily. Below are the steps to cast an Android screen to a PC with AirDroid Cast.

Step 3. Choose a method for connecting your Android device to a PC, e.g., WLAN, AirPlay, and USB.

Step 4. Turn on the casting feature to start projecting your Android screen with AirDroid.

You can also use this user-friendly wireless software to cast iPhone to PC. For computers like Windows, Linux, etc., you can use AirDroid Cast. You can even cast multiple iPhone screens to one computer screen. Here is the step to set up your AirDroid Cast to display iPhone on PC.

Step 2. Download and install the AirDroid Cast on both devices and open it.

Step 4. Select the PC named AirDroid Cast from the list. Once the two are connected, it will display the iPhone screen on your PC.

Apple Inc has provided a feature for connecting its gadgets, especially iPhone with MacBook. A wireless connection named AirPlay helps users cast iPhone screens to MacBook. In addition, it works well for casting iPhone to other Apple screens like macOS and tvOS. 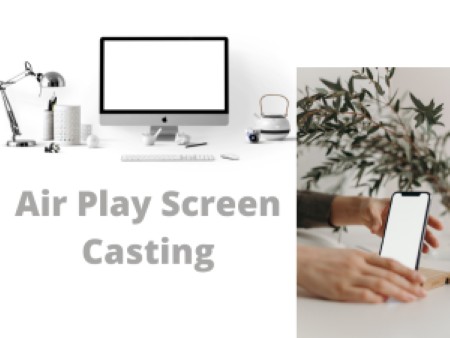 Step 1. Connect the iPhone and MacBook to the same Wi-Fi network.

Step 3. Select the Mac computer you want to cast from the list. If there is a passcode for your AirPlay, enter the passcode and proceed.

Step 4. Once the two are connected, it will display the iPhone screen on your PC.

Cast to PC VS. Display Phone Screen to PC

Cast to PC entails sharing an action being performed on your screen to a PC. For example, when watching a movie, streaming a match, live show, etc., you can share it with other people by casting that screen on your PC. In contrast, displaying the phone screen on PC projects all the activities on your phone to your PC screen. Hence, as an action is being performed on your phone, you can watch it on your PC.

This article has helped to demystify the possibility of casting phone to computer. Hence, you can cast your Android or iPhone to any computer, like Linux, Mac, Windows, etc. Also, various other features come with casting your phone to your computer.

For instance, you can use the computer to control the phone on some devices. In addition, users are not restricted from making a connection. You can cast your phone to your computer by using an adaptor, Wi-Fi, Bluetooth, UDMI, USB cable, or internet.