How to AirPlay YouTube from iPhone to PC/Mac and TV?

AirPlay is only compatible with iOS devices. So, YouTube does not support AirPlay for all devices. AirDroid Cast is a screen mirroring app that has vast usage. It also supports AirPlay for iOS devices. This means that you can use AirDroid Cast app to AirPlay YouTube from iPhone to Windows PC or any other OS. Installing AirDroid Cast on your PC make it an AirPlay receiver so you can easily cast your iPhone screen on Windows PC. You can also AirPlay YouTube from iPhone to Mac without any third-party app. It is quite simple to do. Use the built-in iPhone feature of the YouTube app for it. If you are having an iPhone you can AirPlay YouTube from your mobile to the Apple TV or other Smart-TVs compatible with AirPlay. 2 Other Way to Cast YouTube from iPhone to TV?

If your TV is not compatible with Airplay, you can connect your iPhone to TV to cast YouTube using an HDMI adapter. The only thing to make sure is that your TV supports the HDMI cable you are using and also that you are connecting the cable to the right port of the TV. You will use a lightning adapter to connect to your iPhone. 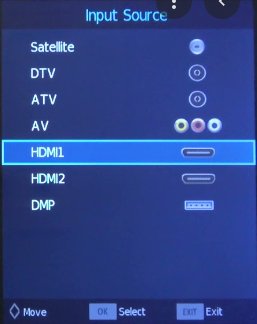 3 How to Cast YouTube from Android Phone to TV by Using Chromecast?

Chromecast is a pocket-sized device to cast your screen to the TV from various devices. Her e we will discuss the steps to cast YouTube from Android to TV using it. 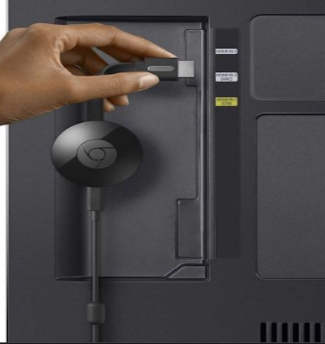 YouTube app is specifically downloaded on your mobile phone. You can download it on your Android from Google Play Store or iOS device from Apple Store. The app is made responsive and thus can be adjusted according to the size of your screen. 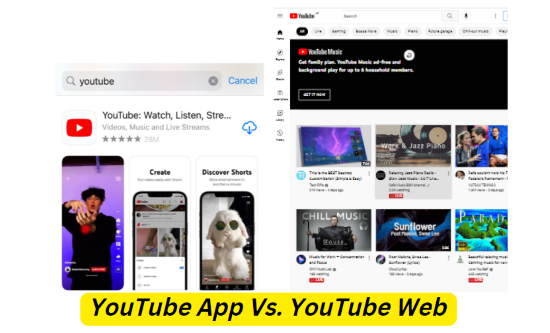 Another difference is that YouTube app shows the ads specific to the search being done from our mobile while on a website it is only possible if you are using the Chrome browser and you are logged in with your Google account.

YouTube does not support the Homepod officially but you can use the AirPlay feature to create a connection between them and then play audio on the HomePod.

Internet connectivity issue is a major cause of casting issues because without the internet it is not possible. Internet is the prior requirement for YouTube casting no matter which method you are using for casting the screen.

Use the troubleshooting feature to resolve a little glitch with internet connectivity. Troubleshooting will automatically try to connect the device to the internet. If it fails then you will be guided with the reason why it is not connected. Restarting the router also sometimes resolves the connectivity issue.

Devices Not Connected to the Same Wi-Fi

For the YouTube casting issue, check with which internet both are devices are connected. If they are not connected to a single WI-FI network. Screen casting can never be possible.

Connected the sender and receiver devices with the same Wi-Fi network for screen casting YouTube because your mobile phone can only find the AirPlay compatible devices if they are connected to the same Wi-Fi.

For the proper functioning of YouTube casting, all the files and software must be completely processed. A single file missing will lead the whole process to fail.

You can delete the YouTube app completely and then install it again, hopefully, the issue would be resolved. Sometimes restarting the devices also proves to be fruitful in YouTube casting.

Missing updates for your YouTube app, Window updating, or the mobile application updating not done can be a cause of error for YouTube casting.

Go to Google Play Store or Apple Store on your mobile and check if your YouTube app needs to update. Also, check the PC if it requires updating or if your mobile phone is missing the latest updates. Updating all the applications involved in YouTube casting will enable the casting of YouTube.

If you are using a Chromecast device or an HDMI cable for casting YouTube from mobile to TV, the issue will be the wrong input. Either you have attached the cable to the wrong port or you have not selected the right input source on your TV.

Attach the cable with the right port for the mobile and the TV. Use additional adaptor is needed for connectivity. Take the TV remote and click on the source button and select the correct HDMI port to which you have attached the cable.

After deep research, we have found a lot of people have this serious concern but no one can answer this question with the right solution. But here is a surprise for all of them. You can multitask while AirPlay YouTube by using AirDroid Cast.

YouTube is one of the most widely used video-sharing platforms worldwide. Now you can enjoy it with more features. If you are watching a video on your mobile and want to cast it on a big screen then you can make it possible using AirPlay. We discussed how to AirPlay from YouTube in above. We are also clear about various concerns to fix casting issues without considering which method we are using.