How to Airplay or Screen Mirror iOS Device to Philips TV? Let’s Find Out!

It's always more fun to see pictures and videos on a big Philips TV screen than on an iPhone, iPad, or Mac. For this, people try to AirPlay Philips TV with their iOS devices, but it is a rather complicated process.

In this guide, I am discussing the top three tools you can use to do screen mirroring easily. In the end, I am suggesting which is the best one that you can use without any hesitation.

So, how to screen mirror iPhone, iPad, and Mac to Philips TV? It’s time to know everything!

1How to AirPlay iPhone & iPad to Philips TV?

AirPlay is one of the most valuable features offered by Apple that lets you screen mirror photos, videos, and music to any other device that is compatible with it. For this, you have to do some preparation!

The first thing to do is to find out whether the Philips TV supports AirPlay, and if they do, then which models? Let's find this out.

Is My Philips TV AirPlay Compatible?

Eight Philips TVs are AirPlay compatible, and you can use this feature to share the screen of the Apple device with the TV. If you have these models, then you can use AirPlay

These eight Philips TV models are compatible with AirPlay:

How to AirPlay iPhone & iPad to Philips TV?

Follow these easy steps to AirPlay Philips TV with iPhone or iPad:

If you update the TV, you can also enjoy Philips TV AirPlay 2 feature.

It’s now time to know the best tools you can use to Screen Mirror iPhone and iPad.

2How to Screen Mirror iPhone & iPad to Philips TV Wirelessly?

Out of different Screen Mirroring tools, I have shortlisted the top three ones you can download and try. These are AirDroid Cast, iMediaShare, and AirServer.

AirDroid Cast is perhaps the most powerful tool that can screen mirror pictures, videos, or any media file to Philips TV wirelessly and effortlessly. It is a blessing for those who feel irritated about passing the phones to everyone to show photos or videos. These people can now just connect the AirDroid Cast with Philips TV and show anything they want on the TV’s screen without any interruption.

But that's not it.

AirDroid Cast is also a perfect tool to be used in important meetings, classrooms, and while delivering any speech or presentation to an audience.

The best part? This tool is super efficient in maintaining a stable connection, and you won't face any trouble if you use it to cast the media files on the TV.

How to mirror iPhone or iPad to Philips TV with AirDroid Cast? 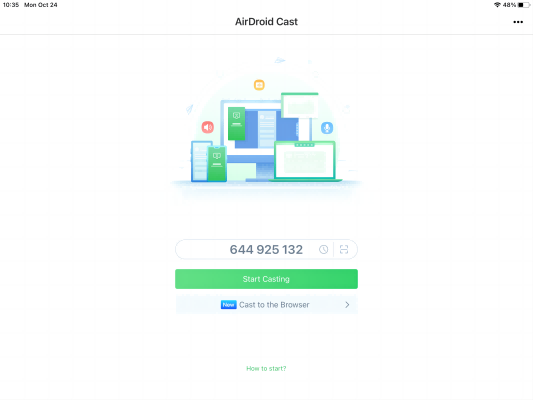 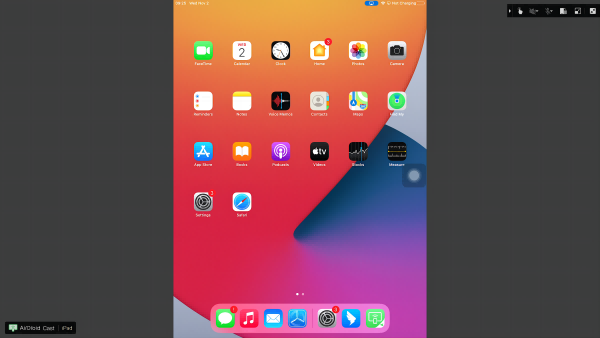 AirDroid Cast is one of the top-rated screen-sharing apps on both Google Play Store and Apple's App Store. People love how simple it is to use and you don’t have to install any additional software, unlike many other Apps. Furthermore, the smooth and strong connection is also praised by lots of users.

Here’s what people have been saying:

The second tool you can try for Philips smart TV screen mirroring is iMediaShare. It is a Flipps Media Inc product and is one of the best free tools you can try. Why? It is because it lets users stream pictures, videos, and audio files from their iOS devices with just a few taps/clicks.

It discovers the new devices around you within seconds and seamlessly makes a connection with any device you want. Whether you are at a friend's house, in a cafe, or anywhere, this app will work efficiently.

iMediaShare also allows you to use your iPhone or iPad as a remote. You can increase or lower the volume by just tapping on the screen. You can also playback, fast-forward, or switch videos using your Apple device.

Another great thing about iMediaShare is that it supports eight famous languages- English, German, Spanish, etc. People have lots of praise for iMediaShare. It is because it has allowed them to flawlessly stream anything they want with ease. Plus, it is also perhaps the easiest tool you can use. With just three simple steps (that won’t take more than two minutes), you can set up a connection between your iOS device and Philips TV and start the screen mirroring.

Have a look at some reviews:

AirServer is the last tool I have for you to screen mirror iPhones, iPad, Macs, and other devices to a smart Philips TV. It is different from others because it supports Quad HD Desktop mirroring. This lets people enjoy sleek video viewing. You can connect this tool with up to 9 devices.

AirServer also includes a Post-processing feature. With this, it can adjust brightness, contrast, saturation, and other things so that you have the best user experience.

All of these AirServer features have been praised by The Wall Street Journal, Mac World, Wire, Engadget, and many other leading media.

How to screen mirror iOS device to Philips TV with AirServer AirServer has been lauded by a lot of verified users. They love the features, functionality, and smoothness of the streaming whenever they use this tool. Furthermore, AirServer has also launched a Philips Edition Receiver as well to make the experience and this move has been praised by Philips TV users.

3How to Mirror From Mac to Philips TV No Matter the Content?

If you use a Mac, then there is a way with which you can Mirror any content you want to your Philips TV. It’s via AirDroid Cast Web.

Let’s find out more about it.

AirDroid Cast Web is the easiest way to mirror your Apple device’s screen with TVs, computers, or any other device that can open a web browser. No matter what content you want to display, the Cast Web will work like a charm.

Its layout is simple too. When you open AirDroid Cast Web on the device where you want to share the screen, you will see a QR code right in the middle. Below it will be a nine[9]-digit code which you can also use to make a connection.

Here's how to mirror from Mac to Philips TV with AirDroid Cast Web: You can also use an HDMI Cable to share your device’s screen with Philips TV. Some people prefer it because network fluctuations do not impact the mirroring, and everything stays smooth.

So, that’s all about screen mirroring from iPhone, iPad, or Mac to Philips TV.

All in all, there are lots of tools available that can do screen mirroring from Apple devices to Philips TVs. In this guide, I discussed the top three that are super effective. But if you want to know which is the best one out of them, then it is AirDroid Cast.

Why? It is because the AirDroid Cast is the most powerful tool out of all. When you use it, you can effortlessly share the screen within seconds. Furthermore, slight network fluctuations do not affect the screen display because of the latest algorithms used in the development of AirDroid Cast.

Plus, it is really simple to use too.

So, download the AirDroid Cast and mirror screen from Apple devices to Philips TV seamlessly.

Is Philips a Good brand of TV?

Elsa
Yes, Philips is definitely a good TV brand that has been manufacturing the top quality TVs for everyone for decades.
How to Enable Screen Mirroring on Philips Smart TV?

Elsa
You can either turn on AirPlay from the TV’s Settings, or you can use different tools (like AirDroid Cast Web) on your Philips TV.
How to Change Screen Resolution Display on Philips TV Screen Mirroring?

Elsa
You can change the screen resolution by doing this: Press Home Button> Settings> TV Settings> Display> Screen Resolution. There, first, turn off the “Auto switch to the best resolution” toggle. Then go to Display Mode and change the resolution.
How Do I Connect my Phone to my Philips Smart TV?

Elsa
You can either use Apple’s feature AirPlay for this or get help from top-notch screen mirroring Apps like AirDroid Cast.
Can I Screen Mirror on All Smart Philips TVs?

Elsa
Yes, with the help of the best screen mirroring tools (like AirDroid Cast), you can share your mobile screen with every smart Philips TV without any problem. You can also use AirPlay, but only eight Philips TVs support it (names discussed above).
Was This Page Helpful?