How to See Who Screenshotted or Viewed Your Snapchat Story

In general, Snapchat is intended to be a private and privacy-focused service, as evidenced by the way. Snaps and Stories disappear after a specified amount of time. However, if another user screenshots any or all of the Snaps within a Story, they can survive far longer than the initial poster anticipated.

Snapchat users can see who viewed or screenshotted a Story through the app's settings. The discussion on how to secretly screenshot Snapchat has been going on for a while now among Snapchat users. It has done searches such as 'how to screenshot on Snapchat without them knowing' to be among the top ones online.

Read on to find out how to see who screenshotted your Snapchat story and screenshot a kid's Snapchat without knowing.

Part 1: How to See Who Screenshotted or Viewed Your Snapchat Story

"Can I see who viewed my Snapchat story" is another popular user inquiry? Snapchat is all about openness. You can always know users who have viewed your Story and, more significantly, if anyone has screenshotted the Story before it disappears.

These are simple steps that average Snapchat users can follow without any difficulty.

Step 1. To view all the Snaps in the Story you posted, head to the stories screen in Snapchat and tap the three small dots next to it.

Step 2. Each Snap has a number and a purple eyeball next to it. That is the number of people who have seen your photo. Step 3. A green triangle would be visible if someone took a screenshot. The number next to it indicates the number of screenshots taken. Step 4. Swipe up on a Snap to get a list of all the individuals who have viewed it. Everyone who has screenshotted your Snap will be displayed in green.

Note : This information is only available while the Story is still active, so check it before it expires!

Part 2: Why Won't Snapchat Let Me See who Viewed My Story?

To see who has viewed your tale, click on the video or image you have posted to your Story. The Snap will then appear, and you may swipe up from the bottom to see a list of Snapchat pals who viewed the Story.

You will not be able to see who viewed your Story on Snapchat because you have been blocked. The individual listed as "Other Snapchatters" on your story viewer list may have blocked you after viewing your Story.

You can track how many people have read your tales and who has read them. If a person only watches a portion of a video story before closing it, it will not appear on the viewer's list.

Part 3: How to Block Someone from Viewing your Story on Snapchat

As you have seen above, it is possible to block someone. Blocking a person means that they will not be able to see your posts. Whatever your reason for stopping someone on Snapchat, here's how to exclude someone from your Snapchat Story.

Step 1. Open Snapchat, then scroll down from the main screen and tap the Settings icon at the upper right.

Step 2. Scroll down and click View My Story under "Who Can."

Step 3. After selecting Custom, check the box next to the person you wish to block.

That's all there is to it; you're done. When you post a Story, that person will no longer see it.

Reports put the 'block' feature as one of the most utilized Snapchat features. The reasons why Snapchat users are blocking each other vary widely from one user to another.

Part 4: Can You Screenshot Your Kids' Snapchat Story Without Knowing?

There is excellent news for you if you've ever wondered how to take a Snapchat screenshot without notice. It is an applauding announcement, especially to parents who are trying their best to monitor the content their kids consume on Snapchat and when online in general.

There are numerous methods. Below are a few examples;

Because of the Internet and mobile phones, people are more prone to participate in unwanted or criminal behavior. Unfortunately, some of these people target children. The best Snapchat Monitoring app for kids is AirDroid Parental Control. It can assist parents in monitor kid's Snapchat activity by showing kid's live screen on parents'. You can take a screenshot of what your kids are doing on Snapchat to have a clue of what is happening behind the scenes. It is one of the primary reasons why the use of this application is widely advocated.

With the app, you can read incoming Snapchat and other text messages in real-time. It will help parents schedule how long and when kids can use Snapchat. This app has key features that parents can effectively exploit for their kid's safety online and offline. It can also help you find your kids anytime and watch & hear what is happening around your kids'.

2Mirror Your Phone to PC

For the entire world, the Internet was a game-changing innovation. It gives them unrestricted access to information and enjoyment. You can even play mobile games on the computer with the help of apps such as AirDroid Cast.

It can also screenshot your kid's Snapchat without knowing. Just need to use the app to cast your phone screen to a computer and take a screenshot from the PC.

3Use Another Mobile Device

So many parents have embraced the use of another mobile device all over the world. Parents have gone to the extent of purchasing other mobile phones to track what their children do on these apps.

It is important to note that the additional mobile devices are often kept a secret between parents. In other words, some level of discretion is required for this method to be successful. This method has proven to be successful on several occasions. It remains one of the most effective ways of monitoring your child online. 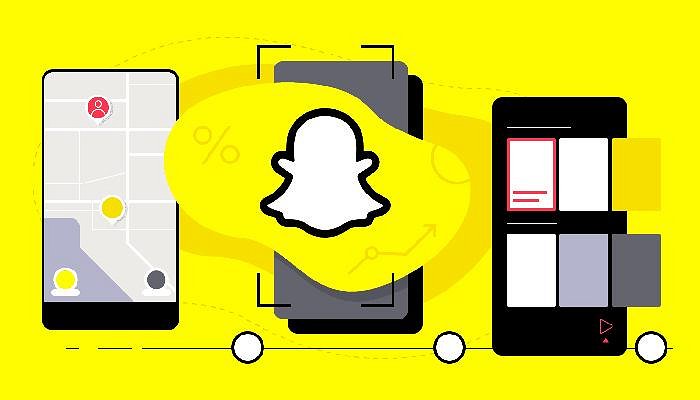 4Take a Screenshot from the Recent Apps Section

By collecting screenshots from the recent apps area, you can have peace of mind knowing you have visibility into your child's online activities.

You can use an appropriate app to receive ongoing automated screenshots for consistent monitoring. View-On-Demand allows you to take quick screenshots of your child's gadget for ad hoc surveillance. View Gallery also allows you to save screenshots in your private gallery for up to two weeks to track ongoing usage. 5Use Screen Recorder in Android 10+

You may wish to discover a technique to monitor and keep track of your children's and workers' actions for their safety and growth. It is possible to use an android hidden screen recorder. It is a covert recorder that lets you know what your children are up to and then take practical measures immediately.

This method only works with Android 9 or earlier and in an earlier version of Snapchat. When both airplane mode and Wi-Fi are active, there is no network connectivity for the Snapchat app to relay an "opened" status to the other person. However, after you reconnect, an open status will be sent. Unless, of course, you log out while in airplane mode. The Snapchat app will then assume that you did not open the Snap and will refresh whatever was sent.

There are millions of Snapchat users all over the world. However, some prefer to remain unrecognizable or discreet in certain circumstances. Fortunately, there are ways of doing that. Snapchat users can view or screenshot other users' stories without revealing their identities.

Q 1. Do You Get Points If Someone Views Your Snapchat Story?

Elsa
What is the Snapchat score distribution? There are points for sending a Snap and issues for opening a Snap, but there are no points for simply communicating on Snapchat. You'll also get the point for adding a Snap to your narrative. Unfortunately, watching a story is not going to raise your Snapchat score.
Q 2. Can You Know If Anyone Has Viewed Your Snapchat Story More Than Once?

Elsa
Similarly, Snapchat does not notify you when your story viewer plays it multiple times. You also can't see how many times someone replayed your tale on their phone. When you go through the views on your Story, you will see the number of users who watched and viewed it.
Q 3. How Can You Know If a User Screenshots Your Snapchat Story 2022?

Elsa
Snapchat allows users to see who has viewed or screenshotted a Story, and both may be found in the same section. Navigate to the account's profile page by tapping on the icon in the top-right corner. When you're on the page, tap My Story and swipe up. The viewer will then be shown on the list of users who have watched or screenshotted the Story. The app will highlight those who have taken a screenshot to make it easier to determine who saw and screenshotted the news.
Was This Page Helpful?