This is 2022, and Twitter is always in the headlines. Also, it has a unique place of authenticity among other social media platforms. But people often feel frustrated when they want to block someone irritating enough to deserve this. Naturally, they go to Google and search for a way to block someone on Twitter. Fortunately, we have gathered most of the blocking tips and tricks you can use to boost your experience on Twitter. Please read on to learn more. 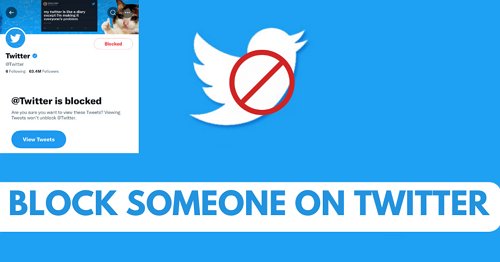 When you are constantly bombarded with lame comments and retweets, getting rid of them is essential. And the best way to do that is to block the person or people harassing you. Here are a few methods:

Did you know that you can block people from seeing specific tweets? Well, if you didn't, here is how you do it: 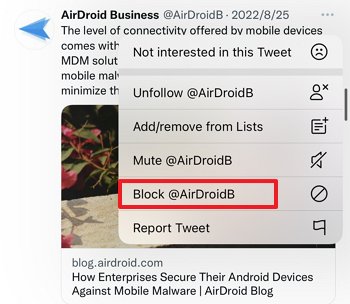 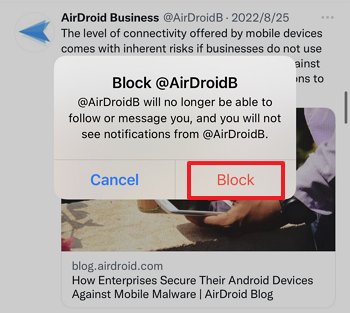 2Block from a Profile

Using the Block feature, you can manage your interactions with other users on Twitter. This function allows users to prevent certain accounts from following them, contacting them, or viewing their Tweets. Here is how to block someone on Twitter from a profile: 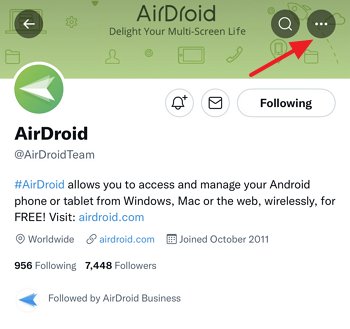 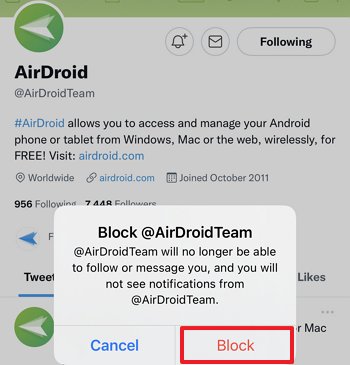 There are numerous ways to block a Twitter account and methods that work separately for different devices. Here are the most common ones that people are often looking for.

1From Your Web Browser

This method is for people using Twitter from their PCs or laptops. Also, this method will work on your browser, like Chrome, Firefox, Edge, etc. If you are on a PC, first you need to start your browser like Chrome and then follow the following steps to block a specific account on Twitter.

Step 1: First, open the profile of the user wish to block. Now click on the three-dotted icon to the left of the bell icon. 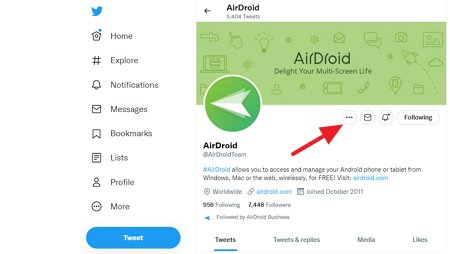 Step 2: A drop-down menu will appear. Now, you need to select the block option from the menu.

Step 3: A red-ish box will appear, asking you to confirm your action. Finally, click on the block to cut the ties.

Naturally, most of the Twitter users of 2022 are smartphones. So, let's look at how to block someone on Twitter using iPhone and Android.

Here is how you can block someone on an iPhone using the Twitter app:

Step 1: Click on the mobile app and fire it up.

Step 2: To block a user, you need to navigate to their profile, hit the menu button (three dots) in the upper right, and select block.

Step 3: You'll see a warning about what will happen after you block and then be asked to confirm the action. Select "Block" from the menu to confirm.

It is the same process as blocking someone using a Twitter app on an iPhone. Here is how Android happens:

Step 1: Go to the user's profile and click on the three-dot icon.

Step 2: Select the block option from the drop-down menu and confirm the warning.

Step 2: Now, you will see another option labeled 'Privacy and safety' - tap on it. 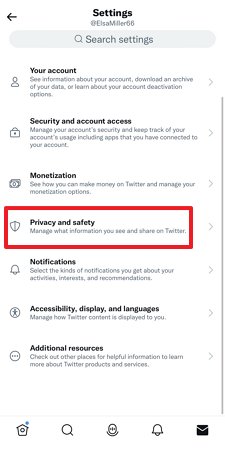 Step 3: Now, from the next screen, choose another option, 'Mute and blocked.' 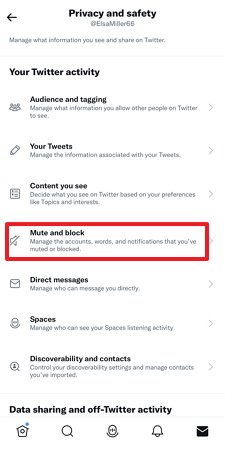 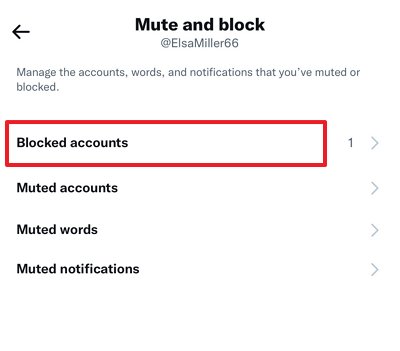 Step 5: No, you can see the list of all the Twitter accounts you have blocked under the 'All' tab.

Blocking is vital because it allows you to weed out the content or accounts that disagree with your interests. Furthermore, this option facilitates you in banning the spammers and stalkers who might be harassing you.

Furthermore, blocking Twitter is vital due to the following reasons:

Finally, it also aids the Twitter team in weeding out digital criminals and spammers.

Part 5: What Happens When You Block Someone On Twitter?

As soon as you decide to block someone on Twitter:

You can unblock someone on Twitter by following a simple method:

Step 2: No, click on Privacy and safety. Now, tap on the option labeled as Mute and blocked.

Another way of unblocking is simply going to their profile (if they have not blocked you too). And clicking on the three-dot icon, and finally, clicking on unblocking option. 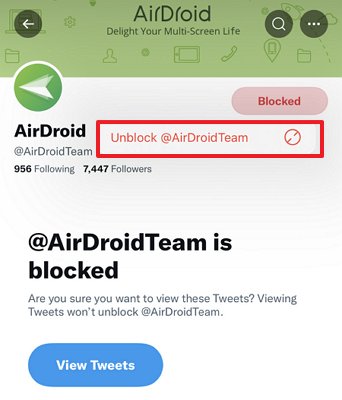 Part 7: How to Block Twitter App on My Kid's Phone?

Twitter is usually a playground for grownups, but with the rise of meme storms and kids' interest in Twitter, they are also attracted to it. But how do you block the Twitter app on your kid's phone? - if the need arises. Unfortunately, Twitter does not provide you with a straightforward process of blocking its apps on your kid's phones.

The good news is you can do it with a third-party app, which will let you block Twitter from your kid's phone. And it will also allow them to completely control their online life in real-time. AirDroid Parental Control is not just an app but a thing of necessity in this rush of a digital world. You can keep an eye on your kids for their well-being in the physical world, but when it comes to the digital world, you need specific tools designed to do that. And AirDroid Parental Control is a tool that gives you complete control over their phones, location, notifications, messages, calls, and much more. Here is how you can install it:

Step 1. Install AirDroid Parental Control from the Play store or App store and follow the instructions.

Step 2. Take your kid's phone and install AirDroid Kids by following the instructions from your phone.

Step 3. Finally, bind both devices by pairing them through unique codes. Congratulations, you are the master of both phones, and now you can act as a silent guardian to your kids' online well-being and block the Twitter app.

Twitter has grown exponentially in recent years, and so have its options to facilitate its uses. You have read and understood multiple methods to block someone on Twitter in this blog. Among a few notable things, AirDroid Parental Control is making its name among the apps, and the users are growing. Finally, please let us know if we have missed something in the comments. Thanks for the Read!

1. Can You Block Someone on Twitter Without Them Knowing?

Yes, they don't receive a notification when you block them. Blocked accounts will not be notified that their account has been blocked.

No, a blocked person cannot see you or your activity on Twitter.

3. How Do I Block Someone on Twitter Without Unfollowing Them?

You cannot; they are automatically unfollowed when you block them.

When you visit their profile, you will not see any of their tweets and may see a blocked button.

5. When You Block Someone, Do They Know?

Yes, if they decide to visit your profile. However, they don't get a notification saying they have been blocked.

6. What Is the Difference Between Blocking and Muting on Twitter?

Blocking is cutting the ties completely, and muting is just not seeing any of their activity on your feed or notification bar.

Here is how you can block a hashtag on Twitter:

Step 1: Go to the notifications tab.

Step 5: Go ahead and enter the word or hashtag you wish to silence here.