What is Mukbang?And Is It Safe for Kids?

Mukbang is an online trend where people eat large quantities of food in front of a webcam for others to watch. You get to see and enjoy the food; sometimes, there are reactions or giveaways. But is it safe for kids? Is it something that parents should be encouraging? Let's take a closer look at mukbang and what you need to know. 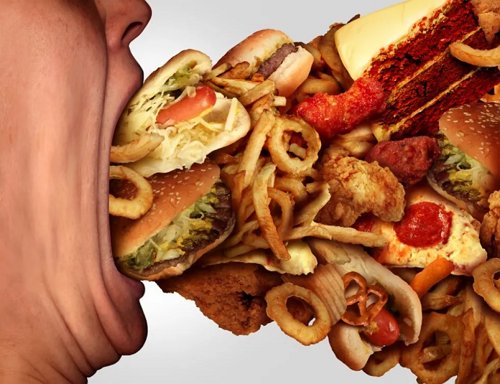 A mukbang is an online broadcast in which hosts eat meals while interacting with viewers. The word "mukbang" comes from the Korean words for "eating" and "broadcast." In addition, Mukbangs rose to popularity in South Korea in the 2010s and have gained a following worldwide. Also, while mukbangs can be enjoyed for their entertainment value, they offer a unique way to connect with others over food. For many viewers, watching a mukbang is like sharing a meal with a friend. Lastly, in a hectic and often isolated world, mukbangs provide a moment of relaxation and connection.

Part 2: What Is Mukbang ASMR?

What is a mukbang ASMR ? It's a live stream where the host eats large amounts of food while interacting with viewers. Likewise, the appeal of mukbang ASMR lies in the sounds of eating - from the crunching of chips to the slurping of noodles. 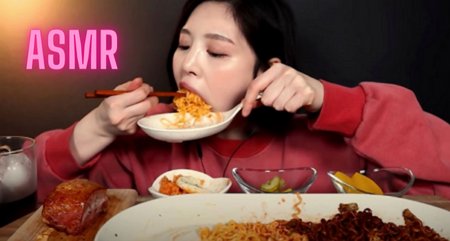 In addition, some say it's calming, while others find it strangely satisfying. Whatever the reason, mukbang ASMR is one of the hottest YouTube trends. So if you're looking for a new way to relax or want to watch someone else eat an entire pizza, mukbang ASMR is worth checking out.

Mukbang is a new trend that is taking the internet by storm. Essentially, mukbang is a live stream of someone eating food. While this may sound like a boring concept, mukbang has become increasingly popular, particularly on YouTube.

Similarly, there are several reasons why mukbang is so popular.

So if you're looking for something new to watch on YouTube, check out a mukbang stream and subscribe your favorite mukbang youtuber!

Part 4: Is Mukbang Safe for Kids?

All its popularity aside, mukbang does have its share of detractors. In addition, some health experts have raised concerns that mukbang could encourage overeating among kids and adults. Similarly, there are also concerns about mukbangers being exposed to unhealthy amounts of salt, fat, and sugar. 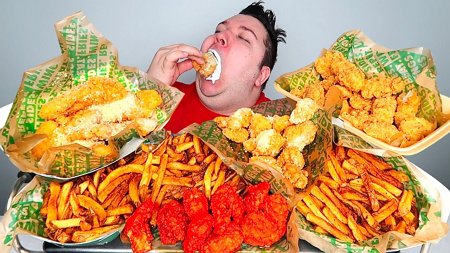 Lastly, while mukbang may not be suitable for everyone, there's no doubt it's here to stay. So if your kids like mukbang videos, be sure to keep a hawk's eye on them.

Part 5: How to Set Mukbang Limits on Kid's Youtube?

No explicit option or direction allows you to set limits on your kids' YouTube. Fear not; we will solve that issue in a moment; please keep reading! AirDroid Parental Control is one of the most essential and valuable applications that has come out in this decade. Why? Here are its perks: Also, numerous other advantages of this app make it a necessity for today's unexpected lifestyle. Here is how you can set up the Airdroid Parental Control app on your phones:

Step 1: Like all other apps, you need to download and install them first. After you have installed and launched AirDroid Parental Control on your mobile device, you will be taken to the registration screen. First, create an account for yourself, and then sign in.

Step 2:Install AirDroid Kids on the device you want to monitor. Launch AirDroid Kids as the installation is complete, and then configure the device with the appropriate settings.
Step 3:After that, you need to enter the pairing code to connect the device. This can be done by entering the unique codes.

Finally, by following the above method, you can start getting live updates about the whereabouts, surroundings, internet activity, and set mukbang limits on your kid's Youtube.

So, what is mukbang? In short, it's a live-streamed video where the host eats large quantities of food. And no, we're not talking about a few bites here and there. Some hosts have been known to eat upwards of 10,000 calories in one sitting! We don't know what will if that doesn't make your stomach churn. It may not be a tremendous influence on your kids. And it would help if you watched out for their eating habits and routine. Just be sure to use the AirDroid Parental Control App to set mukbang limits on your kids' YouTube, so they're not tempted to overindulge.

1. How Did Mukbang Originate?

Mukbang originated in South Korea in the last few years. The word mukbang combines the Korean words for eating (muk-ja) and broadcasting (bang song). Also, Mukbang involves broadcasting oneself eating a meal, usually via webcam or smartphone. The broadcasts are typically live and can last for several hours.

In a nutshell, overeating in a sitting is never healthy. For those who don't know, mukbangs are live broadcasts where people eat large quantities of food. Some mukbangers will down an entire pizza or two by themselves. And all that chewing can't be good for your jaw muscles. Plus, mukbangs can be pretty addictive. Once you start watching, it's hard to stop. And before you know it, you're eating way more than you would if you weren't watching mukbangs in the first place. So if you're trying to lose weight or watch your calorie intake, mukbangs are probably not the best idea. But if you're just looking for some entertainment, then go ahead and mukbang away!

3. What Are the Risks of Mukbang?

Some mukbang addicts even go so far as to consume entire meals on camera, often with dramatic flair. While mukbang can be entertaining to watch, there are also some real risks.

For one thing, mukbang can lead to overeating. Watching someone else eat a lot of food can make us feel hungrier, and we may be tempted to eat more than we otherwise would. This can lead to weight gain and other health problems. Additionally, mukbang can trigger feelings of envy and insecurity. Seeing someone else enjoy a lavish meal while stuck eating scraps can make us feel bad about ourselves.

4. What Are the Benefits of Mukbang?

While mukbang may seem strange to some, there are few benefits to this type of content.

5. What Is the Difference Between ASMR and Mukbang?

ASMR and mukbang may seem similar at first glance - both involve people eating on camera. However, there are some critical differences between the two genres.

ASMR, or autonomous sensory meridian response, is a video designed to trigger relaxation and calmness. The videos often feature soft sounds and gentle movements, with calming or meditative effects on viewers.

Mukbang, on the other hand, is a type of video focused on the food itself. These videos often feature viewers eating large quantities of food and usually have an upbeat or festive atmosphere. While mukbang videos can be enjoyable to watch, they are not intended to trigger ASMR responses.

6. How Do I Start a Mukbang Channel?

So you want to be a mukbang star? You're lucky because it's never been easier to get started in the world of mukbang.

You only need a webcam, good lighting, and a healthy appetite. Once you've sorted your setup, it's time to start munching. Mukbangers typically eat large quantities of food, so don't be afraid to pile your plate high. As you eat, engage with your viewers by discussing the food, sharing stories, and answering questions. Finally, with some practice, you'll be on your way to mukbang stardom in no time.