How to Screenshot on Motorola?[2022 Answered]

Do you remember how we used to take lengthy notes from textbooks or college whiteboards in our education days? And you know how painful it is to feel you are missing a single critical point. Learning could have been fun if we had a smartphone and could take screenshots back then. Nowadays, taking screenshots is a child’s play for everyone where they are up to capturing celebrity tweets, a funny conversation with your friend, or storing important information for a blog post. But you would be surprised that many so-called “screenshot-users” are unaware of the full potential screenshot function. 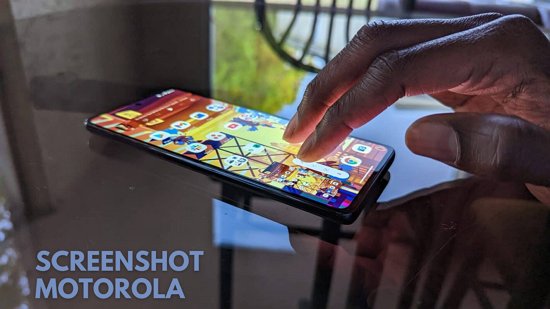 Theoretically, a screenshot is a captured image from your device’s display, whether from a computer, laptop, tablet, or mobile. Like other mobiles, the function is also available in Motorola mobiles like Moto Stylus G, Moto Razr, or the well-known Moto Edge 30X, and its got plenty of valuable features within the screenshots function.

So if you have a Motorola mobile and want to know its more function than merely taking a screenshot, here’s the detailed guide on how to screenshot Motorola. You will learn multiple ways to grab a screenshot from multi-touch to multi-key function, discussed here in the step-wise procedure. So let’s get right to the topic.

Part 1: How to Take a Screenshot on Motorola Smartphone?

There are not one but five different ways you can take a screenshot on your Motorola smartphone.

Like other mobile phones from OnePlus, Samsung etc., you can also take a screenshot on Motorola using multiple buttons. This is the most common method for taking Motorola screenshots. Here’s how to do it:

Step 1: Place your fingers on the power button and volume down key.

Step 2: Press both power and volume down buttons briefly and simultaneously. 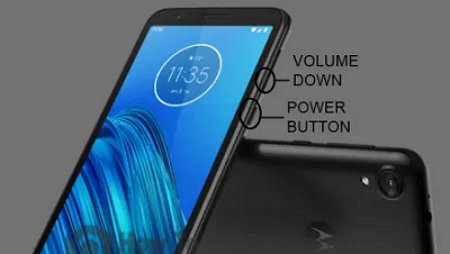 Step 3: You will notice the screen flashing. Then you have successfully captured a screenshot on Motorola.

2. Take Screenshot on Motorola By Power Button only

Unlike the volume button, you can take a screenshot on Motorola only with the aid of your power button. Here’s how you can do it:

Step 2: A shortcut dialogue box appears with many options.

Step 3: Click on the Screenshot icon to capture your phone's display.

This is another solution on how to take a screenshot on Motorola. If your volume rockers and power button creates a problem taking a screenshot, you can still take it with the three-finger method, also called the gesture method. 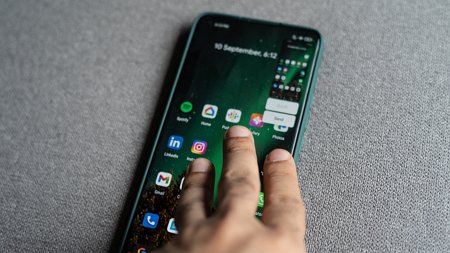 Step 1: Go to the phone's Settings. Hit Display. Then go to Advanced.

Step 2: Now enable a Three-Finger screenshot by toggling it on.

Step 3: Once done, go to the Display you wish to capture a screenshot.

Step 4: Place three fingers on your phone's screen and swipe down from top to bottom. You've now taken a screenshot.

Google Assistant is also a commonly used method to capture screenshots and do much more. Here’s how you can ask Google to carry out the task for you: 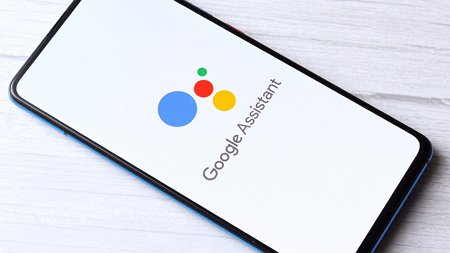 Step 1: Go to the content you want to take a screenshot.

Step 2: Bring your mobile phone close to your mouth and say,“Hey Google.”

Step 3: This will activate Google Voice Assistant. Once activated, now say,“Take a screenshot.”

That’s also one way to capture a screenshot.

Though it is a third-party app, it is another way to take a screenshot on a Motorola phone. AirDroid Parental Control is undoubtedly the most efficient third-party app. The app's main objective is to control your child's device and monitor the activities. The app provides parents with an overview of App and Screen Time Management, and Location Tracker sends Daily Usage reports to inform parents about their specific activities. Apart from these beneficial functions, you can take a screenshot of the controlled device very quickly. This can be done by the Screen Mirroring feature available as AirDroid Parental Control. When parents find something inappropriate on children’s devices, they can take screenshots to protect their children from internet predators and reduce cyberbullying.

Here's the complete procedure on how to set up the app and take a screenshot anytime you want:

Part 2: How to Capture Long Screenshots on Motorola?

If you have a web page or a lengthy document, taking a screenshot of it is close to impossible, right? But Motorola offers the scroll capture function allowing you to capture long displays on your phone. 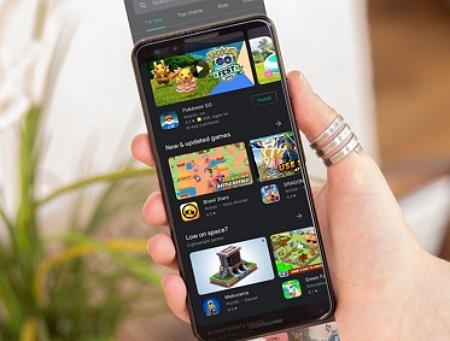 Follow the below steps to enable the feature and capture long displays through the scroll-capture function:

Step 2: Once done, press/hold volume down rocker and power key up to three seconds. Your first screenshot is captured.

Step 3: After this, you will notice a “Double down arrow key” at the bottom left of your phone’s screen. Click it and grant the Moto Actions permission by hitting Start Now.

You can now take a screenshot using scroll capture.

Part 3: How to Find or Delete Screenshots on Motorola?

If you have a screenshot saved, just not earlier, and you wish to delete it. Here’s how to find it and delete screenshots on Motorola.

Step 1: Open the camera app in your Motorola. Now go to the photo gallery.

Step 2: If you don’t find the screenshot there, go to the folder named“Screenshots”and click it. You will see all the screenshots you saved till now.

Step 3: Once you get there, you will see options to edit, delete or share. (depending on the model, you may see other options as well) 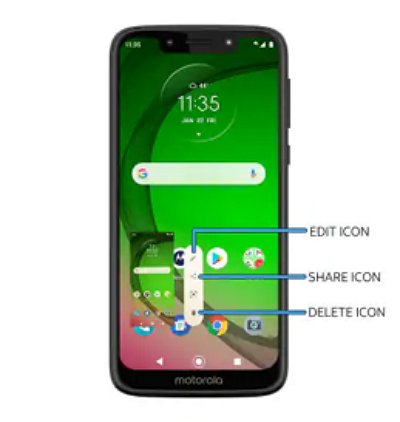 Part 4: Why Do We Need Screenshots?

Taking screenshots is extremely helpful in a bundle of ways. Some claim it to be one of the most necessary options to carry on their business and everyday routine tasks. Some aspects are:

For collaboration: Screenshots effectively collaborate with your teammates where you can give comments. Not only that, but you can also use the screenshot in collaborating with your client on getting approvals on the specifics.

For demonstration: The screenshots can be used in How-Tos operations where you can communicate to viewers and tell them how to carry out a task step-wise. This way, they will know precisely how the specific action is performed. 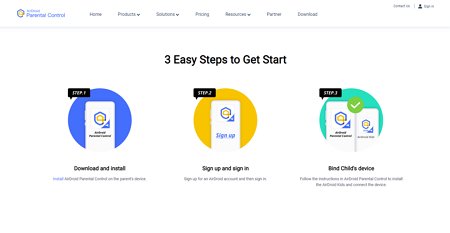 For complaint acknowledgment: Taking screenshots of a particular matter can instantly acknowledge the receiver what problem you’re facing and help them suggest a remedy for it. You do not have to explain in lengthy talks or long emails; let the screenshot do the job. 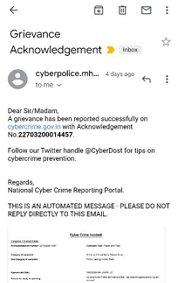 So this is how to screenshot Motorola. Taking a screenshot on this mobile is easy and helps you simplify various activities that would require much effort. On your Motorola, you can capture a screenshot via various built-in options like a three-finger, multi-key combo, and merely the power button, whichever suits your taste. Not only that, but you can also take someone’s else screenshot via a third-party app such as AirDroid Parental Control. Using this app not only aids in team collaboration but also helps monitor your child’s activities efficiently.

Part 5: FAQs about Screenshotting on Motorola

How Do You Screenshot on a Motorola Phone without the Power Button?

You can use the three-finger feature in your Motorola by enabling it from Settings>Display>Advanced>Screenshot. ( For detailed steps, refer to the guide above)

How to Edit or Share Screenshots Immediately on My Motorola Smartphone?

Once you’ve taken a screenshot, go to Gallery>folder name “Screenshot”>open desired screenshot. Here you can find options to edit, share and delete.

How Do I Take a Screenshot without the Volume Button?

You can press and long hold the power button and select the Screenshot icon from the options there.

How Do You Take a Palm Swipe Screenshot?

Take a screenshot without a single button click. Go to Settings>Palm Swipe>enable Palm Swipe to Capture”.

How to Make a Screenshot in Motorola G Pure?

You can take a screenshot via three multi-key combinations, power button, swipe capture and scroll capture options. The methods described above for Motorola mobiles also work in Motorola G Pure.

How Do I Change My Screenshot Settings?

You can change the screenshot settings via Screenshot editor. Go to Moto App>Touch>Moto Actions>enable Three-Finger Screenshot and Screenshot Editor.