KMSL Meaning: The Origins, Definition, Use Cases, and More

Do you know what KMSL is? If not, don't worry! You're not alone. Many people are unfamiliar with this type of internet slang. KMSL stands for "Killing Myself Laughing" and is commonly used informally online to indicate when something is funny. This acronym is similar to other popular internet slang terms such as LOL (Laugh Out Loud). This post will look closely at KMSL and explore its meaning in detail.

Part 1: The Use of Acronyms on the Internet

Before getting into KMSL, it's important to understand the use of acronyms on the internet. The way communication has changed since the internet introduced acronyms to online messaging. You would have had to use complete sentences and proper grammar in the past. Nowadays, people use acronyms online and offline.

There are two main reasons why acronyms are so popular. First, they can save time when you're communicating. For example, if you wanted to tell your friend that you're LOL, you would only need to type four letters instead of spelling out the entire phrase. Second, acronyms can add personality to your writing. We can use them to show emotion or tone, which can be difficult to convey through text alone.

Now acronyms are commonly used when texting or sending messages online. Many popular acronyms, such as ASAP (As Soon As Possible) and TIL (Today I Learned), are widely understood and used by people of all ages.

However, not all acronyms are as well-known as these examples. There are countless acronyms used informally online that most people are unfamiliar with. It cannot be very clear for someone unfamiliar with internet slang. If you encounter an acronym you don't understand; it is best to find out what it means before using it yourself.

Part 2: The Origins of KMSL

Now that we've covered the basics of acronyms on the internet let's get into the meaning of KMSL. As we mentioned before, KMSL stands for "Killing Myself Laughing." KMSL is a variation of LOL. This acronym is used to show someone's amusement during a text conversation. It's commonly seen as less original because it's overused, but variations like KMSL can pack more punch. 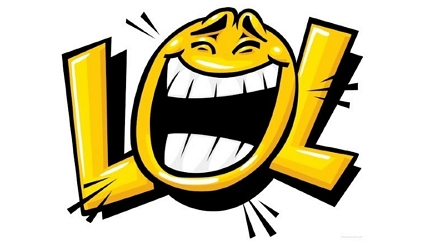 The first known use of KMSL was in a message board post from 2003. Since then, it has been used extensively online in various contexts. This acronym makes you think there are four words when there are only three. The person who came up with this probably believed that "myself" was two separate words (myself) going off the abbreviation IRL (In Real Life).

It's common to see KMSL used in comments, posts, and messages online. It is often used interchangeably with popular internet slang terms such as LOL. For example, if you found something funny online, you might say, "This video had me KMSL," or "I was KMSL at that comment."

KMSL can be used in various online contexts, such as social media, forums, and chatrooms. It is also commonly used in text messages. Teenagers are particularly likely to use this acronym when texting their friends.

Part 3: Use Cases of KMSL in Text Messages

KMSL is typically used to show when something is humorous. It's often seen in online conversations between friends as a way to respond to a funny comment or joke. While no one has ever literally died from laughter, KMSL is commonly used online to show how funny someone finds something. If you see someone reacting with KMSL, they are probably very amused and enjoying the content they are viewing.

In some cases, we can also use it sarcastically. For example, if someone made a comment that wasn't funny, you might say "KMSL" to show that you didn't find it amusing. You might also see KMSL used as an expression of excitement. For example, if you're looking forward to seeing a movie with a friend, you might say, "I'm so excited; I'm KMSL!" In this case, KMSL shows how much the person looks forward to the event.

Using KMSL sparingly is important, as overusing it can make you seem uninterested or unengaged in the conversation. In addition, using KMSL too much can make it lose its impact and meaning.

Here are a few examples of how KMSL can be used in different contexts:

User 1: I just saw the funniest cat video ever!

User 2: Hilarious! I was KMSL the whole time!

User 1: I'm excited about tomorrow's trip to the amusement park!

User 1: Did you see that new movie?

User 1: Just okay? I was KMSL the whole time!

As you can see, KMSL can be used in various ways to show someone's reaction to something funny, exciting, or interesting. If you're unsure how to use KMSL, observing how others use it online is the best way to learn. Please pay attention to the context in which it is being used and try to mimic that in your writing. With time and practice, using KMSL will become second nature.

Part 4: How to Explain the Meaning of KMSL to Your Kids

If you're a parent, you might wonder how to explain the meaning of KMSL to your kids. After all, it's important to be aware of your kids' internet slang. The best way to explain KMSL is to tell them that it's a term used online to show amusement. It's often seen in text messages and comments as a way to react to something funny. However, this same acronym can also innocently be used as cyberbullying tool. So, your kids must be aware of the context in which it is used. If they see KMSL being used negatively, they should immediately report it to you or another adult. 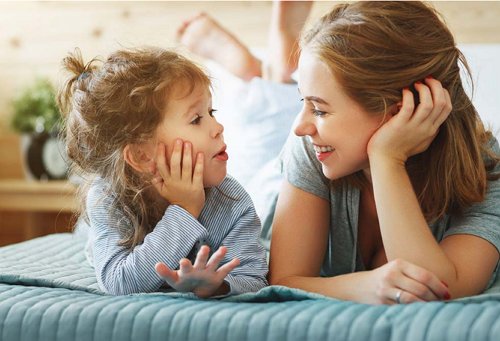 Parents should also take the time to explain that overusing KMSL can make it lose its impact and meaning. Like any other internet slang, it's important to use it sparingly. It will ensure that your kids are using it in the right context and not overdo it. Teaching them not to use it for cyberbullying is also important.

Part 5: How to Monitor Your Kids' Use of Internet Slangs

Suppose you're concerned about your kids' use of internet slang. In that case, you can do a few things to monitor their internet activity. First, take the time to sit down with your kids and explain the importance of using internet slang responsibly. Emphasize that some terms, like KMSL, can be seen as cyberbullying if used negatively.

In addition, ensure a good parental control app is installed on all devices your kids use. One of the best options is the AirDroid Parental Control. It's an all-in-one solution that lets you see everything your kids do online. It helps parents better monitor and manages children's devices. You can quickly locate your kids and family, check location history, review children's device usage, and schedule screen time & application usage. Get it now and have peace of mind knowing your kids are safe online.

Finally, encourage your kids to come to you if they see something online that makes them uncomfortable.

KMSL is a commonly used internet slang acronym that shows amusement. It's often seen in text messages and comments as a way to react to something funny. However, we can also use the same acronym as cyberbullying tool. So, it's important to be aware of the context in which it is used.

If you're a parent, you can explain the use of KMSL to your kids by telling them that it's a term used online to show amusement. You can also monitor their internet activity by installing a parental control app on their devices. With AirDroid Parental Control, you can remotely view what kids are doing on their devices, set limits on their screen time, block inappropriate websites, and more. By taking these measures, you can help your kids stay safe online.