How to Use Discord on PC/Mac?

[6 Simplest Ways] How to Use Discord on PC/Mac ?

Discord is very popular in the gaming community because of its high-quality, lag-free voice chat. However, the Discord for PC has often been criticized for being heavy and using up a lot of the CPU. High CPU usage introduces lag and long load times to gamers' devices; this is an unpleasant experience. Fortunately, you can use Discord on your PC without having to install it, and this is what we’ll be covering in this article.

Part 1: System Requirements to Download Discord on Your PC/Mac

Discord has a version for each major operating system for mobile devices and PC. These include one for: Mac, Windows, Linux, Android and iOS. For PCs, your system needs to meet the following requirements: Windows - 7 or higher, Mac - MacOS 10.11 and up.If your PC meets these system requirements, you can set up the PC version of Discord in 2 simple steps.

Start by going to Discord’s download page and clicking on the version that corresponds to your PC’s operating system. 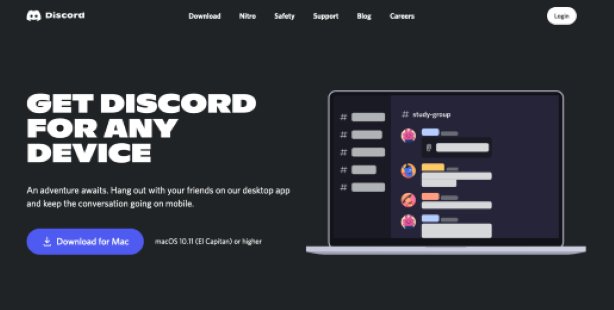 When the download is complete, run the setup file to install it on your computer.

Part 2: Use Discord on PC/Mac Without Installation

There are several reasons why you wouldn’t want to install the PC version of Discord. The most recurrent reason among regular uses is that this software is heavy and uses up too much of the CPU. This makes multi-tasking a nightmare.

Use Discord on PC/Mac through AirDroid Cast

AirDroid Cast is a powerful screen sharing and controlling tool. It is one of the most versatile screencasting tools in the market, it doesn’t matter if you’re using Windows, macOS, Android, or iOS, everyone is included.

AirDroid Cast works well for using Discord on PC because it is more than just a screen casting solution. You can set up AirDroid Cast in three simple steps.

Step 2.Select a connection method
AirDroid Cast allows you to connect your phone and PC in three ways. Whether you’re using an iOS or Android device, you have at least 2 connection options, including: WLAN, AirPlay, USB Cable Note : Before you use this method, ensure USB debugging is enabled. 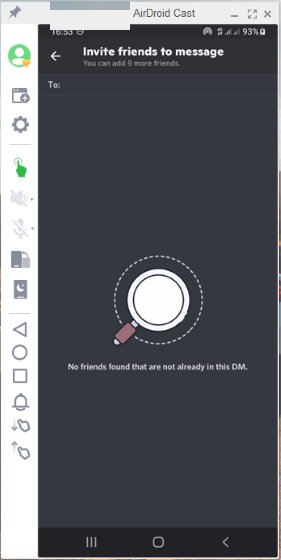 Use Discord on PC/Mac through ApowerMirror

ApowerMirror is a screen mirroring solution that allows you to cast an Android or iOS device’s screen to a PC. You can also use this tool to use Discord on PC in a similar way to AirDroid Cast. It gives you keyboard and mouse control over the cast screen. As a result, you will freely be able to use discord on your PC whether it runs on Windows or Mac. 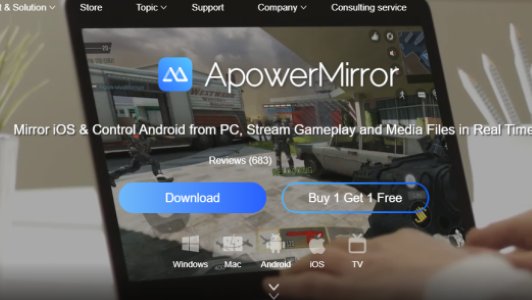 Use Discord on PC/Mac through LetsView

LetsView can also be a fantastic solution for using Discord on your PC. As a result of its mobile-friendly design, it quickly loads on your mobile device and PC.Contrary to AirDroid Cast, it only offers connection via WLAN, but it’s still capable of delivering a high-quality cast.

Use Discord on PC/Mac through AnyDesk

AnyDesk is another versatile screen mirroring tool that is can be useful when you want to use Discord on your PC. This solution is focused on speed, to give you the fastest experience when casting your phone’s screen to your PC. You can connect your devices using a casting code or QR code, similar to the way you would with AirDroid Cast.

Use Discord on PC/Mac through Castto

For Android users who are not concerned with too much functionality, Castto is a good easy-to-use screencasting tool.It has a simple interface that doesn’t require users to be tech-savvy. Just like the other solutions, you can cast your Android phone’s screen and use Discord on your PC. 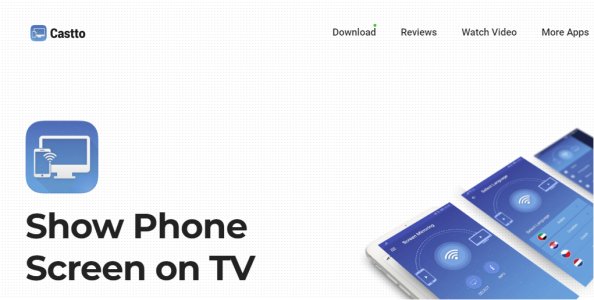 Use Discord on PC/Mac through Emulators

An emulator is software that helps your PC to mimic Android OS features. This allows you to install Android apps on your computer and use them natively. Two of these emulators are:

If you’re using an Android phone, this is a great way to use Discord. You simply download it from Google Play Store and use it in the emulator. Setting up these emulators (BlueStacks and GameLoop) follows the same basic procedure with a little differentiation at the later stages.

Step 1.Download and Install the emulator
Go to the official page and download the emulator of your choice. The installers are relatively small and once you install them, you will continue to do the download. They could take time and multiple steps to extract and install the relevant files.

Step 2.Sign in to your Google Account
BlueStacks comes with the Google Play Store pre-installed so you can directly sign in to your Google account.
But if you want to use GameLoop, you will have to install it yourself. To do this, Launch GameLoop and navigate to My Games>Others.

Step 3.Install Discord from PlayStore
Once you’re signed in, search for Discord on Play store, install it and use it just as you would on your Android phone.

Note :Because Apple is yet to publish its source code, iOS emulators don't exist. So this option is limited to Android users.

Part 3: Bonus Tips - How to Fix Discord Not Working on PC/Mac?

Your system could meet all the requirements to install and run Discord, but it fails to run or stops working unexpectedly. This is a common problem for competitive gamers. In this section we have assembled a couple of fixes to solve the following questions for you:

Discord can crash on your PC if you’re using outdated drivers, but you can easily rectify this by updating your drivers. There are two ways to do this.

If the crashing has been caused by corrupted files, deleting the app data should fix this. Use Windows + R and %appdata%\discord to open the data file. Click on the cache file, select everything on this file, and delete.

The app could be crashing because your PC’s media equipment is not compatible with the app’s standard audio subsystem mode. To fix this, navigate to Discord>User settings>Voice & Video>Audio subsystem on Discord. Under the Audio subsystem dropdown select Legacy.

Hopefully, these fixes work to solve your problem. If they fall short, you’ll have to do further troubleshooting to identify the cause of the problem.

Using Discord on your PC is a great way to communicate while playing multi-player games. AirDroid Cast presents you with an opportunity to do this without having to install the PC version of Discord. You can simply open Discord on your phone and cast the screen to your PC. That’s not all, you will have full control of the app from the PC, this way, you won’t miss out on anything.