Play Among Us on Mac with AirDroid Cast

Can I Play Among Us on Mac? – 4 Useful Methods

Considering the interface, display, and hardware design, anyone can say Mac is the best for games, but unfortunately, the reality is different. Mac supports only a few games to play on its OS. So, you must be worried about can I play Among Us on Mac?

Windows are more supportive of playing all kinds of games, but it does not mean you cannot play games on Mac. We have the three best solutions for playing Among Us on Mac. You can choose any of them as per need or which seems easily accessible. 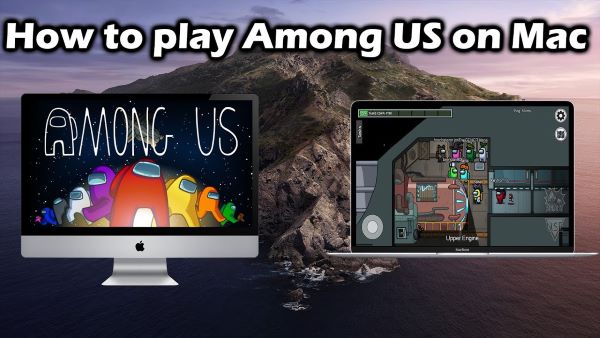 Here is a unique way to play your favourite games on Mac, and if you hear it for the first time, you will also be shocked. Install Windows OS on your Mac and enjoy all the games supported by Windows, and you can play the Among Us too.

“Among Us” is available for Windows but not for Mac. There are two possible ways to install Windows on Mac. One is through Boot Camp Assistant, and the second is by installing Parallels. Let's have a look at both the methods:

Now depending upon your model, you must decide which method to choose to install the Windows. It would help if you had a keyboard, mouse, or trackpad that you get with a Mac device or otherwise use an external keyboard and mouse to perform functions. 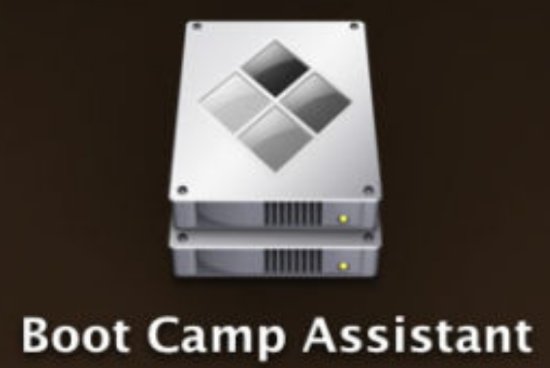 Before installing, create a backup of your device so you can recover your precious data in the future if required.

Step 1.Install app pending updates
Go to Apple Menu and then System Preferences. You must click on the Software Update option and install all available updates.

Step 2.Prepare Mac for Windows
This step is straightforward. First, Boot Camp will create a partition for your Windows setup with a specific name, "BOOTCAMP," and then Boot Camp support software is downloaded. The Boom Camp Support guides the whole process, and you must follow the instructions. 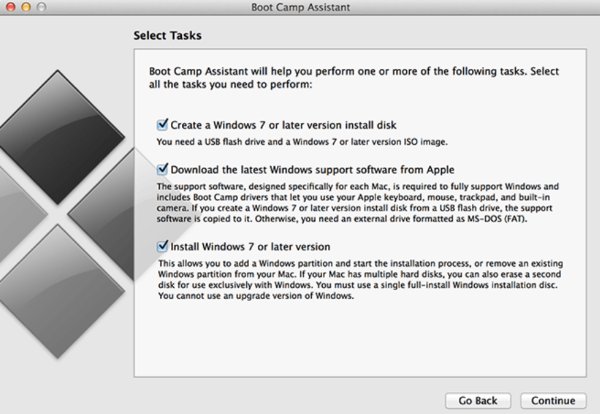 Step 4.Install Boot Camp
Once the Windows are ready to operate, start installing your Boot Camp Drivers that support your Mac hardware. Mostly, the drives automatically begin downloading, but you will download them manually if it is not. You can also get help from the Boot Camp Assistant User Guide for any ambiguity.

Parallels is a more recommended method for downloading the Windows on Mac as in Boot Camp; you must reboot your system every time you want to play your favorite game on it, while Parallels is free from such an irritating process. The 'Parallels' is a fast and easy method to install Windows on your Apple Mac.

The exciting fact about Parallels is that you can enjoy both the OS at times on your Mac device. On Windows OS, you can play Among Us, and at the same time, you can perform other functions on Mac OS. So, to answer the question of how to play Among Us on MacBook?  Parallels is more appropriate. 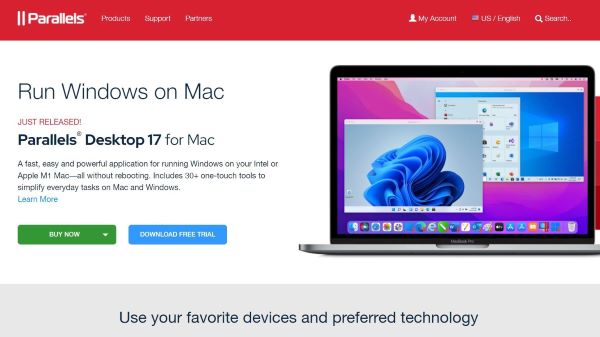 Follow these steps to play Among Us on Mac using Parallels:

Step 2.Launch the Application
You have to launch the app, and it will automatically detect and guide you on how to install the Windows.

Related : How to Play Android Games on PC/Mac?

Method 3: Play Among Us using Emulators

As Among Us is getting more popular daily, its followers are also increasing. The developers are also trying to approach the maximum audience for their game. Mobile users are already happy with playing games on their mobile phones, and even it is available on Windows OS.

Only Mac users are worried but don't need to change their complete system; instead, they can prefer any option from the three described in this article and play Among Us on your Mac. 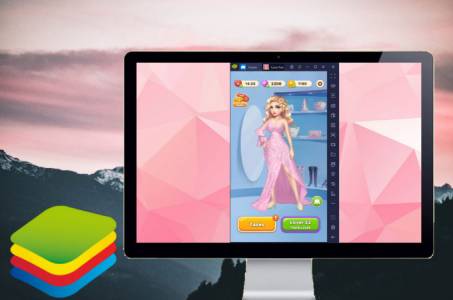 Let's look forward to another method to play Among Us on Mac. Whenever we listen to the word Emulators, the first one that comes to everyone's mind is the BlueStacks. BlueStacks is an emulator that runs on your Mac and Windows PC and enables you to enjoy many mobile applications and games that the PC or Mac does not support. Likewise, you can you BlueStacks for playing Among Us on Mac.

So let's have a look at how to download Among Us on iMac using BlueStacks:

Step 1.Download BlueStacks on Mac
Firstly, download the BlueStacks latest version on your Mac device. If you already have it, ensure you update it with the latest updates.

Step 2.Unblock BlueStacks
After downloading, you might not be able to access the BlueStacks. Go to Open Security and Privacy option and click on the 'Allow' button, and BlueStacks will now be able to proceed.

Step 3.Download Among Us on your Mac
In the search bar, search the Among Us game and download it. After downloading, you can play and enjoy the game.

Method 4: Play Among Us on Mac using AirDroid Cast

Can you get Among Us on Mac? Yes, another best option with a quality display is here for you. AirDroid Cast is a creative way to allow user to play Android/iOS games on PC with a very easy-to-use interface and flexibility that no other option can provide you with a little effort.

It is a powerful tool for screen mirroring and controlling your games on a big screen without any trouble and distortion with one of the best controls. AirDroid Cast is the best for sharing your screen from Android and iOS devices to PC or Mac. You can not only play games but also perform other functions of your daily routine using AirDroid Cast.

Step 1.Download and Install AirDroid Cast
Download and install the AirDroid Cast on your mobile phone and Mac by click “Try It Free” button below or go to Google Play Store or App Store. After installation, lauch the app on both your devices.
Try It Free

Step 2.Select the connection method
AirDroid Cast has the following options to connect the devices:

You will get a code on your Mac application. Scan it with your mobile phone or manually add it to start mirroring. You will also get a notification on both the devices to allow permission to cast a screen after you scan the code. This option supports remote and local network. Attach a USB cable with your mobile and Mac, and then click on the 'Cable' option from an application on Mac. Coose your phone in the available list. Step 3.Start mirroring and controlling your phone to play Among Us
After successful connection, your phone screen will be displayed on your Mac. For start playing Among us, simply click the hand icon in the interface and finish some setting to allows control feature. Then you can play Among Us on your Mac 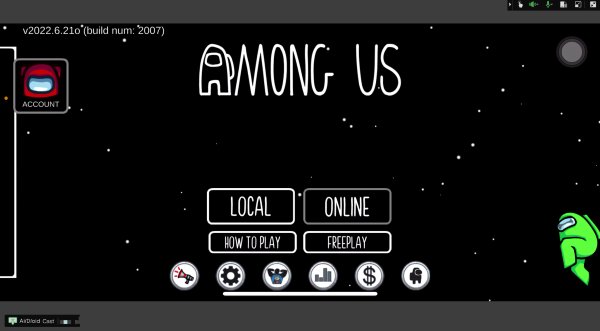 In this article, we discussed the answer to a question, i.e., "Can I play Among Us on Mac?" 'Among Us' was firstly developed for Android and iOS users. Later, it was available for Windows, and the Mac users are still waiting. But we are not far from playing it on Mac anymore. You can also play it using various methods. First, install the Windows OS on your Mac using Boot Camp or the Parallels. You can also use Emulators for this purpose. However, the best solution that provides the high quality display and controls for playing Among Us on Mac is the AirDroid Cast.