How to Screenshot on Google Pixel？

Google Pixel offers a unique blend of features and performance that sets it apart from the competition. A sleek design and high-quality cameras make it an eye-catching addition to any gadget. The smartphone is sure to meet your every need. Google pixel OS now includes a screenshot feature that allows you to take long, scrolling screenshots and capture lengthy lists and webpages. Even better, an easy-to-use quick tap makes taking screenshots even easier. Keep reading for the most comprehensive guide to taking a Google Pixel screenshot. 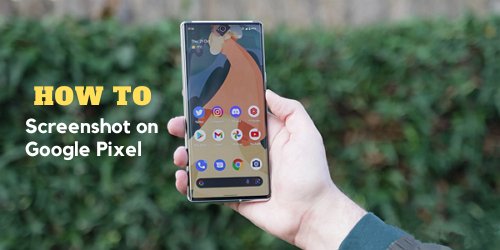 Part 1: 6 Ways to Take a Screenshot on Google Pixel

Whether you want to capture an image for work, presentation, or some personal project, taking a screenshot is an easy and efficient way to get the job done.

Users can capture what's happening on screen with the most intuitive keys combination.

Step 1. Open the screen you want to capture.

Step 2. Press the power button and volume down buttons simultaneously. 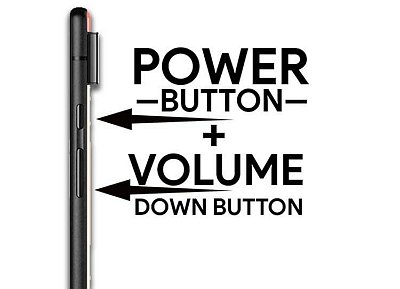 Step 3. The phone will capture a picture of the screen and save it.

When these physical buttons are pressed, a small window will appear with a few options to preview your screenshot. Google Pixels 6 and 6 pro users can also share or edit the screen capture right away.

Google has added a unique yet incredible way to capture screenshots from the Quick tab section.

Step 2. Click on Gestures to set up the gestures to take a screenshot. 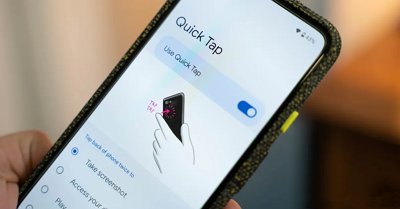 Step 4. Adjust the settings to Take screenshots from the list.

The option is disabled by default. Make sure to set up the necessary settings and enable the option beforehand.

There are other options to capture your screen without using buttons. Here is a look at how you can take screenshots in quick and easy steps.

Step 1. You can customize navigation options according to your preferences.

Step 3. Swipe up from the bottom of the screen and hold. 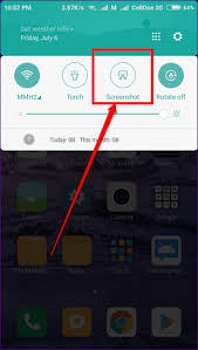 4Screenshot by the Power Button Only

Follow the steps to capture a screenshot with the power button

There are other options to capture your screen without using buttons. Here is a look at how you can take screenshots in quick and easy steps.

Step 2. A pop-up menu will appear at the bottom.

Step 3. Select and tap on the screenshot.

The Google assistant is always ready to assist you. Pixel users can take a screenshot with their Google Pixel smartphones with Google Assistant.

To do this, speak 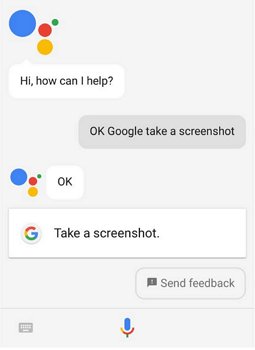 Google Assistant will then take a screenshot and save it in your phone's photos. If you want the assistant to listen to your voice command, you can use both phrases "Hey Google" or "Ok Google".

While the built-in option might have some limitations, such as being unable to take screenshots of restricted applications, you can download the AirDroid Parental Control application in that case. Besides being the most extensive parental control features, it offers an all-in-one solution for Android devices, such as screen mirroring, activity monitoring, taking screenshots and storing them in one place. The AirDroid Parental Control application is an innovative and compact package to resolve all Android issues. This platform offers all the latest features, tools and activities monitoring that keep an eye on your children's activities. It is an excellent resource for anyone looking for the best and most dependable parental control solution for their needs.

First-time users of AirDroid parental control need to set up the application.

AirDroid Parental Control offers several other phenomenal features that allow you to monitor and control your child's device usage, track your child's location, set limits on app usage, and view a detailed activity log remotely. The app is handy for parents in creating a safe space for their child to use their device, setting up a bedtime schedule, and managing screen time limits.

Part 2: How to Take a Scrolling Screenshot?

In this day and age, we are constantly inundated with information. Whether scrolling through our Twitter feed or browsing the latest headlines on our favourite news website, our eyes continually scan text and images.

Step 1: Press and hold the power button and volume down button. There is an option to preview images with a slide-out menu.

Step 2: In the slide-out menu, there are built-in functionalities to share, edit or capture more.

Step 3: Tap Capture more. This opens up a new page where you can crop the image to create a scrolling screenshot. 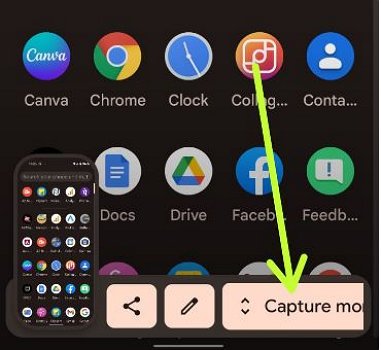 Step 4: Once the screenshot is cropped. You can tap Save in the top left-hand corner to save it in the photo library.

Part 3: How to Find, Share, Edit and Delete My Screenshots on Google pixel?

Your Google pixel phone automatically captures screenshots when you tap the power and volume down buttons at the same time. These screenshots are saved in the "Screenshots" album in your Google Photos account. 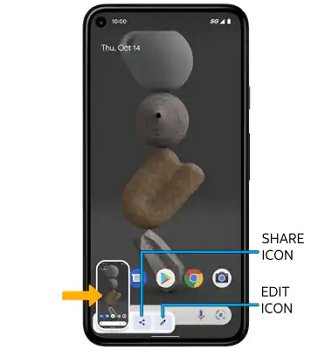 Part 4: How to Translate Screenshots on My Google Pixel?

The Pixel phone by Google comes with many Google applications right out of the box. For example, try opening the Google Assistant app. You'll have instant access to all sorts of cool stuff like search and voice functions, maps, calendar scheduling, translation tools and AI-based Google Lens that can identify species, products and even humans in the photo. This is a straightforward way to access many great features from various Google products without opening multiple apps.

You can translate screenshots into several languages with the Google Pixel 3 and upper variants, including French, German, Italian, English, and Portuguese.

Step 1. Open the Application or website you want to translate.

Step 4. Select the screenshot you wish to translate and tap Lens.

How to Screenshot on Google Pixel 6?

Press the power and volume down buttons to capture a screenshot on Google Pixel 6 and Pixel 6 pro simultaneously. The phone will automatically capture screenshots and save them in Google Photos.

How to Take a Screenshot with Google Pixel 4a?

As well as using the power and volume down buttons, you can take a screenshot on Google pixel 4a by pressing and holding the power button. A pop-up window appears at the bottom. Click the screenshot to capture the screen.

Why Can't I Take Screenshots on Google Pixel?

The most likely reason is that you are using an app that doesn't support screenshots. For example, many video streaming apps will prevent you from taking screenshots to avoid piracy. Other apps may also have similar restrictions.

If you're sure the app you're using supports screenshots, You should press the Power and Volume down buttons and release them quickly. There is no need to hold it. Else, it won't work.

How Do You Screenshot on Pixel 10?

You don't need to hold two button combinations to take screenshots on a Google Pixel with Android 9.0 or 10.

Just select the screen you wish to capture. Press and hold the Power button. Select screenshot. Once you capture the screenshot, the Pixel displays a notification confirming that it has been saved. To view the screenshot, tap it.

How to Screenshot on Google Pixelbook?

If you use a keyboard with Google Pixelbook, follow the steps to take a screenshot instantly.

Step 1: To take a screenshot of the whole page, press the control and overview keys simultaneously.

Step 2: By pressing the control, shift, and overview key, you'll be able to capture a partial screenshot. Now click and drag over the area you want to capture.

Step 3: Pixelbook users without a keyboard can simply hold power and volume down buttons to capture a screenshot of the entire page.

Where Are My Screenshots Stored on the Pixel 6 Series?